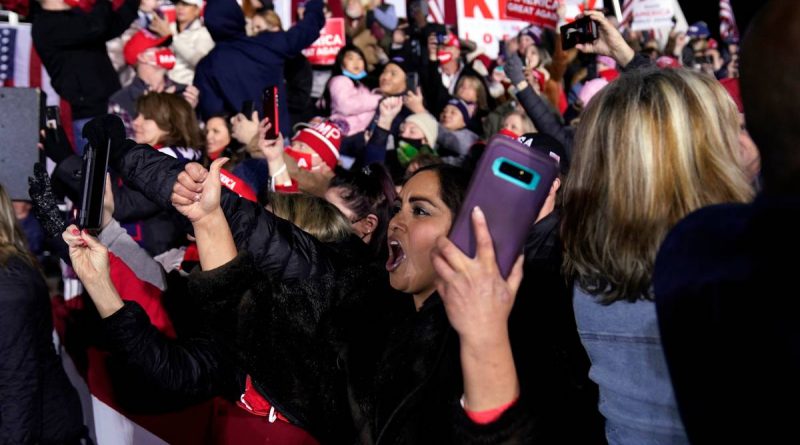 The US capital is bracing for potential unrest ahead of Congress’ vote to formally certify Joe Biden’s election victory over President Donald Trump.

Some 340 National Guard troops will reportedly be mobilised in Washington DC ahead of planned protests by Trump’s supporters, which have sparked fears of potentially violent clashes.

The President’s supporters are planning to hold rallies today and tomorrow to bolster Trump’s unproven claims of widespread voter fraud.

Trump has encouraged his supporters to attend the demonstrations on January 6 (January 7 NZT), to coincide with a vote in Congress to certify the electoral college results.

The President has hinted he may attend the protests himself, tweeting on Sunday: “I will be there. Historic Day!”

However, Muriel Bowser, Washington DC’s mayor, has urged people to stay away from the city’s downtown area amid fears the protests may turn violent.

These fears were echoed by the city’s police chief Robert Contee yesterday, who warned during a press conference: “There are people intent on coming to our city armed”.

Officials believe this week’s protests could be larger than any other demonstration yet held in response to November’s election.

Businesses in downtown Washington have already begun boarding up their windows in preparation.

According to a US defence official, Mayor Bowser has requested to have National Guard members on the streets from tomorrow to Friday to help with the protests.

The official said the additional forces will be used for traffic control and other assistance but they will not be armed or wearing body armour.

Some 340 National Guard members will be activated, with about 115 on duty in the streets at any given time, according to the official.

At least four protests are expected on Thursday. The US National Park Service – which manages federal land – said it has received three separate applications for pro-Trump protests this week, with an estimated maximum attendance at around 15,000 people.

Yesterday, a stage was being assembled for one of the protests on The Ellipse, just south of the White House.

Organisers plan to rally today at Freedom Plaza and again all day tomorrow on the Ellipse, including a 1pm Wednesday march to the Capitol.

Among those expected to attend are Texas Attorney General Ken Paxton, who attempted to help the President overturn the election result, and Republican strategist Roger Stone, a longtime Trump ally whose three-year prison sentence was recently commuted by the President.

The leader of the Proud Boys, a far-right group, was arrested in Washington DC on Tuesday after he was accused of burning a Black Lives Matter banner that was torn down from a historic black church in the capital last month.

Henry “Enrique” Tarrio, 36, was arrested by Metropolitan Police Department officers after he arrived in Washington ahead of the protests planned by Trump supporters.

Tarrio was taken into custody after a warrant was issued for his arrest for destruction of property, police said. He was also facing a weapons charges after officers found him with two high-capacity firearm magazines when he was arrested, a police spokesman said.

A pro-Trump rally in December ended in violence as hundreds of Trump supporters, some wearing the signature black and yellow of the Proud Boys, sought out confrontations with a collective of activists and counter-protesters attempting to bar them from Black Lives Matter Plaza, an area near the White House.

By nightfall, vandals tore down a Black Lives Matter banner and sign from two historic black churches in downtown Washington and set the banner ablaze.

Video posted online showed people pouring an accelerant on a Black Lives Matter banner near the Asbury United Methodist Church and setting it ablaze in the street as others cheered and cursed last month.

Tarrio told The Washington Post he had participated in the burning of the Black Lives Matter banner and said he would plead guilty to destruction of property and pay the church the cost of the banner.

Proud Boys is an organisation that describes itself as a club of “Western chauvinists” but has been categorised as a hate group by the nonprofit Southern Poverty Law Center.