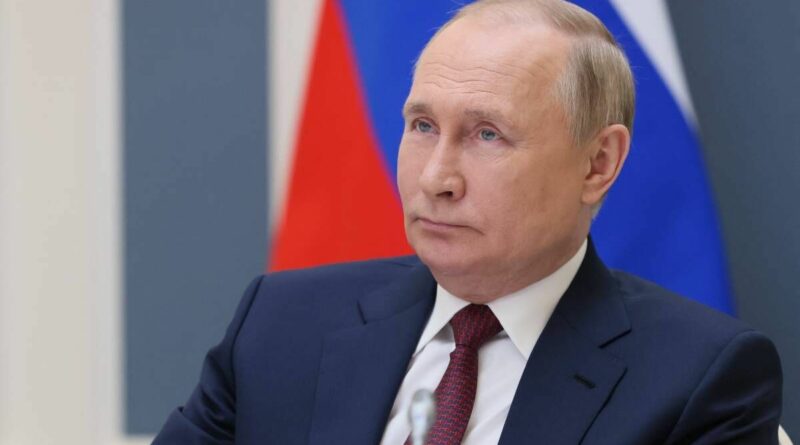 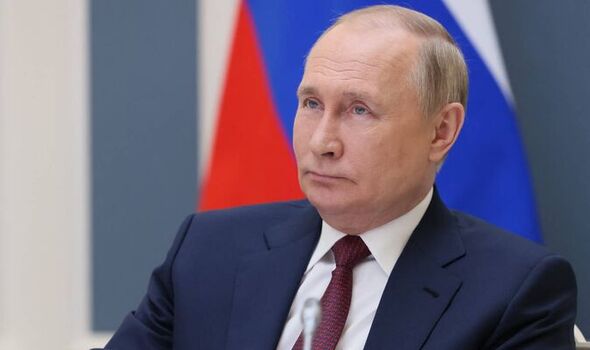 The Foreign Secretary accused the despot of “holding the world to ransom” by stopping much-needed supplies from leaving the country. And she rejected a demand by the Russian president to lift international sanctions on his country in return for opening a humanitarian corridor through the Black Sea port of Odesa.

Around 22 million tonnes of grain are reportedly stuck in Ukraine – one of the world’s biggest wheat producers – due to Russia’s naval blockade.

Speaking on a visit to Bosnia Herzegovina, Ms Truss said: “It is completely appalling that Putin is trying to hold the world to ransom.

“He is essentially weaponising hunger and lack of food among the poorest people around the world.

“We simply cannot allow this to happen. Putin needs to remove the blockade on Ukrainian grain.”

Ms Truss went on: “We will do all we can with our allies and partners to get the grain out of Ukraine and supply the rest of the world.

“What we cannot have is any lifting of sanctions, any appeasement, which will simply make Putin stronger in the longer term.”

At a joint news conference in Sarajevo with her Bosnian counterpart, Bisera Turkovic, Ms Truss, below, announced a new support package for the western Balkans, aimed at mobilising $100million (£80million) of UK-backed investment to counter Russian influence in the region.

She said Moscow’s “interference” in Bosnia Herzegovina threatens a return of the “dark days” of civil war, which tore the region apart in the 1990s.

Grain silos across Ukraine have been targeted, as shown in a shocking image of a post-shelling crater in the town of Sivers’k in Donetsk province, in the Donbas region.

Russia has sent thousands of troops into the Donbas, attacking from three sides in a bid to trap Ukrainian forces in the city of Sievierodonetsk and its twin, Lysychansk.

If they fall, the whole of Luhansk province will be in Russian control. After failing to capture Kyiv or second city Kharkiv in the first 90 days of the war, Russia is trying to seize full control of the Donbas.

Meanwhile, the number of Ukrainian prisoners of war held in the self-proclaimed Luhansk and Donetsk People’s Republics is increasing daily, with Luhansk official Rodion Miroshnik claiming it is “somewhere in the region of 8,000”.

Ukrainian military commander Gen Oleksiy Gromov conceded Russian forces have the upper hand in the Donbas, saying yesterday: “Russia has the advantage, but we are doing everything we can.”

He added Russia moving its Iskander ballistic missile systems to Belarus means there is now a risk of strikes on the west of Ukraine.