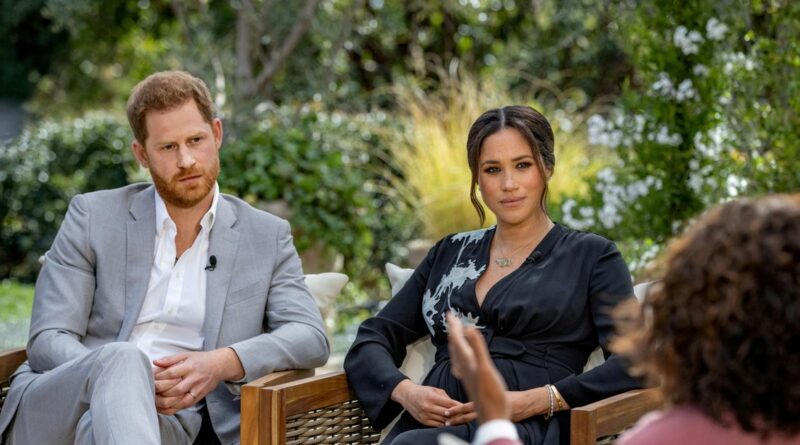 One year on from the bombshell interview with Oprah Winfrey and Prince Harry and Meghan Markle, the royal family is still reeling.

The Sussexes made a whole range of allegations, from an accusation of racism to a toxic culture within the 'Firm'.

The interview caused reverberations around the world and was intended to explain the reasons behind the couple's departures from the UK to the US and it split opinion among the public.

Some argued that the ex-royals were needlessly dragging the Windsor name through the mud, while others believed it to be quite understandable that Harry would want to keep his wife away from any supposed toxic environment.

So what were the bombshells and do we know if they are true?

Were Harry and Meghan secretly married?

Amid the frenzy around their wedding in 2019, Meghan claimed that they had gotten married in secret a few days before the televised wedding took place.

Meghan said: "You know, three days before our wedding, we got married. No one knows that… We called the Archbishop and we just said, 'Look, this thing, this spectacle is for the world but we want our union between us."

However, it was later revealed that this was an exchange of personal vows and not their official wedding.

The lines on modern interpretations of what makes a marriage are blurred and some argued that it is understandable that this may be why the pair viewed the exchange of vows as the official ceremony.

The Archbishop of Canterbury has also rejected the couple's claim.

He said: "The legal wedding was on the Saturday. I signed the wedding certificate, which is a legal document, and I would have committed a serious criminal offence if I signed it knowing it was false."

Did the royals cut Harry and Meghan off financially?

With the Sussexes now financially independent, having taken a step back from royal duties, they argued that they were cut off.

Harry already has a £7million inheritance left to him from Princess Diana, as well as another £3 million left by the Queen Mother.

Prince Charles had given the couple £2.5 million a year through his private estate before they cut ties.

Harry said: "My family literally cut me off financially, and I had to afford security for us."

The couple did pay back the costs of the renovations to Frogmore Cottage residence at Windsor and have since sought large financial deals, including ones with Netflix and Spotify, to become more financially secure.

Was Meghan was stripped of her passport?

During the interview, Meghan said: "When I joined that family, that was the last time I saw my passport, my driving licence, my keys – all of that gets turned over."

There has been no official confirmation, therefore it's not known if Meghan was stripped of her passport.

However, historian and royal author Robert Lacey told BBC that the act of taking Meghan's passport and keys would have been for her own protection.

He said: "Meghan had to hand in her driving licence under security rules. If she want out driving on her own, she would not be protected."

The Sun later alleged that Meghan went on at least 13 holidays during her time as part of the royals, including a baby shower in New York and trips to Ibiza, Botswana, Italy and Amsterdam.

Insiders said she must have shown her passport to border officials at 12 countries she visited as a tourist during that time.

When was the last time Meghan saw her sister?

It's believed that Meghan last saw her half-sister Samantha in 2008, rather than the "last 18 or 19 years" as the Duchess said.

The two did see each other at Samantha's graduation in 2008.

“I don’t know how she can say I don’t know her and she was an only child. We’ve got photographs over a lifespan of us together. So how can she not know me?’ Samantha told Inside Edition.

One of the most controversial points from the interview was an accusation of racism levelled at an unnamed royal, who is said to have asked openly about what the colour of son Archie's skin colour will be.

So little is known about the event, with Harry even saying he will never reveal who made the comment.

Of any comment that was allegedly made, the Palace said "some recollections may vary".

"The issues raised, particularly that of race, are concerning. While some recollections may vary, they are taken very seriously and will be addressed by the family privately."