Brave customers at one barbershop really are in the hot seat thanks to a maverick hairdresser’s technique of cutting hair using FIRE.

Kadir Demirel, who runs Kapsalon Istanbul, in Holland, has ditched the scissors and instead sprays flammable liquid on his clients’ hair before setting it alight.

Shocking footage taken inside the salon shows Mr Demirel using a comb to brush the hair while it is still burning and smoking. 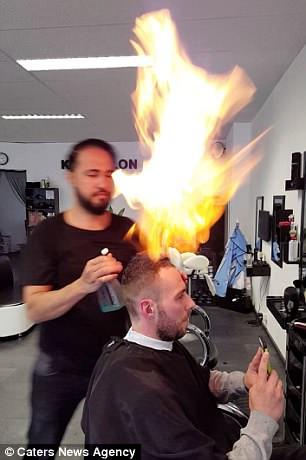 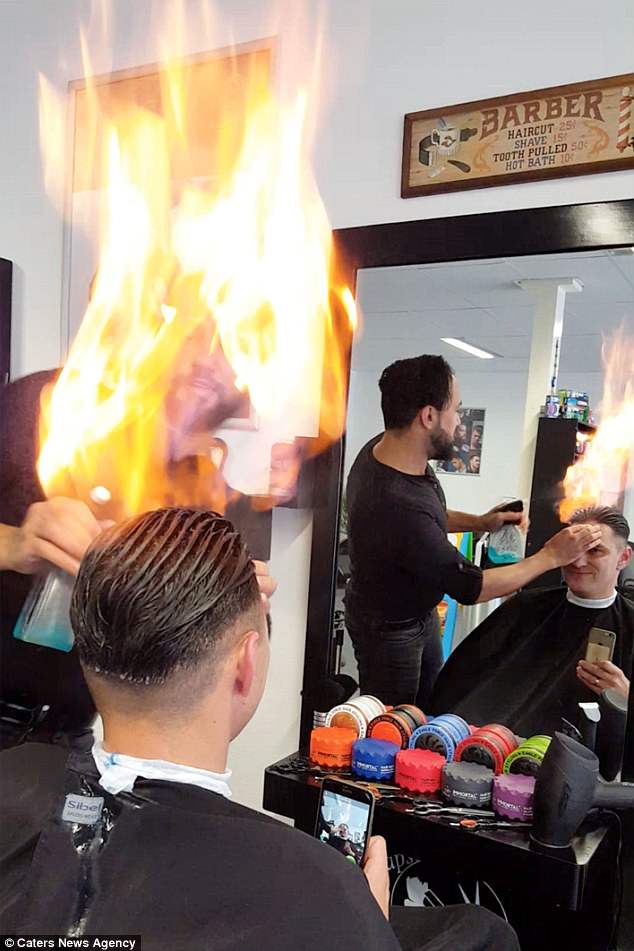 The 39-year-old businessman said: ‘I learnt this technique during my barber training in Turkey.

‘Traditionally it was used as a way of burning away lice when there was no cure and it was also used to style and smooth hair as there were no hair dryers at the time.

‘I use it to tame frizzy hair and burn away dead ends. Healthy hair isn’t damaged by this technique.

‘It can also be used to remove static hair after a cut but I wouldn’t recommend anyone trying it without proper training.

‘My customers aren’t scared because they trust me and it’s not painful. I have one customer who is just seven years old and another who is eight.

‘I enjoy my work because it’s so different. I also like to teach other barbers how to use this technique.’