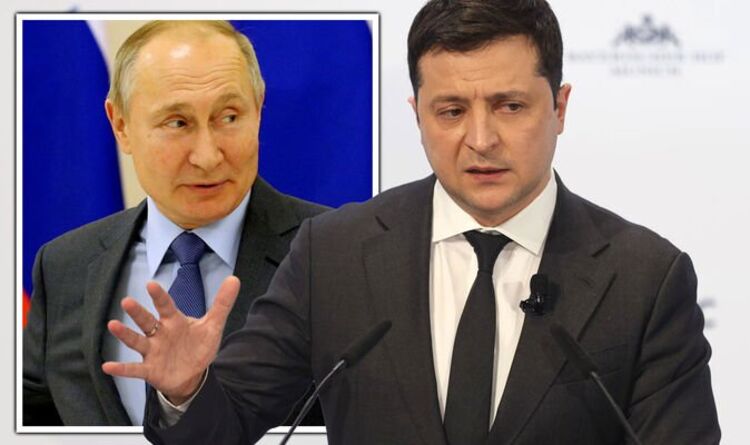 Kyiv has called on people around the world to join its forces in opposition to Russian invaders. Dmytro Kuleba, Ukrainian Foreign Minister, said yesterday, on Sunday, in a post on Twitter: “Foreigners willing to defend Ukraine and world order as part of the International Legion of Territorial Defense of Ukraine, I invite you to contact foreign diplomatic missions of Ukraine in your respective countries. Together we defeated Hitler, and we will defeat Putin, too.” Now, the Ukrainian President has signalled he will use Russian troops willing to stand up for their neighbouring country to fight against their own countrymen.

Mr Zelenskyy said Russian soldiers with military experience could be released if they were supportive of Ukraine’s defence efforts.

He added those released would have to be willing to fight against Russian forces.

It is unknown how many Russian troops Ukraine is holding in captivity.

Such reports, along with those on death counts, are highly disputable given their intention to raise troop morale (and, of course, to lower that of the enemy).

But were footage to be released of former Russian military personnel fighting for their country’s opposition, this would inevitably come as a big blow to Moscow.

Mr Zelenskyy insisted Ukraine would continue to fight against its invaders.

He warned Russian soldiers to “save your lives and leave”.

Ukraine currently puts the number of Russian solider deaths at 4,500, though this has not been confirmed.

A sizeable proportion of Russian troops was, as of this morning, on Monday, yet to be deployed into Ukraine.

Reports on Monday suggest this has started to change, with Russia beginning to force more power on its enemy’s forces.

This comes as Russian and Ukrainian officials meet on the Belarusian border for talks.

Kyiv went into negotiations seeking an immediate ceasefire and the withdrawal of Russian troops from Ukraine.

Ukrainian Defence Minister Oleksiy Reznikov was present at the talks.

Vladimir Medinsky, head of the Russian delegation, told RIA-Novosti: “We definitely want to reach some kind of agreement as quickly as possible.”

He added this had to be “in the interests of both sides”.