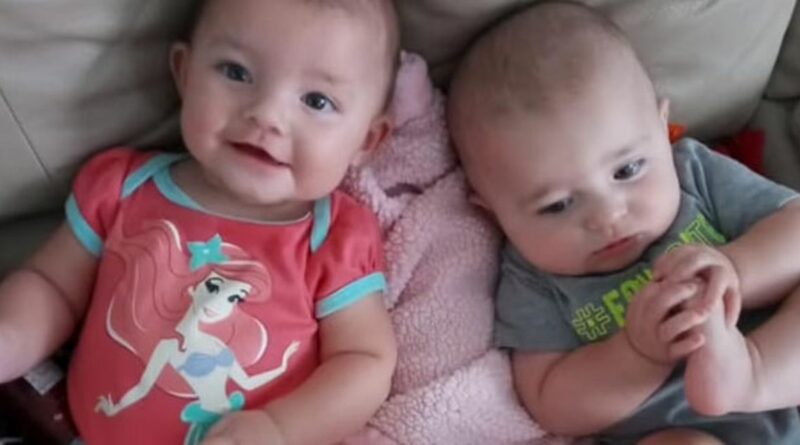 Baby twins ripped from their dad’s arms were amongst 22 deaths in Tennessee as horrific floods tore through the American state on Saturday.

The bodies of seven-month-old infants Ryan and Rileigh Rigney were found washed up after their distraught father tried to pull them through the hellish flash floods.

Angie Cason, the twins' grandmother, toldNewsChannel5 they were at home with their mother, father and their five-year-old and 19-month-old siblings before the chaotic tragedy unfolded.

As the pounding waves of water quickly tore through the family house, the babies were ripped from his arms and plunged under the dirty water.

Bereaved relatives praised the support and said: "You all are like angels to us right now.

"We appreciate everything everyone has done. It is things like this of everyone helping that gets us through such hard times in life.

"From the bottom of all of our hearts thank you so so much God bless each and every one of you for helping us."

The catastrophic disaster also claimed the lives of 20 others – including Country singer Loretta Lynn's ranch foreman who clung to a beam before being swept to his death.

A horrifying picture shows Wayne Spears seconds before he drowned after the wooden barn he was gripping was demolished by the powerful flood.

Lynn herself released a gushing statement that said: "With the heaviest of hearts we are saddened to report that our beloved foreman did not survive being swept up in the floodwaters… we are all devastated by his passing." "He's out at his barn and next thing you know, he goes from checking animals to hanging on in the barn to people seeing him floating down the creek," Humphrey's County Sheriff Chris Davis told theTennessee Holler.

"And that's how fast it had come up."

Over 40 people are still missing and the Tennessee Emergency Management Agency has declared a Level 3 State of Emergency in the state.

Waverly couple Cindy Dunn, 48, and her husband Jimmy, 49, were saved from their attic by heroes who used a bulldozer to reach them.

"Hell. That's what we had to go through," Cindy said.

She told The Tennessean that her cancer-stricken husband, currently undergoing chemotherapy, had to flee upstairs as floodwaters carried their car to the garden and rose six feet inside their house.

Stay in the loop with all the latest news from the Daily Star by signing up to one of our newsletters here.

The town worst affected – Humphreys County town of McEwen, located about 50 miles west of Nashville – was blasted with a whopping 17 inches of rain on Saturday.

A frantic rescue mission is still underway amid the chaos with communication lines destroyed and roads blocked off.