Twin brothers have been found locked inside a tiny a wooden cage by police in southeastern Brazil.

When questioned by authorities, the three-year-old children’s parents said they had locked their sons in the crate so they could carry out farming and housework undisturbed.

Police in the town of Aparecidinha, in Espirito Santo state, made the shocking discovery after an anonymous tip that the parents would regularly lock their children in the box. 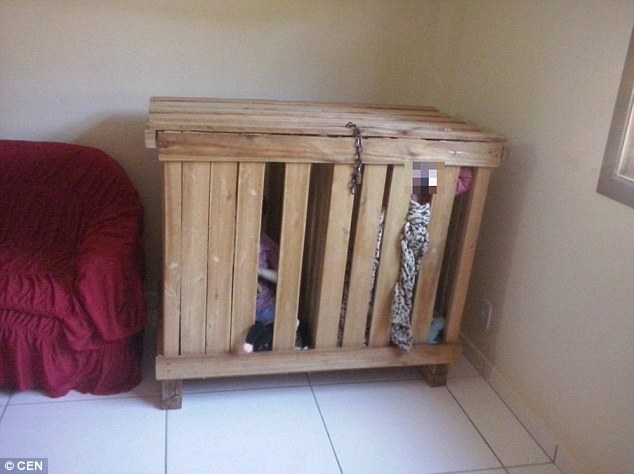 Locked up: The twin boys were found locked inside this tiny wooden cage in Brazil

A photo of the moment the two young children were found shows them peering out from behind wooden planks with the cage secured with a padlock and chain.

Their mother, 37, and father, 40, have been arrested  on suspicion of infant mistreatment, while the boys are in the care of the local social services.

The two boys have been taken to a shelter whilst the parents, both farmers, were arrested and taken to a police station on suspicion of infant mistreatment.

The twins did not show any sign of being victims of physical abuse, police said. 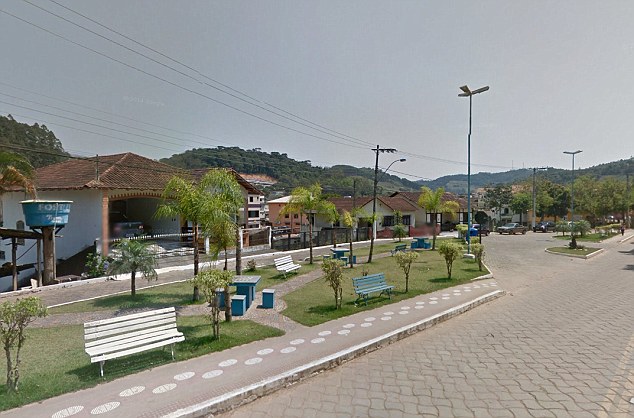 Police in Aparecidinha, Espirito Santo, were told by the parents that they locked the children up to be able to do farming and housework.  Pictured is a town in Espirito Santo

A local police chief, only named as Captain Sonimarcos, told reporters: ‘The parents said they kept the boys in the box so they could carry out their tasks in the home and in the fields.

‘But the space was very small and was even split into two so the brothers did not touch each other.

‘Without toys, without a pillow and without any comfort.’

The parents were taken to a local police station where they gave statements before being released.