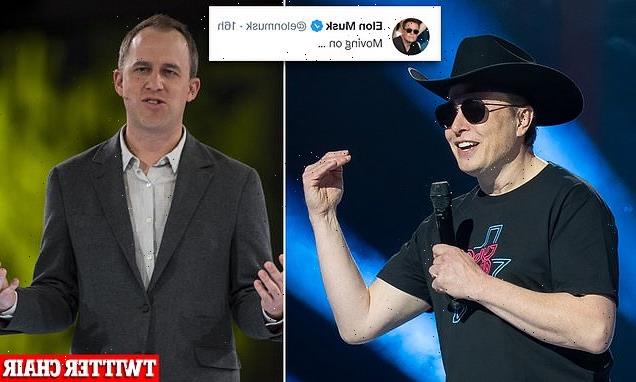 Twitter could agree to a sale to Elon Musk as early as this week, with initial negotiations beginning on Sunday night.

The San Francisco-based firm could strike a deal before it reports its first quarter earnings on April 28.

That is exactly a fortnight after Musk first sought to woo shareholders with his $54.20-per-share bid.

Representatives for Musk and Twitter met to discuss the prospective $43 billion sale Sunday, with the Wall Street Journal reporting that progress had been made.

It is unclear whether Musk himself attended those talks.

They come two days after he met privately with actively-managed funds which hold shares in Twitter, in a bid to convince them to take-up his offer.

The paper said there were still issues to hash out after Sunday’s meeting, and that  there was no guarantee a final deal would be reached.

Those issues are said to include what penalty Musk will pay should the deal fall apart before it is completed. 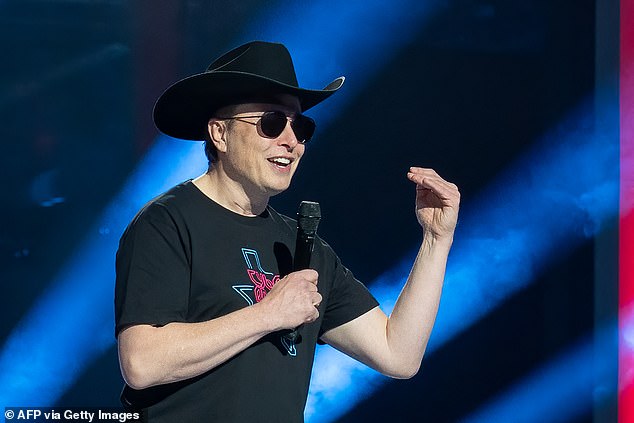 Twitter rebuffed Musk’s initial April 14 offer after he did not offer information on how he’d buy the network.

The tycoon began to win over shareholders after revealing that he had secured financing with the help of Morgan Stanley, with half his stake in his car firm Tesla offered as collateral.

Twitter’s share price has rocketed since news of Musk’s purchase of 9.2 per cent of the firm and initial offer, from around $39-a-share to $48.93 when the markets closed Friday.

That is still below Musk’s offer, which he has always insisted will be the only one he makes.

Musk, chief executive of electric car giant Tesla, has been meeting with Twitter shareholders in the last few days, seeking support for his bid.

He has said Twitter needs to be taken private to grow and become a genuine platform for free speech.

Earlier on Sunday, Musk had tweeted that he was ‘moving on’ to his more than 83 million followers, leaving many in the lurch as to what he was moving on from for several hours.

Musk eventually clarified the tweet was in reference to ‘making fun of Gates for shorting Tesla while claiming to support climate change action,’ and not moving on from takeover bid talks with Twitter.

Earlier on Sunday, Musk had tweeted that he was ‘moving on’ to his more than 83 million followers, leaving many in the lurch as to what he was moving on from for several hours 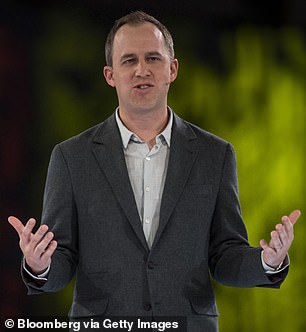 Many Twitter shareholders reached out to the company after Musk outlined a detailed financing plan for his bid on Thursday and urged it not to let the opportunity for a deal slip away.

Musk’s insistence that his bid for Twitter is his ‘best and final’ has emerged as a hurdle in the deal negotiations, sources said.

Nevertheless, Twitter’s board has decided to engage with Musk to gather more information on his ability to complete the deal, and potentially get better terms, the sources added.

Twitter has not yet decided if it will explore a sale to put pressure on Musk to raise his bid, according to sources. The people with knowledge of the matter declined to be identified because the deal discussions are confidential.

Twitter wants to know more about any active investigations by regulators into Musk, including by the U.S. Securities and Exchange Commission (SEC), that would present a risk to the deal being completed, one of the sources said.

Securities lawyers say that Musk, who settled charges that he misled investors by suggesting four years ago he had secured funding to take Tesla private, may have breached SEC disclosure rules as he amassed a stake in Twitter earlier this year. 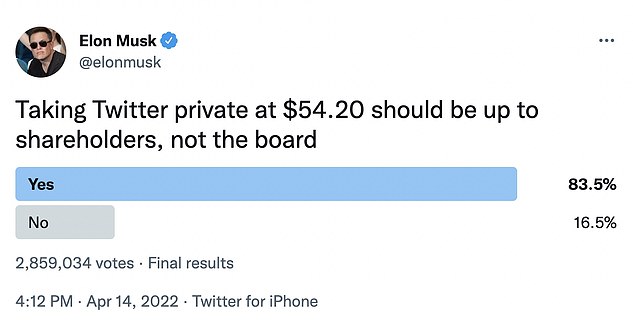 Twitter is also looking into whether regulators in any of the major markets it operates would object to Musk owning the company, the source added. Were Twitter to establish that a sale to Musk would be risky, it could ask for a sizeable break-up fee, according to the sources.

The social media company adopted a poison pill after Musk made his offer to prevent him from raising his more than 9% stake in the company above 15% without negotiating a deal with its board. In response, Musk has threatened to launch a tender offer that he could use to register Twitter shareholder support for his bid.

A concern that Twitter’s board weighed was that unless it sought to negotiate a deal with Musk, many shareholders could back him in a tender offer, the sources said.

While the poison pill would prevent Twitter shareholders from tendering their shares, the company is worried that its negotiating hand would weaken considerably if it was shown to be going against the will of many of its investors, the sources added.

The Wall Street Journal reported earlier on Sunday that Musk and Twitter would meet to discuss the acquisition offer.

The price expectations among Twitter shareholders for the deal diverge largely based on their investment strategy, the sources said.

Active long-term shareholders, who together with index funds hold the biggest chunk of Twitter shares, have higher price expectations, some in the $60s-per-share, the sources said.

They are also more inclined to give Parag Agrawal, who became Twitter’s chief executive in November, more time to boost the value of the company’s stock, the sources added.

‘I don’t believe that the proposed offer by Elon Musk ($54.20 per share) comes close to the intrinsic value of Twitter given its growth prospects,’ Saudi Arabia’s Prince Alwaleed bin Talal, a Twitter shareholder, tweeted on April 14.

Short term-minded investors such as hedge funds want Twitter to accept Musk’s offer or ask for only a small increase, the sources said. Some of these are fretting that a recent plunge in the value of technology stocks amid concerns over inflation and an economic slowdown makes it unlikely Twitter will be able to deliver more value for itself anytime soon, the sources added.

‘I would say, take the $54.20 a share and be done with it,’ said Sahm Adrangi, portfolio manager at Kerrisdale Capital Management, a hedge fund that owns 1.13 million shares in Twitter, or 0.15% of the company, and has been an investor since early 2020.

One silver lining for Twitter’s board is that Musk’s offer did not appear to convert much of his army of 83 million Twitter followers into new shareholders in the San Francisco-based company who could back his bid, the sources said.

Twitter’s retail investor base has increased from about 20% before Musk unveiled his stake on April 4 to some 22%.