Two British citizens have been kidnapped while visiting a gorilla sanctuary in the Democratic Republic of Congo.

The pair are understood to have been taken while visiting the renowned Virunga National Park, in the North Kivu province, on Friday morning.

The convoy in which they were travelling in came under fire from a group of armed men, about 40 minutes after they had left the city of Goma, local news report. 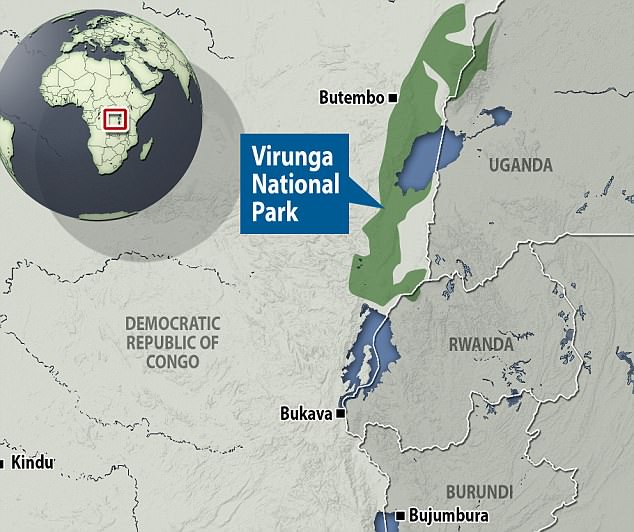 Kidnapping: Two British citizens have been kidnapped while visiting the Virunga National Park, in eastern Democratic Republic of Congo

The gunmen fatally injured a female park ranger travelling with the tourists, and kidnapped the two Brits and their driver, VOA Afrique reports.

The Foreign Office later confirmed that the incident had involved two British citizens.

A spokesman said: ‘We are in close contact with the authorities in Democratic Republic of the Congo following an incident involving two British nationals, and our staff are providing support to their families.’

Just last month, on April 9, five park rangers and their driver were killed in an ambush which saw a sixth park ranger injured. 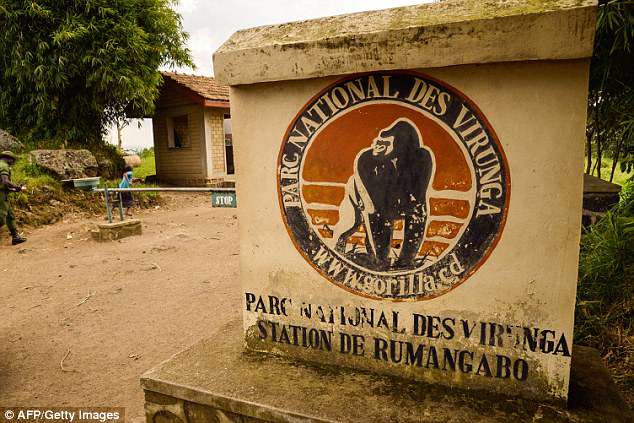 Attacked: The convoy the Brits were travelling in through Virunga National Park reportedly came under attack around 10am local time (file photo) 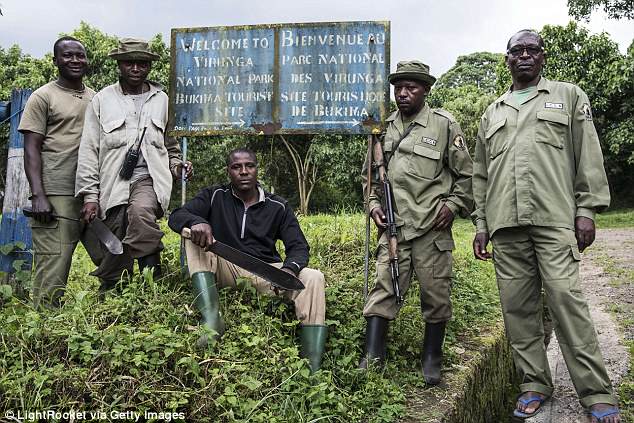 On April 2, a park ranger died in another attack by armed men. He was guarding the site of a hydroelectric plant that is under construction in Virunga.

The park has long been under threat by numerous armed groups in the region, including Ugandan rebels calling themselves the Allied Democratic Forces (ADF).

Authorities and the United Nations accuse the ADF of being responsible for the massacres of some 1,000 civilians in the Beni region since 2014, as well as 15 peacekeepers at the end of 2017. 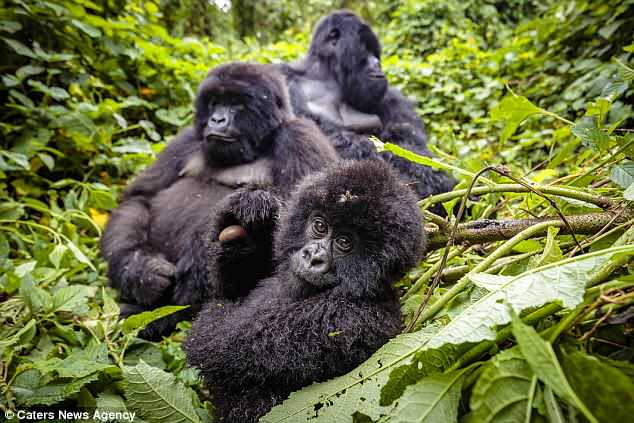 Kidnapping: Virunga National Park is a renowned gorilla sanctuary in the east of the the Democratic Republic of Congo (pictured are gorillas in the park)

The park’s director, Emmanuel de Merode, a Belgian national, was himself wounded in a road ambush between the park and Goma, the capital of North Kivu, in 2014.

Virunga is of the most important conservation sites in the world, covering more than 3,011 miles along a swathe of eastern DR Congo on the border with Uganda and Rwanda.

Virunga is home to about a quarter of the world’s population of critically-endangered mountain gorillas, as well as to eastern lowland gorillas, chimpanzees, okapis, lions, elephants and hippos.