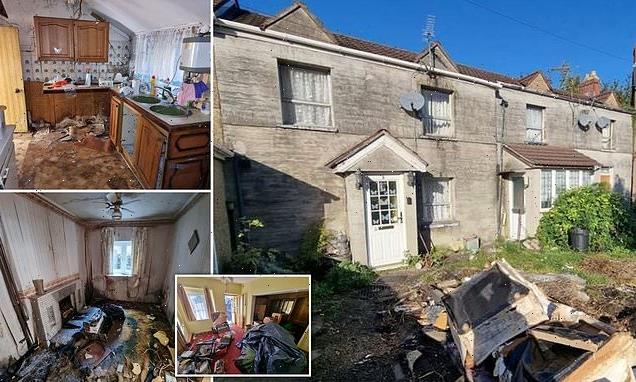 The ultimate fixer-uppers: Two cottages ‘ideal for those looking to renovate’ go up for sale for £129,000

Two cottages up for sale for £129,000 are the ultimate fixer-uppers – because they come with piles of rubbish left behind.

The homes in in Newport, South Wales were put on the market with piles of stuff still inside – including a sofa and furniture sprawled across the garden.

The properties are now ready for an almighty renovation as they were put up for auction with a guide price of £129,000.

The homes boast a large front and back garden and are set to go under the hammer as one lot in a city suburb. 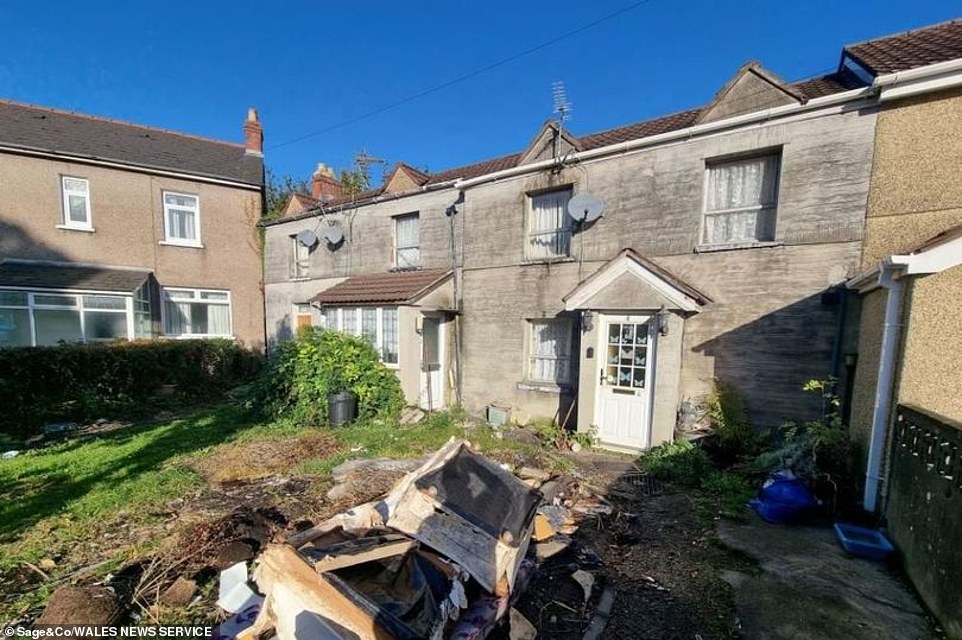 The two cottages (pictured) have gone on sale for a total asking price of £129,000 – but there is some work to be done 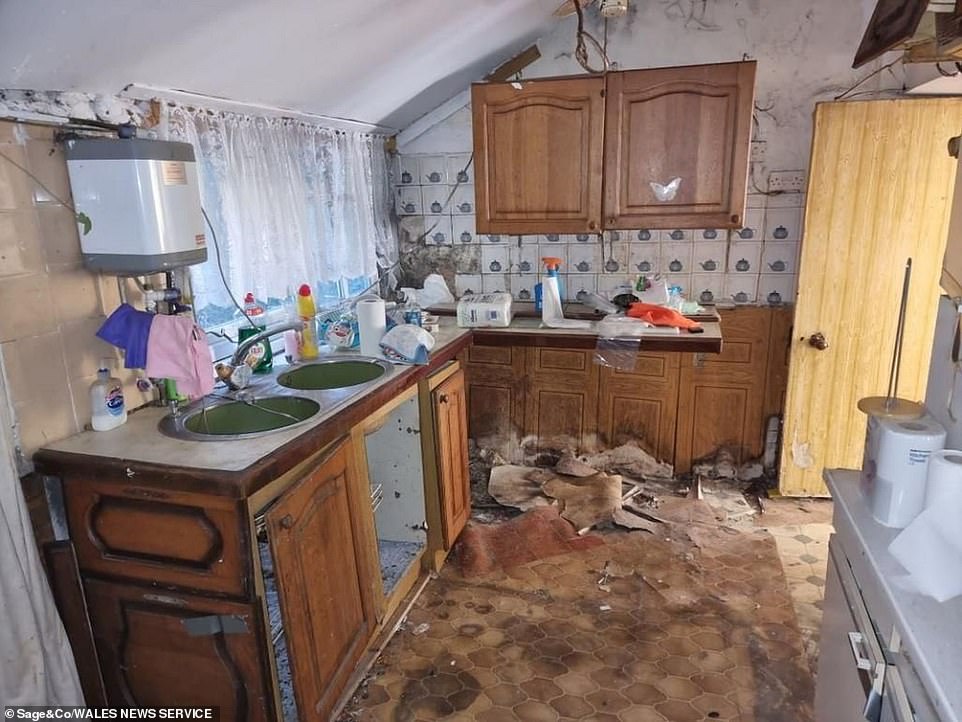 Huge piles of debris have been left sprawled across the house, with cabinets and flooring in the kitchen in serious disrepair 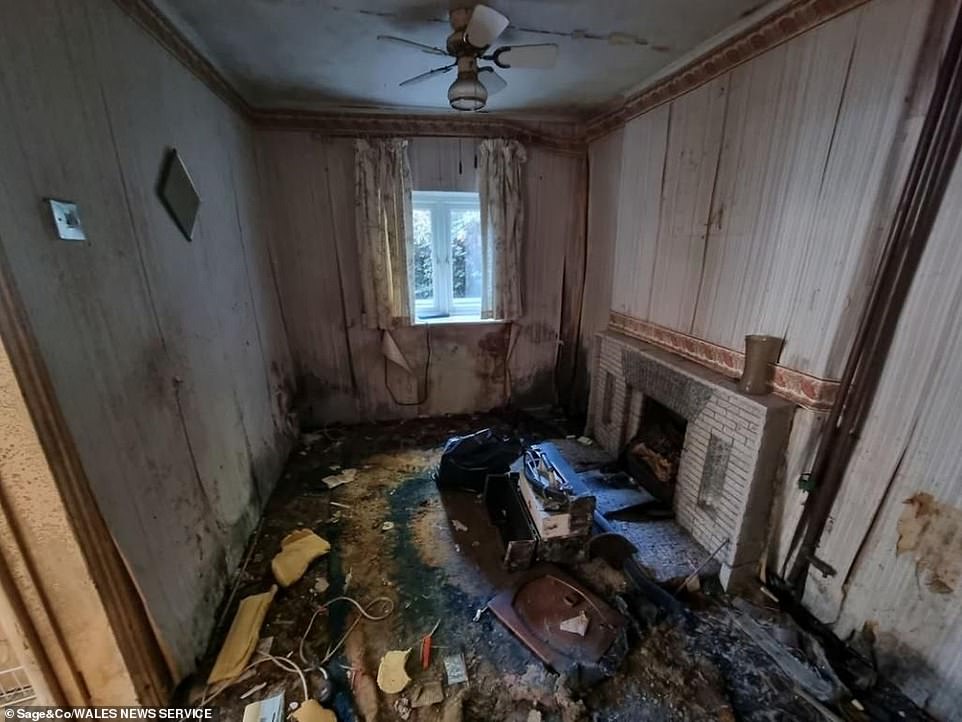 Most of the homes are uninhabitable, and the estate agent offering the properties said they would need ‘some work’ to get them in shape 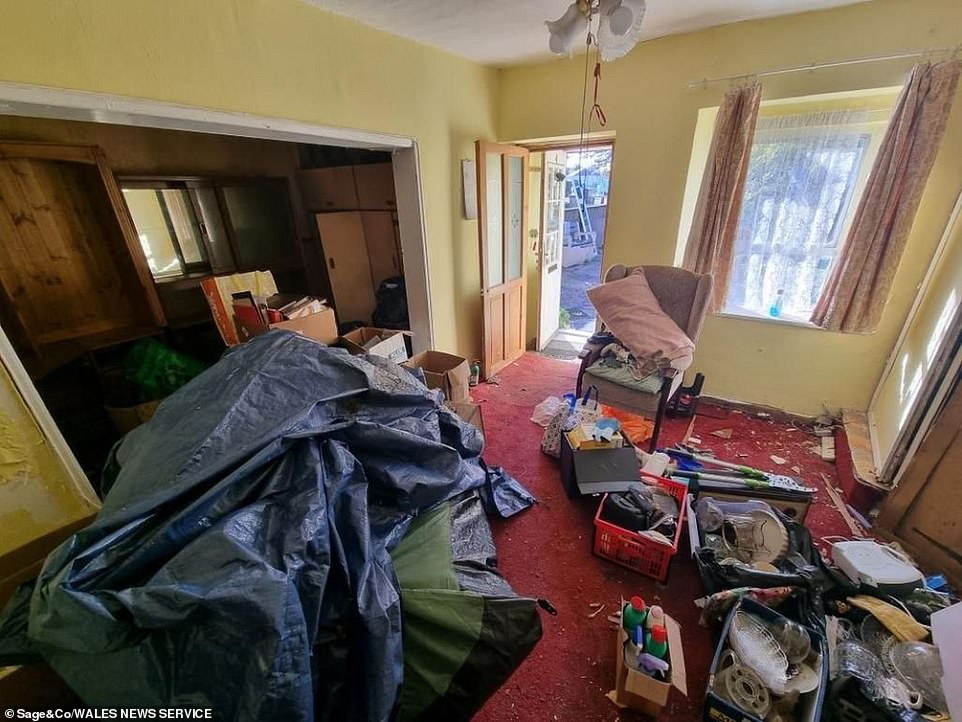 A massive pile of rubbish has been left in the living room of one of the cottages, mostly items left over from a previous owner 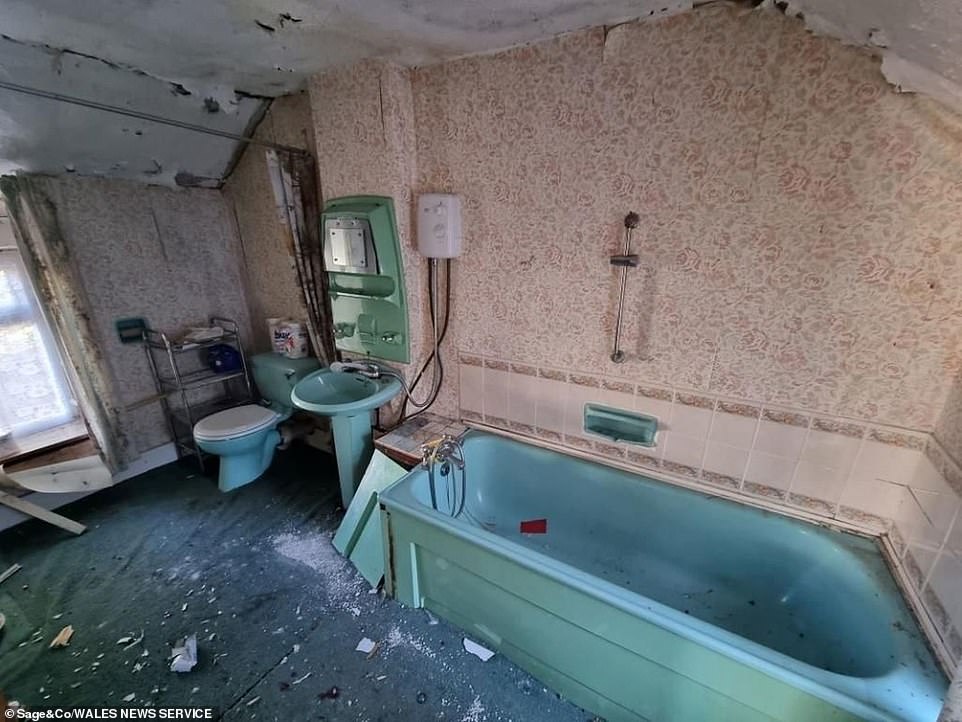 The bathroom in one of the homes features mint-green ceramics and beige tiles, while much of the walls and roof are peeling 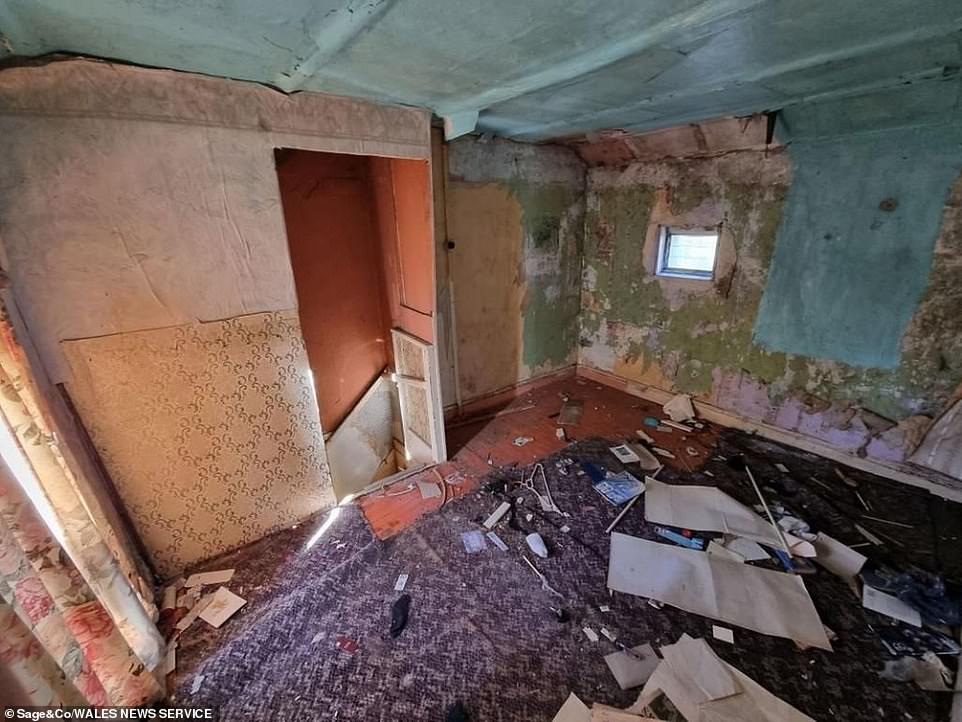 Rooms upstairs in the homes are even more badly damaged, with the roof and walls needing to be entirely redone

Electricity is available subject to safety testing but gas has never been installed.

Auctioneers Sage & Co Auctions said: ‘An opportunity to purchase two cottages in need of full renovation. The properties have been majority cleared but do require extensive works.

‘These properties would be ideal for those looking to renovate and re-sell or for residential investment.

‘The cottages are situated within a generous plot to the front and rear, which would provide off-road parking for multiple vehicles.’ 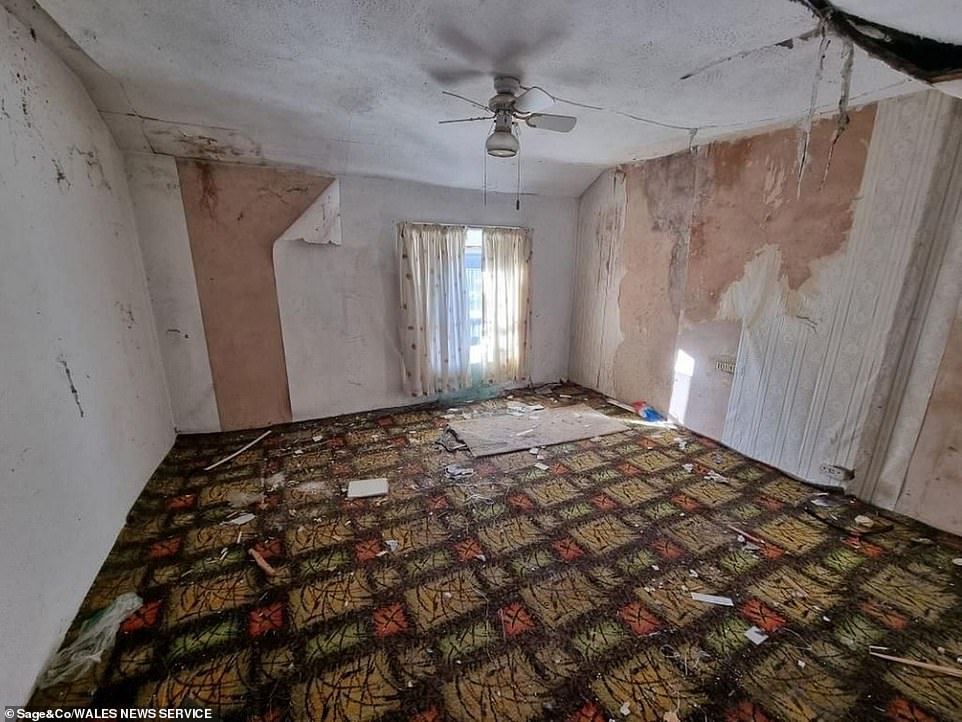 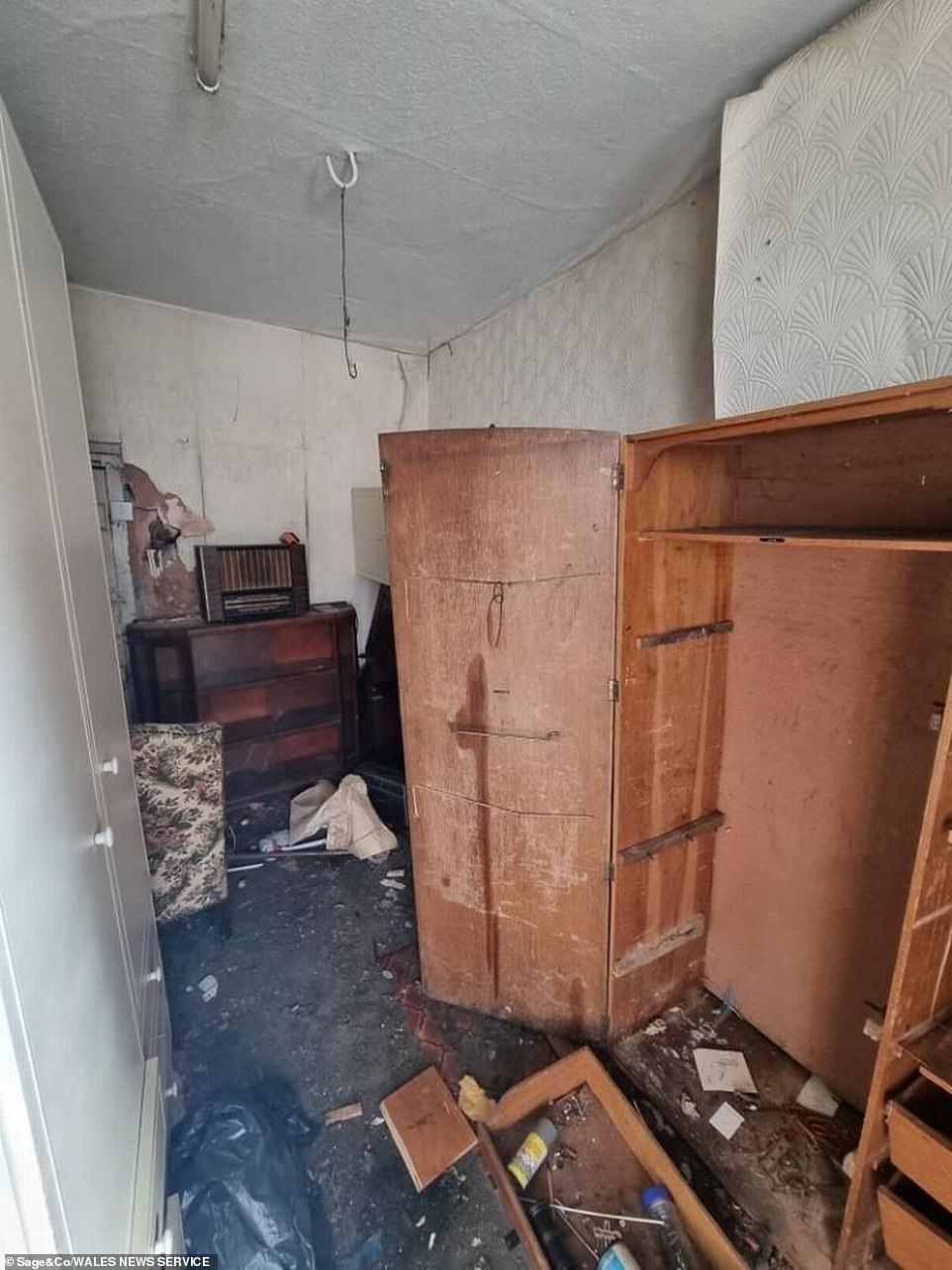 Auctioneers Sage & Co Auctions said: ‘An opportunity to purchase two cottages in need of full renovation. The properties have been majority cleared but do require extensive works’ 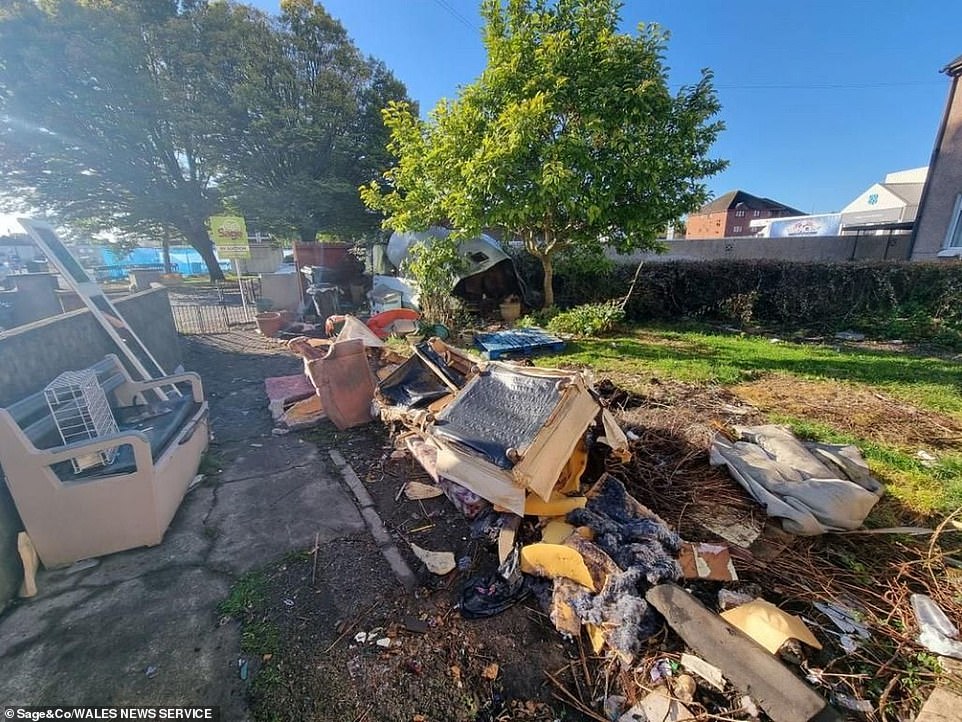 Piles of rubbish have also been left throughout the garden outside of the two cottage in Newport, South Wales