Westland lowland gorillas Kivu and N’Dowe can be seen tussling over some sweetcorn at Paignton Zoo Environmental Park in Devon. 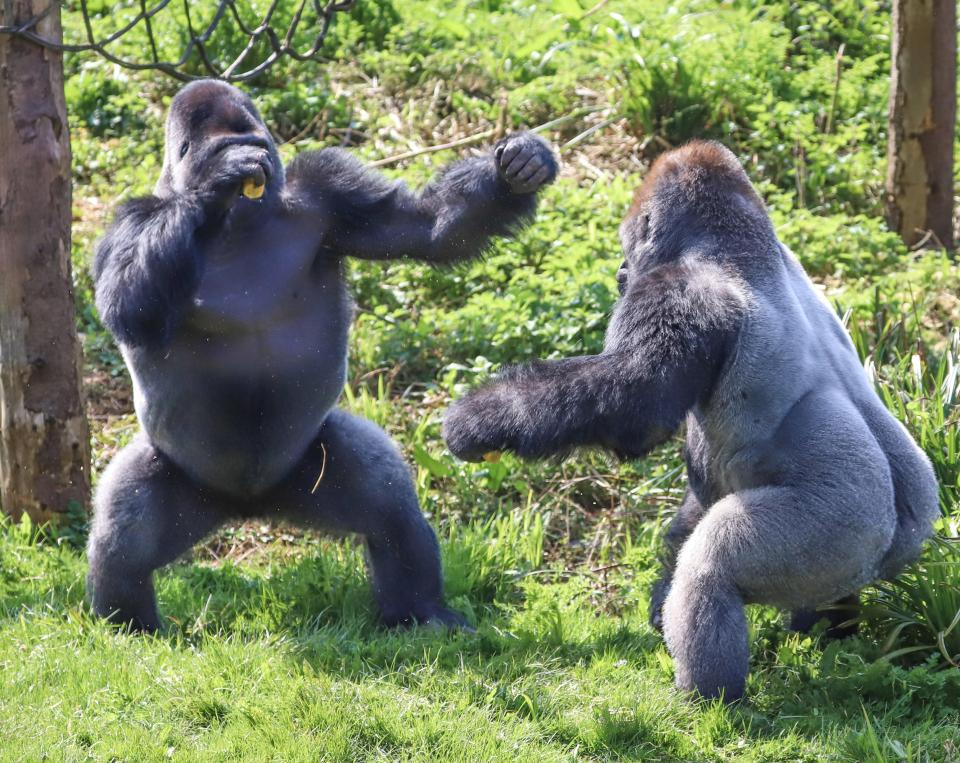 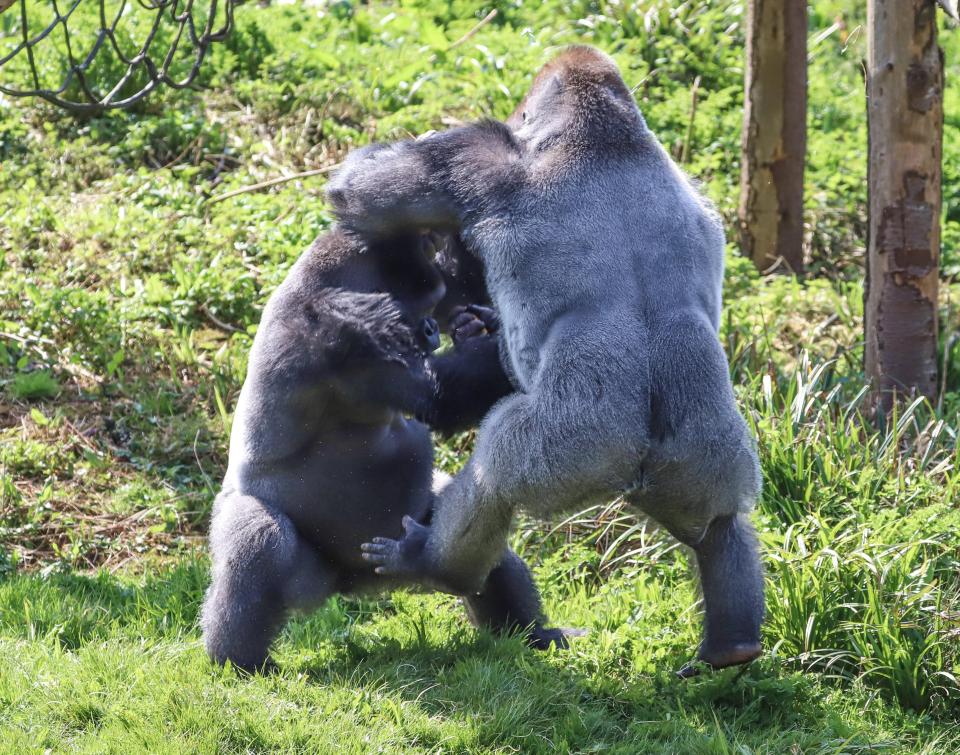 The amazing sequence shows Kivu appearing to protect his face with one hand and hit out at N’Dowe with the other.

At one point during the spar earlier this month it looks like Kivu makes contact with N’Dowe’s face but the photographer, who is a regular zoo visitor, insists they don’t punch each other.

The photographer, who does not wish to be named, said: “Kivu (on the left) was on the receiving end from N'Dowe (on the right).

“As you can see from the photos, N'Dowe jumped on Kivu to show his dominance and Kivu was defending himself by putting his arms up. 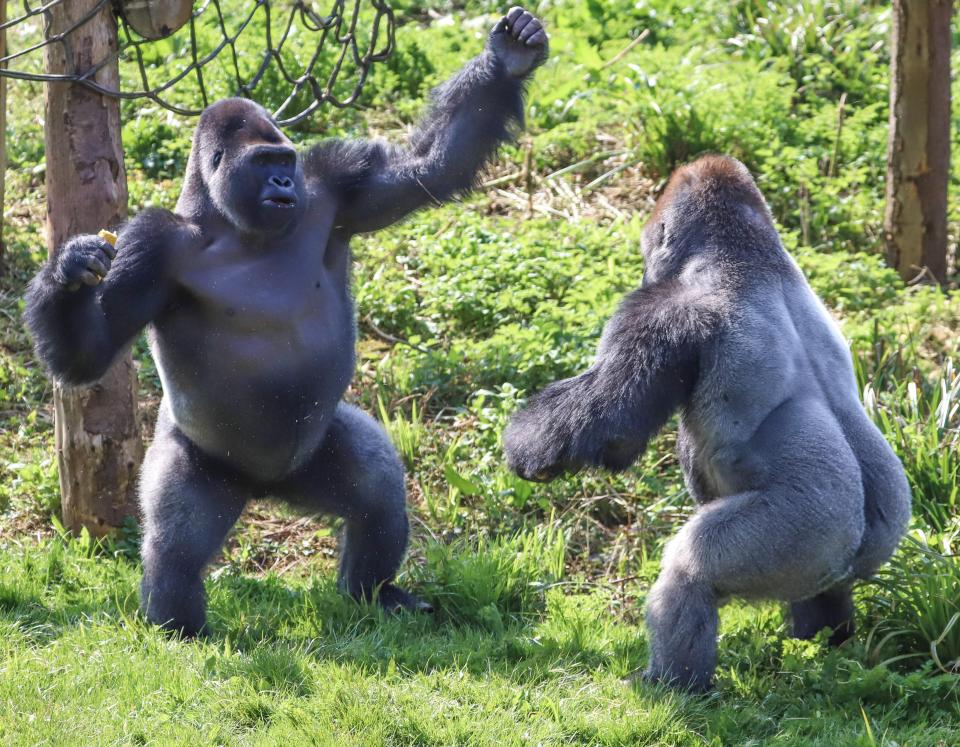 “It may look like they are boxing but I can assure you they don’t punch each other.

“N'Dowe is the most dominant gorilla, partly due to his massive size.

“Although this time it was Kivu on the receiving end over who gets the most food.”

The Western lowland gorillas are often found squabbling over food – and it usually is about class. 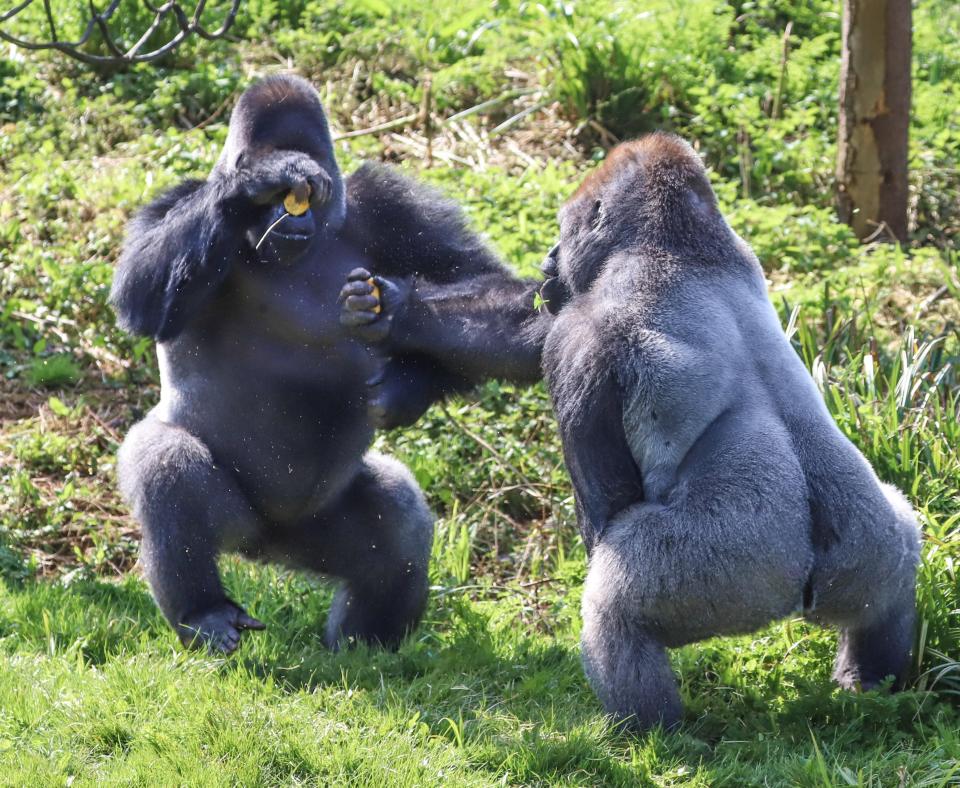 N’Dowe (pronounced Endovay) is the highest ranking gorilla while Kivu is the lowest ranking.

The class system works on strength with the biggest and strongest getting first pick.

Zoo keepers try to make sure everyone gets their share of food but it’s usually N’Dowe who gets first choice. 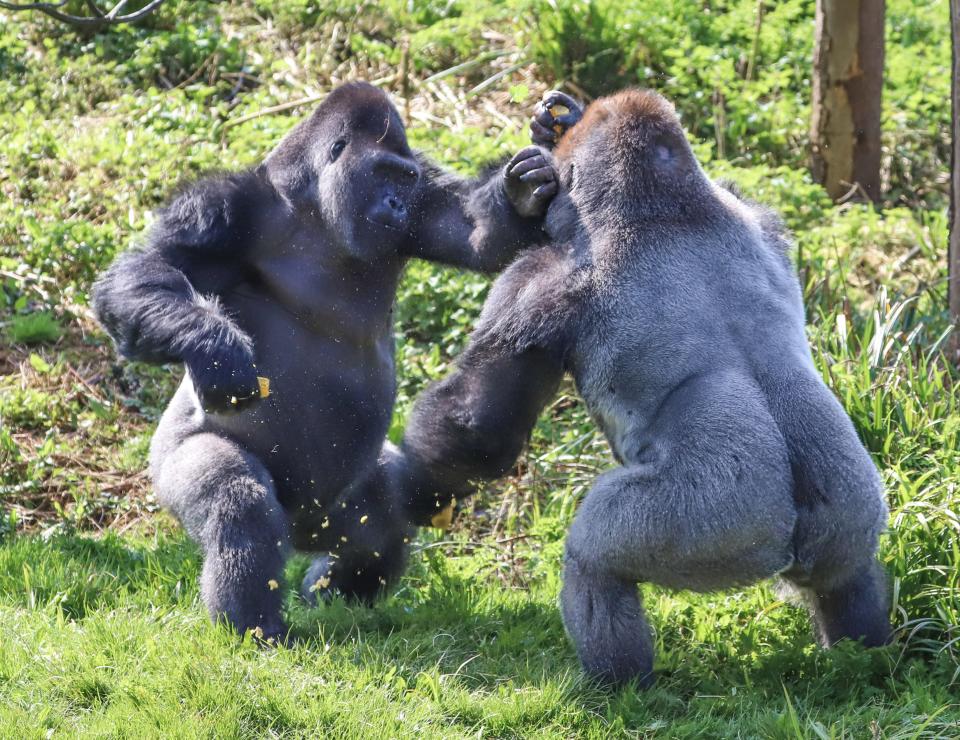 Some may move on to be the dominant males in bachelor or family groups in other collections as part of the European breeding programme.