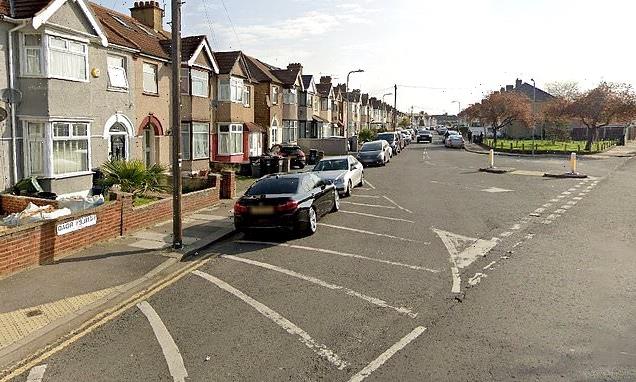 Two men shot dead and third critically wounded in Illford gunfight: Gunman on the loose after midnight street brawl descended into bloodbath when firearm was pulled during melee

Detectives have today launched a murder probe after two young men died and a third was left fighting for his life after a fatal shooting in east London.

Armed officers and paramedics raced to the scene of the triple shooting in Ilford at around 12.16am this morning.

Emergency service staff warned of an ensuing street brawl between a group of men where shots were fired. Three men, two in their 20s and one in his 30s, were discovered with gunshot wounds.

One of the victims was pronounced dead at the scene. Another man died a short time later.

Uniformed officers today sealed off parts of the residential area, while forensic teams combed through the crime scene. 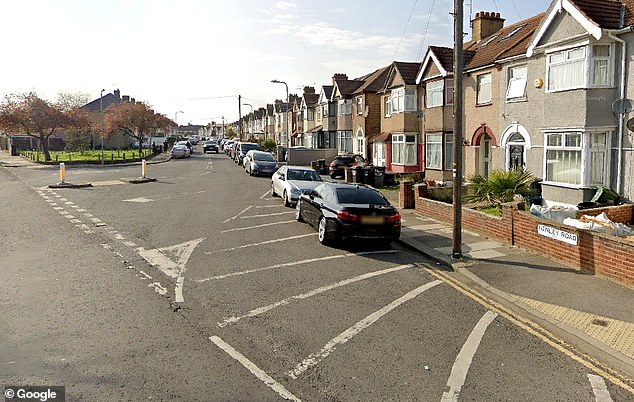 Armed officers and paramedics rushed to the scene of the triple shooting in Henley Road, Ilford at around 12.16am on Tuesday morning

A spokesperson for the Metropolitan Police said: ‘The third victim aged in his 30s was taken to hospital, where he remains in a critical condition.

‘At this early stage there have been no arrests. Enquiries into the circumstances are ongoing. Crime scenes and road closures are in place.’

The Met said officers believe they know the identity of the man in his 20s and work is ongoing to identify the other man killed in the shooting.

A spokesman for London Ambulance Service said: ‘We were called at 12.12am today to reports of a shooting on Henley Road, Ilford.

‘We sent a number of resources to the scene, including two ambulance crews, an advanced paramedic, a medic in a fast response car, two incident response officers, a clinical team leader and members of our tactical response unit.

‘We also dispatched a trauma team from London’s Air Ambulance which consisted of a paramedic and a doctor in a car.

‘We treated three people at the scene and took one person to a major trauma centre. Sadly, despite the best efforts of our crews, two people were pronounced dead at the scene.’

Tuesday’s fatal attack marked the fifth killing within a ten-mile area of east London in the past week alone.