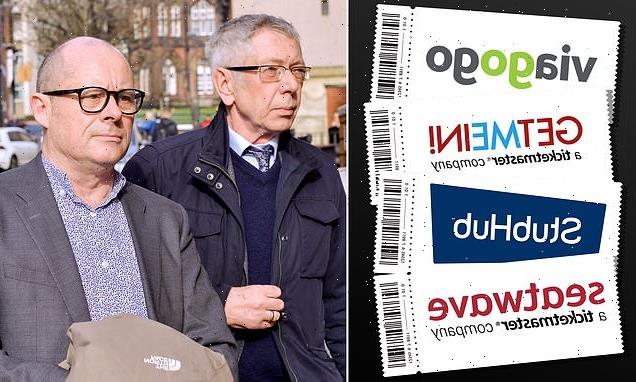 Two ticket touts who made £9M profit by using online bots to buy tickets for major music and sports events then re-selling them on sites like Viagogo and StubHub are ordered to repay £6.1M

Two ticket touts jailed for raking in a £9million profit by reselling tickets to major events such as Ed Sheeran and Madness have been ordered to pay back £6.1 million – or they face more time behind bars.

Peter Hunter, 53, and David Smith, 68, were jailed in February 2020 in a landmark court case for illegally selling £17million worth of tickets for £26million on four secondary ticketing sites, Viagogo, GetMeIn, StubHub and Seatwave at inflated prices.

The pair used 97 different identities and computer bots to buy tickets for major events such as Ed Sheeran, Harry Potter and the Cursed Child and NFL matches in London.

They traded under the names Ticket Wiz and BZZ, and also used over 290 email addresses and different IP addresses to disguise the bulk buying. 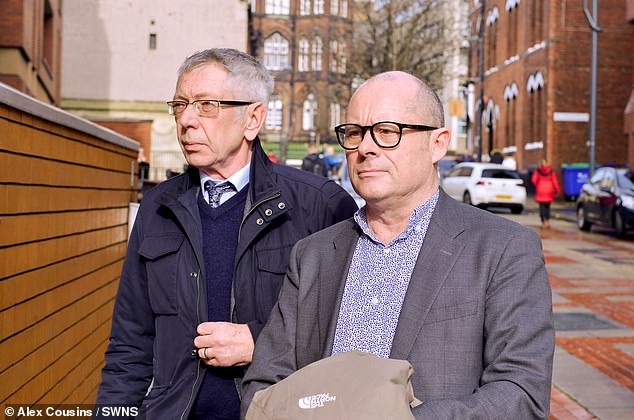 After a three month trial, Hunter and Smith were found guilty of three counts of fraudulent trading and one count of possession of articles to be used with fraud.

The landmark prosecution was the first in the UK since the National Trading Standards began investigating the reselling of tickets on the internet in 2017.

After an investigation by the Yorkshire and Regional Economic Crime Unit (RECU), the couple have now been given three months to pay back £6,167,522.02.

The sum would be paid to the local authorities where it would be used to fund further investigations, it is understood.

If Hunter and Smith fail to pay, they face an additional eight years imprisonment.

Ruth Andrews, the regional investigations and e-crime manager for National Trading Standards, said: ‘Today’s result concludes a landmark case that demonstrates once and for all that dishonestly buying large quantities of tickets and reselling them at inflated prices is an unacceptable, illegal and fraudulent practice.

‘All too often fans looking to buy tickets to sport events, music concerts and other high-profile events find that official tickets sell out in minutes before reappearing on secondary ticketing sites at vastly inflated prices.

‘This can have a significant financial impact on consumers, and I hope this ground-breaking case helps drive long-term changes in the secondary ticketing market.

‘The defendants have learnt again today that crime does not pay and their futures have been irrevocably damaged by their criminal behaviour as a result.

‘We hope this sends a message to all those who chose to engage in fraud that there are severe consequences.’

Ramona Senior, the unit head for the RECU said: ‘Illegal and organised Ticket Touting can be extremely lucrative as the sheer size of these orders demonstrate.

‘It creates demand where one might otherwise not exist, driving the public into the hands of the secondary market and forcing them to pay significantly inflated prices.

‘Today’s orders indicate that those making large profits from an illegal activity can expect the full weight of the law to be applied to them.’