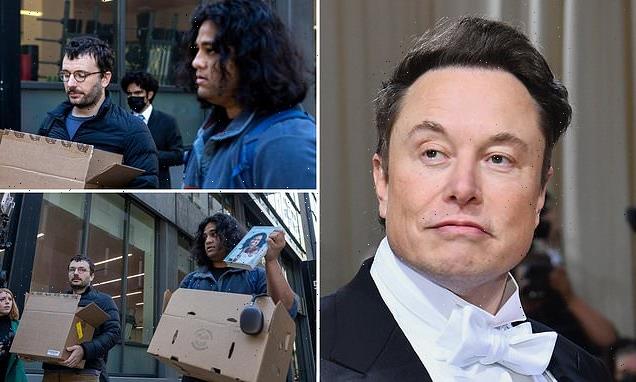 Has Elon wielded the ax? Two ‘data engineers’ claim they have been laid off outside HQ as ‘Chief Twit’ says no accounts will be reinstated without approval of ‘diverse’ content moderation council

He allegedly fired an entire team of data engineers, with two of them seen marched out of its San Francisco head office with their belongings stuffed in cardboard boxes, according to CNBC.

They were said to be ‘visibly shaken’ and one – named Daniel Johnson- even told the outlet he owned a Tesla and does not know how he will be able to make the payments.

‘It’s somewhere I worked at for six years and everything suddenly changed,’ Johnson told reporters about losing his job at the social media company.

It comes after Musk formally took over Twitter late last night and sacked several top executives including its CEO, CFO and chief lawyer.

He also overturned lifetime bans and restrictions on a raft of famous faces booted off the platform, including Donald Trump and Kanye West.

Musk, however, Tweeted on Friday that ‘no major content decisions or account reinstatements will happen,’ without the approval of a new content moderation council that has ‘widely diverse viewpoints.’ 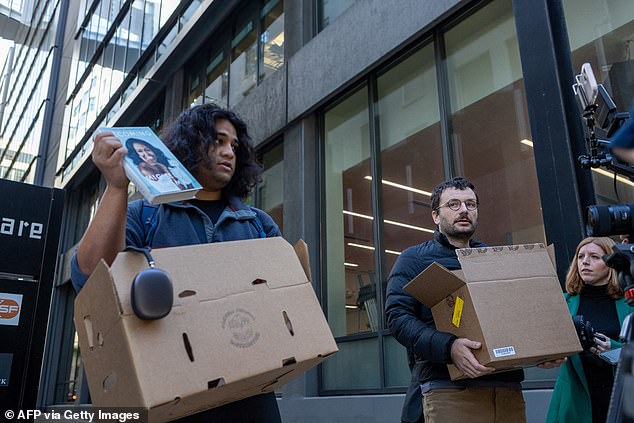 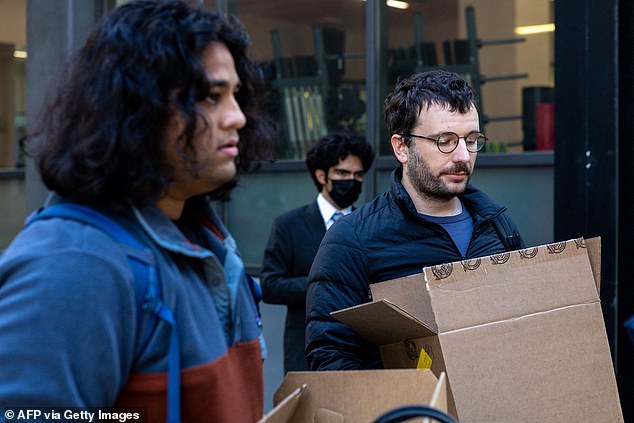 One of the men lamented the alleged loss of his job, saying: ‘It’s somewhere I worked at for 6 years and everything suddenly changed’ 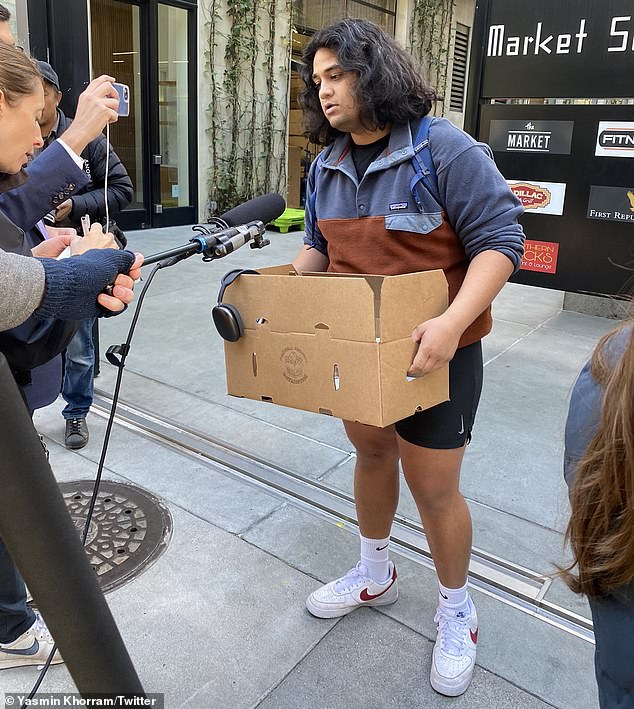 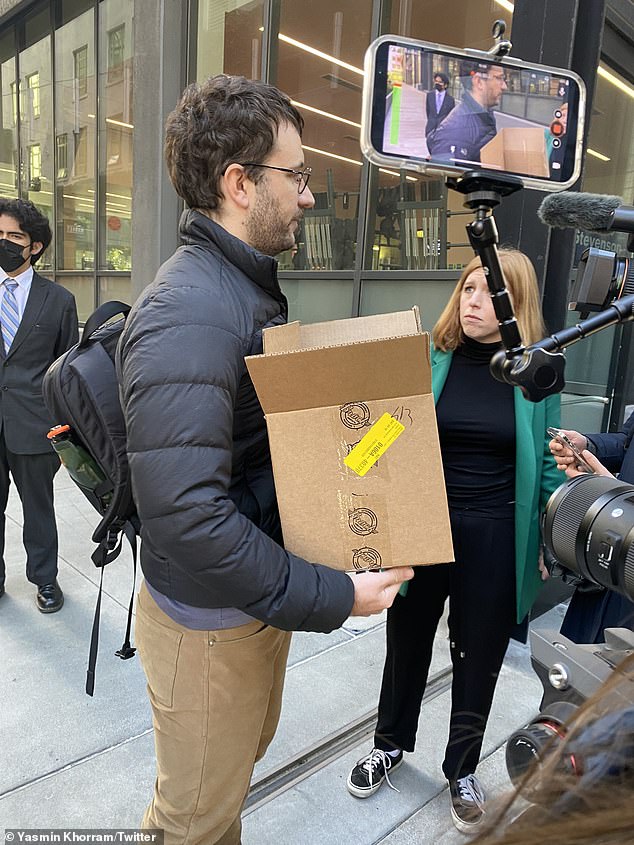 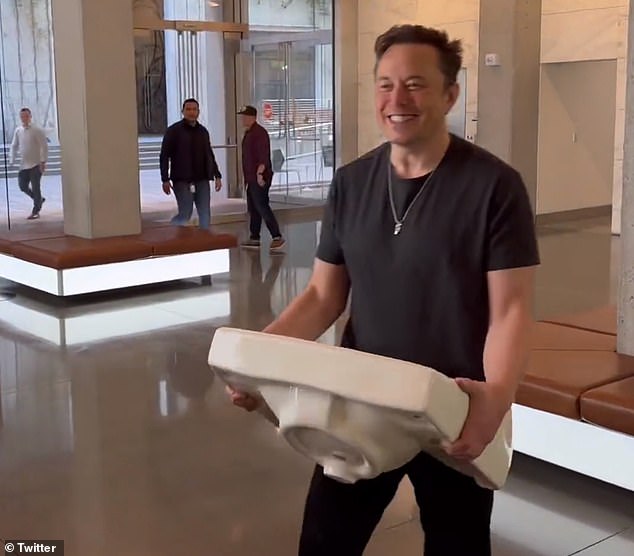 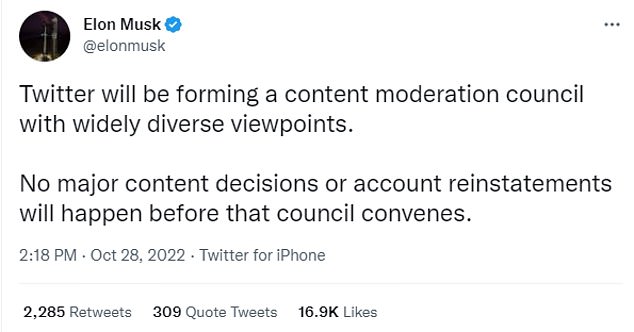 On Thursday, Musk gave the boot to Twitter CEO Parag Agrawal and CFO Ned Segal, along with Twitter lawyer Vijaya Gadde, who was widely considered the ‘head of censorship’ at the company.

Gadde walks away with a sizeable payout – a total of $72million in stocks that she owned, salary and benefits and stocks that had not yet vested when she was in her position but which are now paid out as part of the deal.

Musk has not yet publicly named their replacements but he is expected to act as interim CEO at least on a temporary basis.

As Musk ushered them out last night, he asked Tesla engineers to visit HQ today to start rewriting the website’s code.

Among his plans is to open source algorithms to increase transparency for users about how their data is used to suggest content to them, and to add an ‘edit’ button for all.

Musk celebrated his Twitter takeover on Friday, saying that the platform would be freed under his rule following his criticisms over its suspension policies