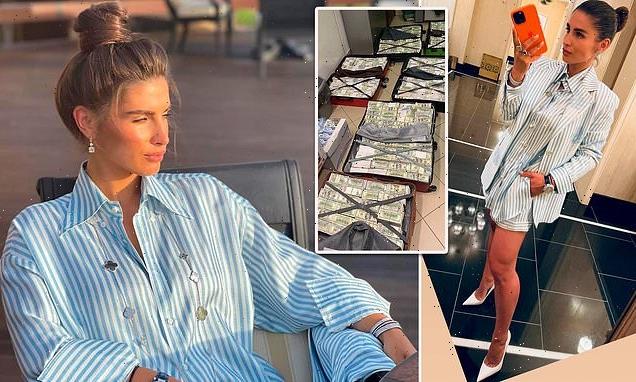 The glamorous wife of a prominent Ukrainian tycoon and politician ‘carried £22 million in cash through a refugee border crossing into the EU’, it is alleged.

The money – in US dollars and euros – was spotted by Hungarian customs in the baggage of the spouse of controversial ex-MP Igor Kotvitsky, 52, say reports.

A criminal case has been opened into a failure by Anastasia Kotvitska to declare the removal of the large sum from the war-ravaged country, say reports in Kyiv.

Kotvitsky – once Ukraine’s wealthiest MP – said his wife was leaving the country to give birth, but denied reports she was carrying $28 million and 1.3 million euros.

‘All my money is in Ukrainian banks, I did not take anything out,’ he said, before closing his social media account.

A statement from him carried on the social media of his Swiss-educated daughter Violetta, 24, said the story was ‘fake and rumours’.

Kotvitska, who reportedly travelled with two Hungarian men and her mother, has not commented on the frontier incident.

The allegation is that she did not declare the huge cash sum exiting Ukraine at the Vilok checkpoint, but the money was found by Hungarian customs officers, said Obozrevatel newspaper.

She then made a declaration that she had brought the sum into Hungary, an EU country. 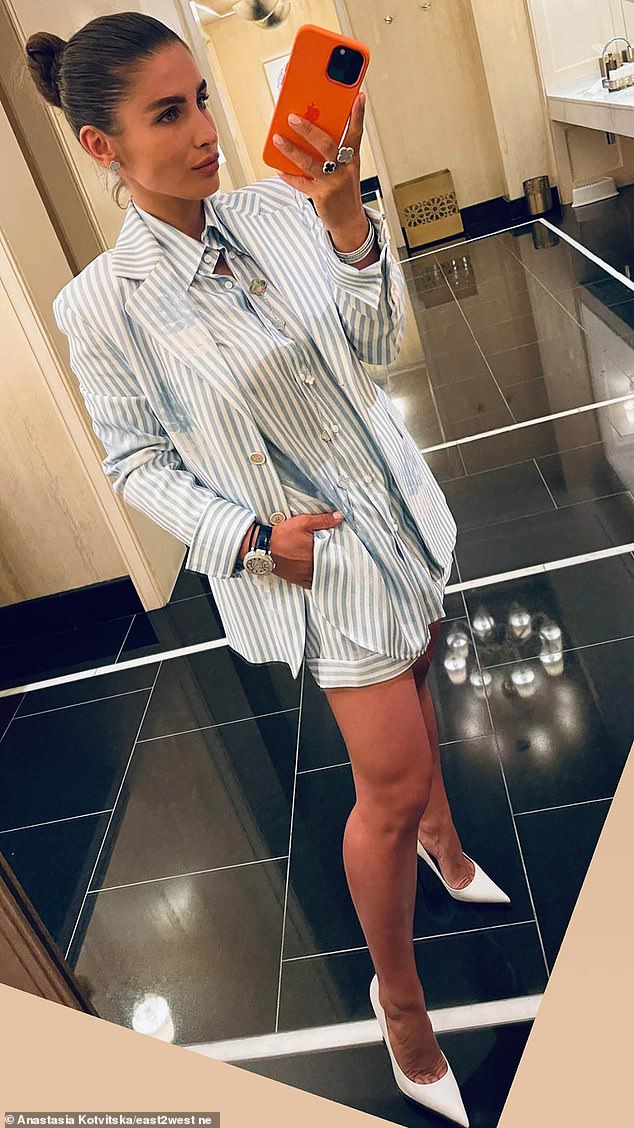 Anastasia Kotvitska (pictured), wife of Ukrainian uranium tycoon Igor Kotvitsky, allegedly carried Â£22 million in cash out of Ukraine and into the EU where it was found by Hungarian customs

The huge sum of money (pictured) was spotted by Hungarian customs, A criminal probe has now been opened 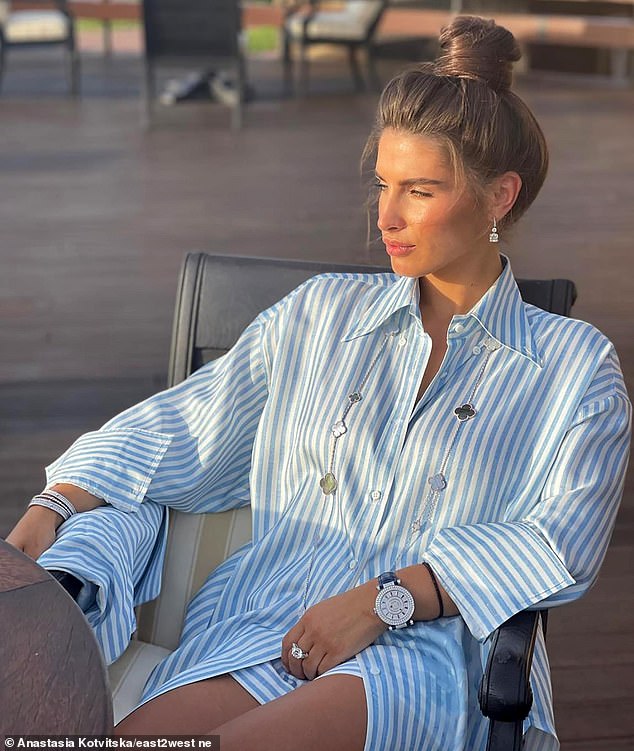 Ms Kotvitska, who reportedly travelled with two Hungarian men and her mother, has not commented on the frontier incident

There is huge sensitivity in Ukraine about the wealthy elite seeking to take their fortunes abroad evading capital flight curbs at a time when the country’s fate hangs in the balance.

Kovitsky reportedly controls via associates Nuclear Energy Systems of Ukraine, and uranium deposits in the country, which has been partially invaded by Russia.

He is also seen as having close business and political links with ex-Interior Minister Arsen Avakov.

The names of the customs officers and border guards who do this are well known in narrow circles.

There are now calls for a criminal investigation into border guards at the crossing in the country’s Transcarpathian region, where it is alleged a blind eye has been turned to cash flowing out of the country.

Kyiv businessman Seyar Khushutov, who revealed the Kotvitska case, said there was a tariff of bribes levied by customs officers enabling cash to leave the country.

These illicit payments amount to ‘between 3 to 7.5 per cent’, depending on the amount and level of the applicant.

‘In other western regions, the situation is no better.

‘The names of the customs officers and border guards who do this are well known in narrow circles.’