LONDON (Reuters) – U.S. President Donald Trump said on Tuesday he did not want to interfere in Britain’s election, but that he thought current Prime Minister Boris Johnson was very capable and would do a good job. 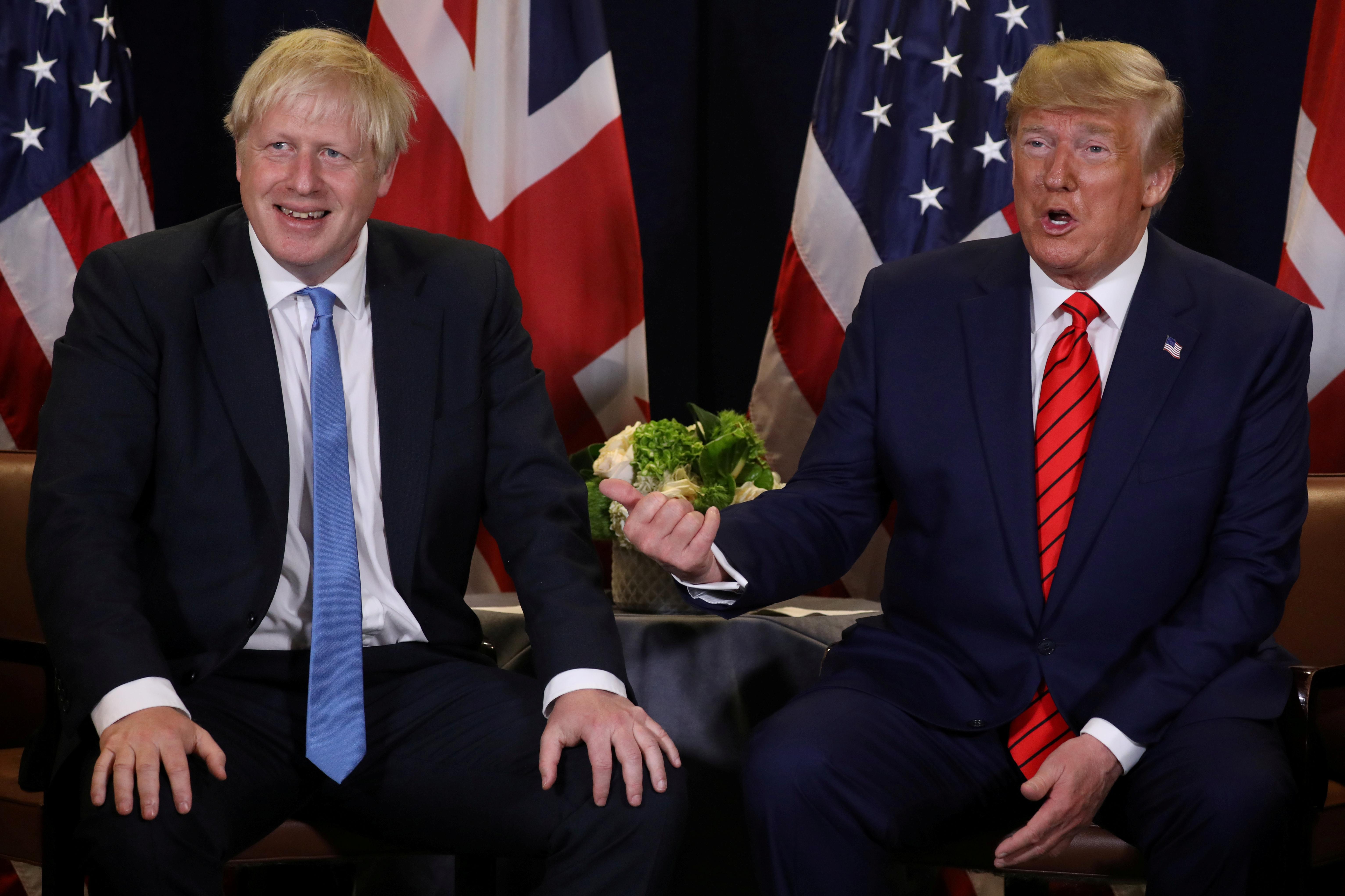 Britain votes on Dec. 12 in an election which offers voters a stark choice on the future of its economy and will decide whether the country leaves the European Union early next year, or holds a second referendum on the topic.

Trump, in London to attend a meeting of NATO leaders, said he did not want to complicate the vote, but still appeared to endorse Johnson.

“I think Boris is very capable and I think he’ll do a good job,” Trump said.

“I can work with anybody, I’m a very easy person to work with,” he said.

Trump also reaffirmed his support for Brexit – the central objective of Johnson’s election campaign, and denied that the U.S. was interested in gaining access to Britain’s National Health Service (NHS) in a future trade deal.

Asked if the NHS could be on the table in post-Brexit trade talks, Trump said: “No not at all. I have nothing to do with it. Never even thought about it, honestly.”

The prospect of U.S. involvement in the NHS has been used by Labour in the election campaign to attack Johnson. Labour say Johnson wants to sell parts of the publicly funded system off to U.S. companies. Johnson has said that it not true.