The war of words between Britain and France over the Channel migrant crisis intensified last night as Paris described the UK’s labour market as ‘quasi-modern slavery’.

Mr Darmanin called on Britain to agree a new post-Brexit deal with the EU to fight illegal migration, and said French premier Jean Castex will set out his demands in a letter to Boris Johnson today.

In the wake of the deaths of 27 migrants trying to cross the Channel in a flimsy dinghy last week, France’s Europe minister Clement Beaune said Britain’s labour market was to blame for the crisis, alleging that fewer checks on illegal workers made the UK an attractive destination. 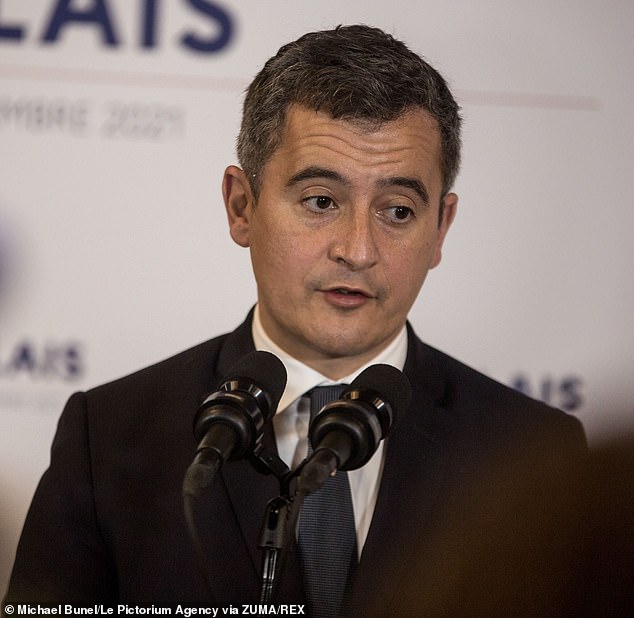 ‘We’re asking the British to change their framework,’ he added.

‘There is an economic model of, sometimes, quasi-modern slavery or at least of illegal work that is very strong.

‘If the British are not going back to a certain number of checks, on more humane, more compliant labour market regulation, this attraction will remain.’

Mr Darmanin also blamed ‘the attractiveness of the UK’ for the crisis.

‘One of the engines of the English economic policy – not all of it, obviously – is to employ workers illegally,’ said the minister, who has previously described the UK as an ‘El Dorado’ for asylum seekers.

France will demand a ‘balanced’ post-Brexit accord between Britain and the European Union on handling illegal immigration, he said, rather than dealing directly with the UK.

Mr Darmanin reiterated his rejection of proposals backed by Home Secretary Priti Patel to turn around boats in the Channel, but said France is ready to resume talks once Britain ends its ‘double speak’.

More than 26,500 migrants have crossed the Channel this year, more than triple the number in the whole of 2020.