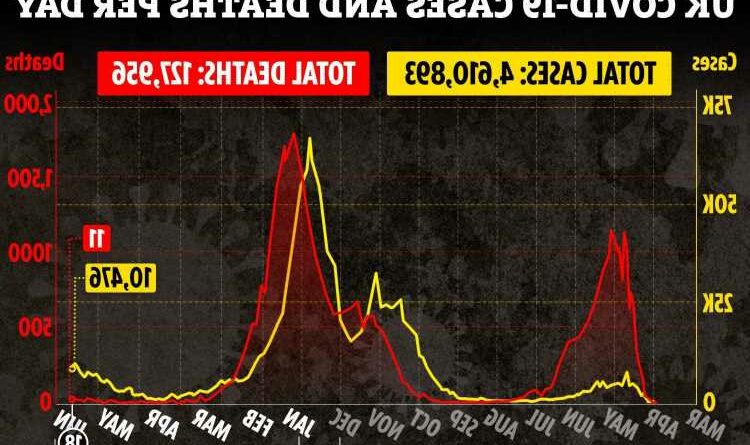 COVID cases in the UK passed 10,000 again today with 11 more fatalities as the Delta variant continues to grip Britain.

The total number of infections in the UK now stands at 4,610,893 since the pandemic began. 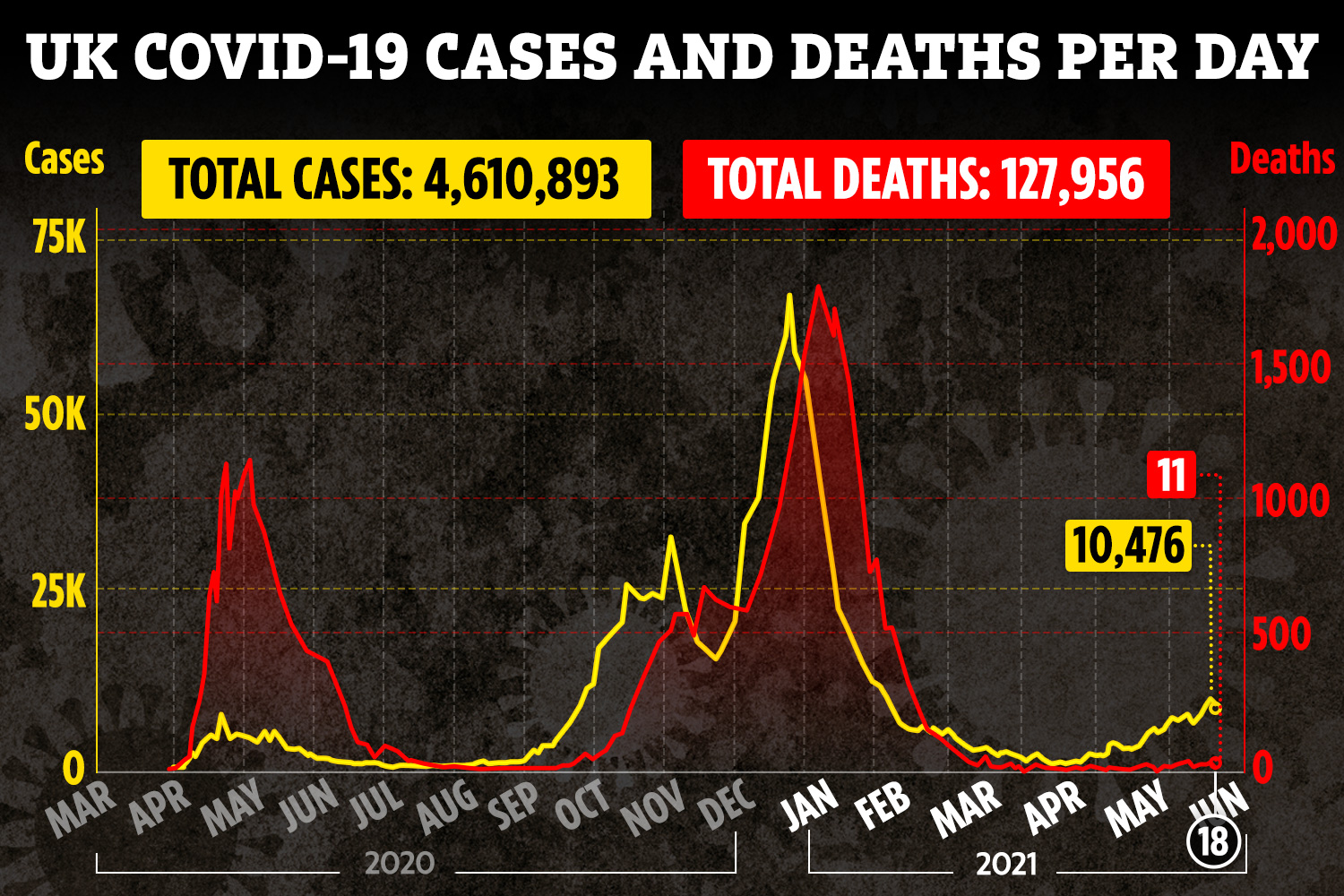 This was the highest number of cases reported in a day since February 19 – when 12,027 more people tested positive.

Deaths today rose by 11 – eight lower than yesterday – bringing the total number of victims to 127,956.

Today's figures also showed a total of 73,359,099 vaccines have been administered in the UK. 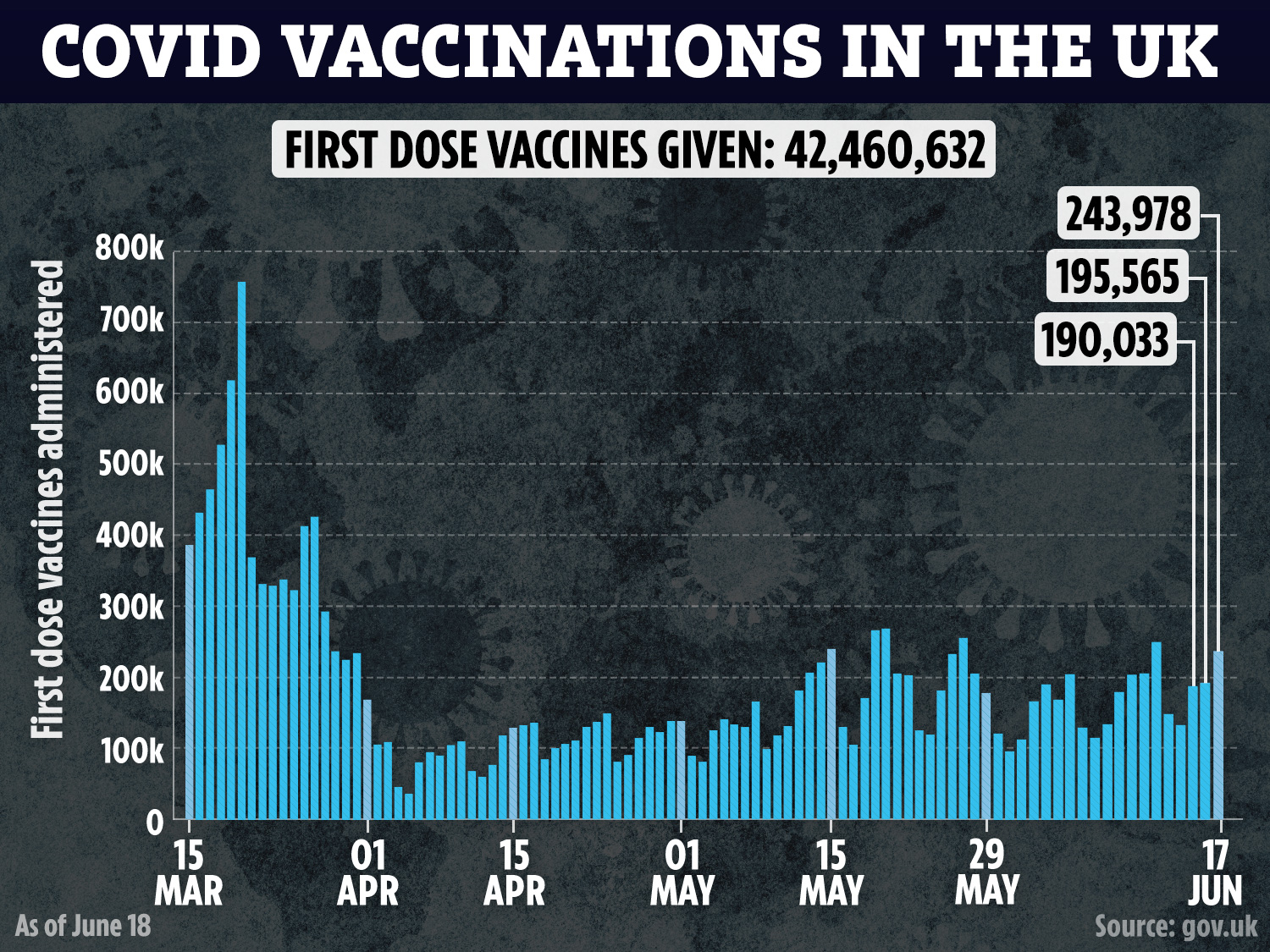 It comes as the Delta variant continues to rampage across Britain – with cases soaring by 80 per cent in a week to more than 76,000.

It’s also a five-fold increase from two weeks ago, when the figure was 12,341.

PHE said 99 per cent of new cases are the Delta variant, meaning it the most dominant type of coronavirus circulating.

Government data shows Covid cases are highest in people in their 20s, followed by those aged between 10 and 19.

Dr Jenny Harries, Chief Executive of the UK Health Security Agency, said: “Cases are rising rapidly across the country and the Delta variant is now dominant.

“The increase is primarily in younger age groups, a large proportion of which were unvaccinated but are now being invited to receive the vaccine."

Meanwhile, separate data shows the number of people infected with Covid in England is the highest it has been since April 10.

The NHS is now racing to double jab as many people as possible to stop the new variant in its tracks.

Boris Johnson has said two-thirds of adults will have been offered both vaccine doses by July 19. 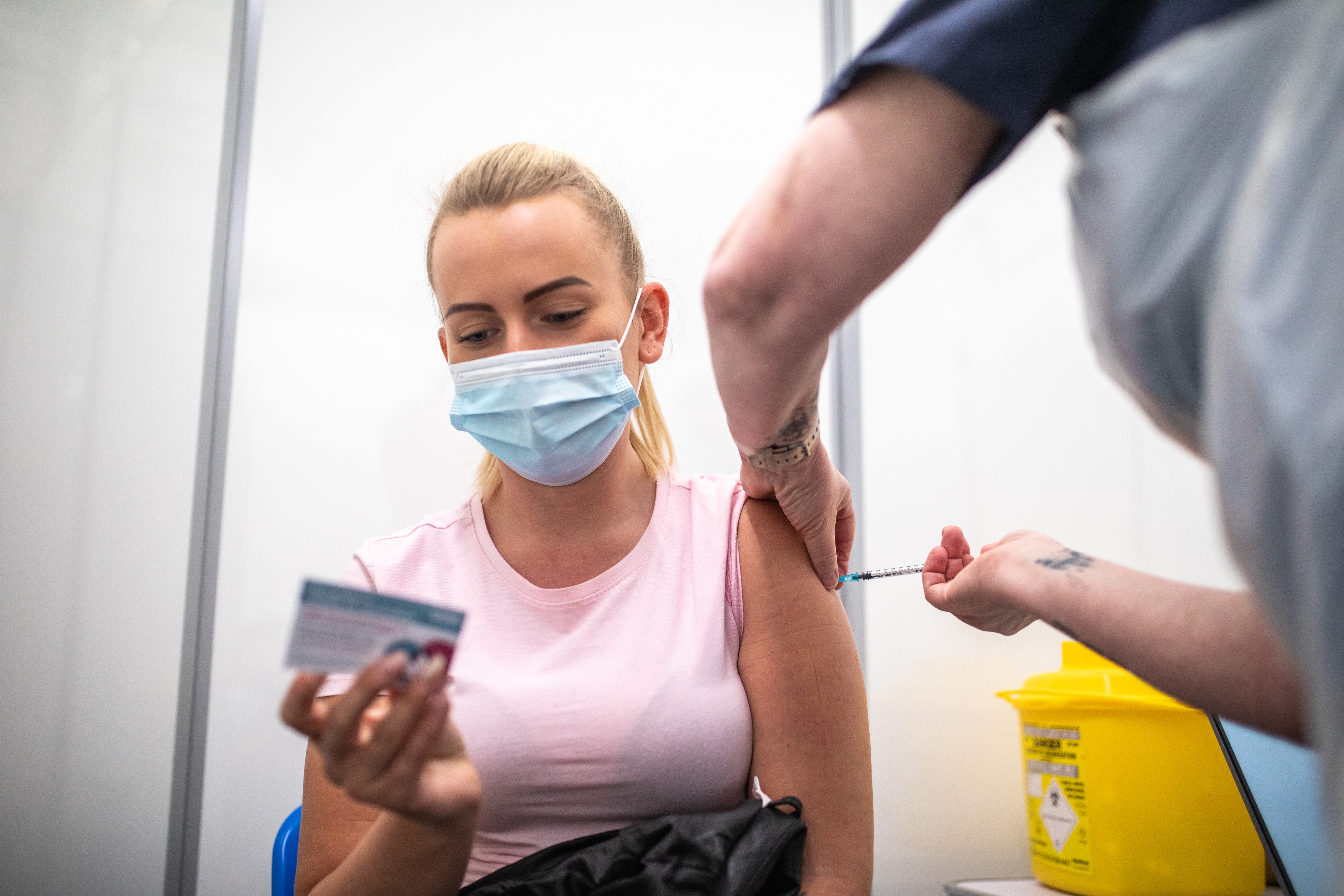