The map show precipitable water reaching over 100mm in some areas of the country by the end of next week. The weather forecast will be dismay for those already struggling to cope with the copious amounts of rain fallen this week which have caused a trail of destruction. Seven severe flood warnings are still in place as the Government’s flood warning information site warned life could be at danger over the weather.

All seven areas affected are near the River Don which flows through Doncaster, Rotherham and Sheffield.

There are also 61 flood warnings.

This means flooding is expecting with immediate action required.

The River Don is seriously affected but so is River Derwent in Derbyshire. 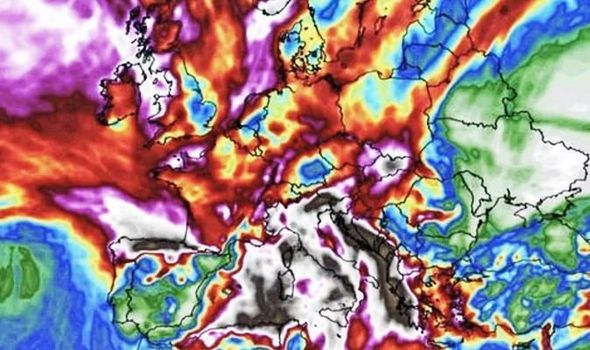 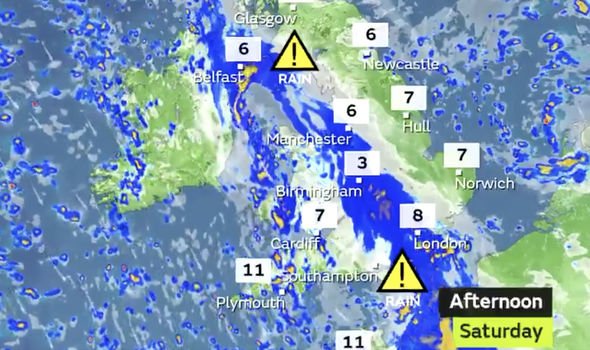 Parts of River Ryton which flows through parts of Nottinghamshire and Lincolnshire’s River Witham are also have warnings still in place in several areas.

There are 99 flood alerts still in place.

Residents in Doncaster described the deluge as “almost biblical”, as an entire month’s worth of rain fell in just one day in parts of northern England.

Sheffield City Council declared a major incident after the River Don burst its banks on Friday, but Prime Minister Boris Johnson said the situation “is not looking like something we need to escalate to the level of a national emergency”.

The body of a woman was discovered in floodwater in Darley Dale, Derbyshire, after she was reportedly swept away.

Authorities are still working to identify the deceased.

The Met Office has issued two yellow warnings for rain on Saturday, but neither of them cover the worst-hit flood areas.

However, with rivers swelling beyond their banks, dozens of flood warnings remain in place and temperatures are set to plummet.

There is a yellow Met Office weather warning for rain in eastern Northern Ireland which is in place until 8pm on Saturday. 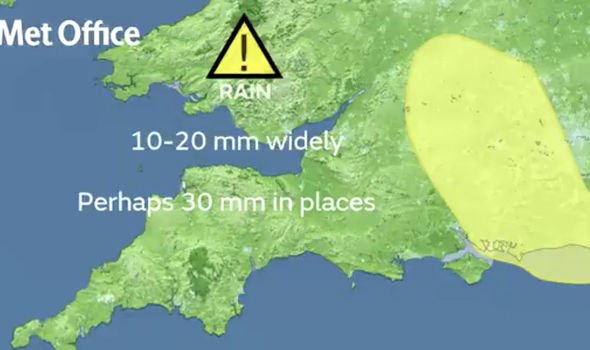 Another one in England, running from Oxford down to Brighton and Portsmouth, begins at 11am on Saturday and continues for the rest of the day.

Met Office meteorologist Steven Keates described it as “quite a messy weather picture” for Saturday, with a mix of low temperatures, frost, rain and even the potential of snow in some parts places.

He added: “I think the most important thing is that the areas which have been affected by floods should avoid rain and get some respite.”

Mr Keates said that some snow is possible in parts of Wales and the first snow of the autumn could hit the mountain tops of Snowdonia.