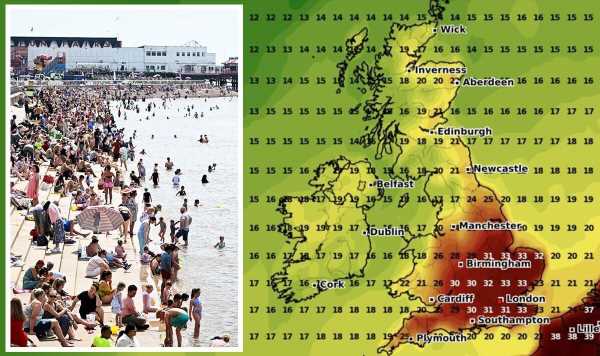 This comes after warnings of a potential drought following the record-breaking heatwave last week. A meeting of the National Drought Group, including MPs, water companies and environmental organisations, is expected on Tuesday.

Throughout Wednesday and Thursday, temperatures will largely stay in the low to midteens across England, peaking in between 21C and 22C in the southeast and the Midlands.

The southeast of England will reach highs of 25C on Thursday, with slightly cooler temperatures in the southwest and highs of 18C in Scotland.

Saturday evening will see the highest of the day’s temperatures, touching 26C in Kent by the late afternoon and 24C dotted around the southeast. 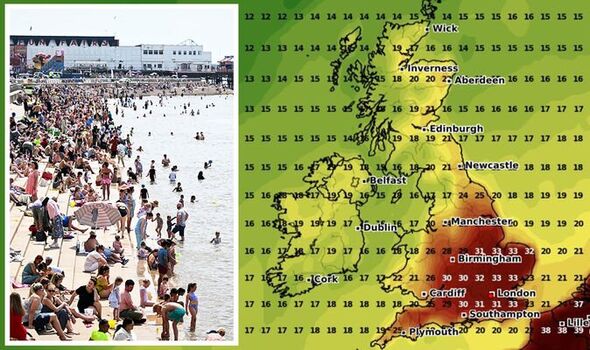 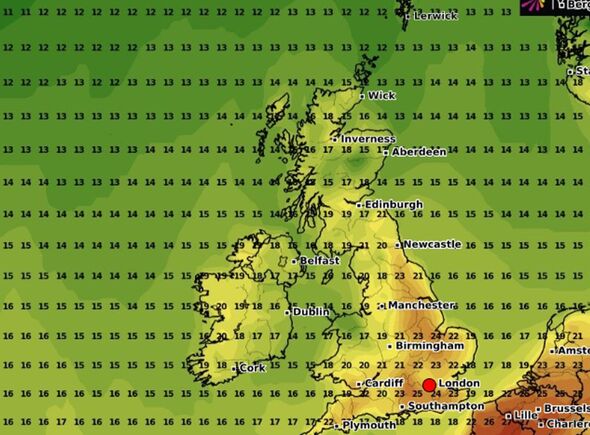 Lincolnshire will likely see 26C, with the southwest just behind at around 23C.

Heading further north, the low 20s will be common from Manchester up through to the north-east coast, with Newcastle dipping to around 18C.

A similar story is in store for most of Scotland, with much of Wales hovering between the high teens and low 20s.

Sunday evening will see marginally higher temperatures, peaking at 28C in the Kent and Surrey areas. 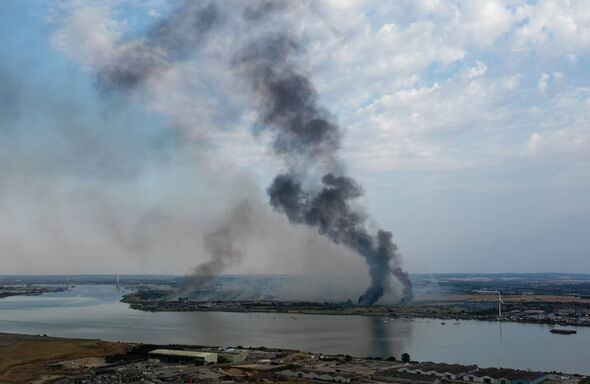 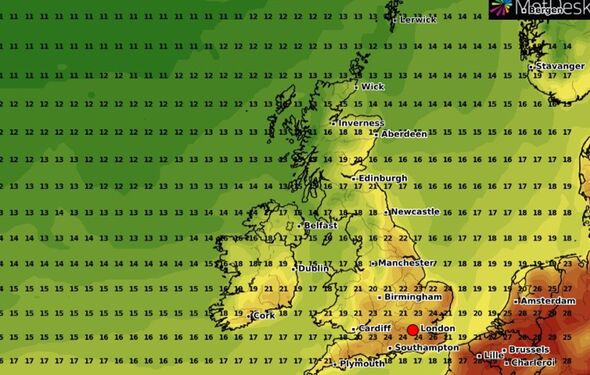 But heading into next week, many parts of the UK will once again see temperatures break the 30C barrier.

By Wednesday evening, swathes of the southeast, east and Midlands will see between 31 and 32C, with Lincolnshire and Kent once again coming out top with a possible 33C.

Norfolk and Suffolk will feel the brunt of similarly blistering temperatures, with parts of the southeast also likely to see the mercury exceeding 30C.

Temperatures will then dip heading into Thursday, before some parts of the southeast once again sail over that 30C threshold. 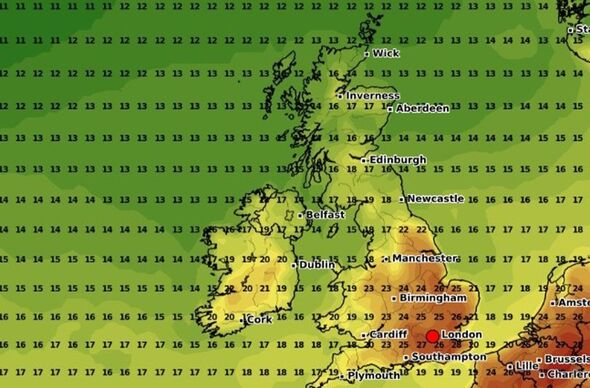 Heading into the weekend, temperatures will likely stabilise in the mid-20s across the south of England and the Midlands, with high teens the norm across the rest of the country.

Met Office spokesperson Stephen Dixon described “above average temperatures” early next week, although the forecaster couldn’t be certain about how long the spell of hot weather would last.

He described a potential for “thunderstorms” and “showers” as next month wears on.

Mr Dixon said: “Our medium-range models are showing the potential for some above average temperatures in the south of the UK at the start of next week, although the extent and duration of any warmth is still open to some uncertainty at this kind of range.

“Anything from the mid 20s to the low 30s is still possible in the south early next week and we’ll be keeping an eye on this in the coming days.”

He added: “Looking through later August, temperatures could be above average for a time in the south, with a chance of some even warmer interludes within that period.

“Further north is more likely to be closer to their average for the time of year.

“However, from mid-to-late August there’s a chance of some periods of showers or thunderstorms, while the north could see some more organised rain for a time.

“As always, details on these individual periods of weather will become clearer nearer the time.”