As September has arrived it has seemed the summer weather has officially gone. And while the chances of any autumnal heatwave seem unlikely this week, the Met Office are forecasting some warmer weather and sunny spells in some parts of the UK.

Met Office meteorologist Mark Wilson told Express.co.uk there will be “quite a lot of cloud” around and some “patchy rain” on Tuesday across western areas of the country.

Later on in the day, in Scotland there is also expected to be some heavier and more persistent rainfall.

Elsewhere will be mainly dry on Tuesday with some brightness, especially towards the east of the UK. 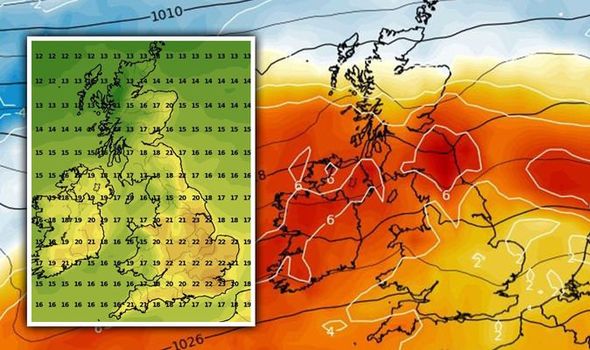 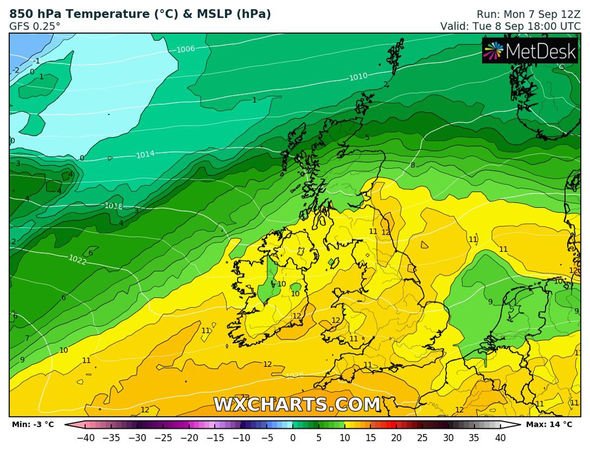 It is also expected to be quite a warm day, as temperatures could reach as high as 24C in the south-east.

For Wednesday, Mr Wilson said much of the UK will see some sunnier skies after rain and cloud passes.

He said: “Through Tuesday night into Wednesday that cloud and rain will sink its way southwards, and it will take its time.

“So I think the rain [will be] clearing the far south of England on Wednesday afternoon. 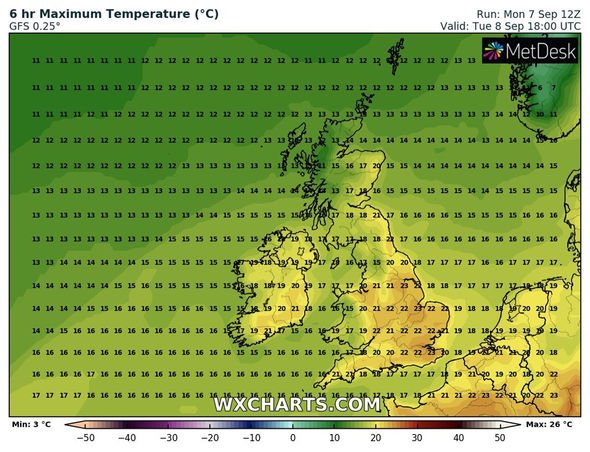 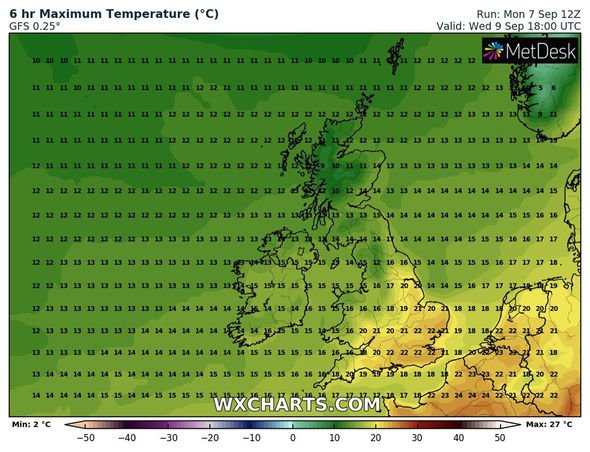 “But behind it, it will turn much sunnier from the north, sunnier skies with a few showers across Scotland.

“[So] sunnier skies following on Wednesday but a little bit cooler as well.”

Thursday looks likely to be a dry day generally, with some sunshine and sunny spells.

Nights are expected to be cooler, but temperatures in the daytime will still be quite warm particularly in the south.

There is a bit more uncertainty in the forecast for later on in the week. 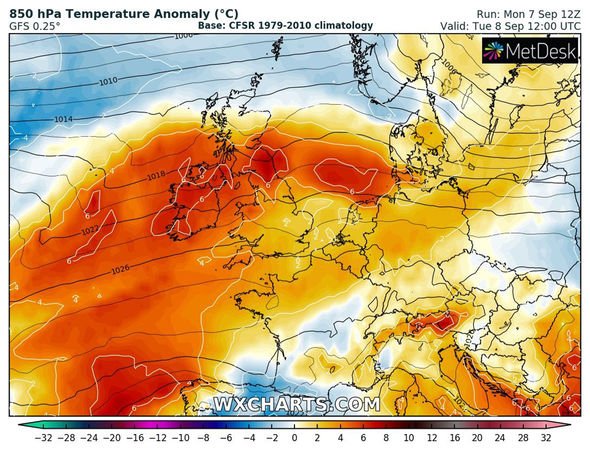 However in the south it is expected to be mainly dry towards the end of the week.

Although warmer weather is expected this week, the Met Office is not currently forecasting heatwave conditions.

But the warmest day this week is predicted to be Tuesday, and towards the weekend temperatures could climb up a little bit again.