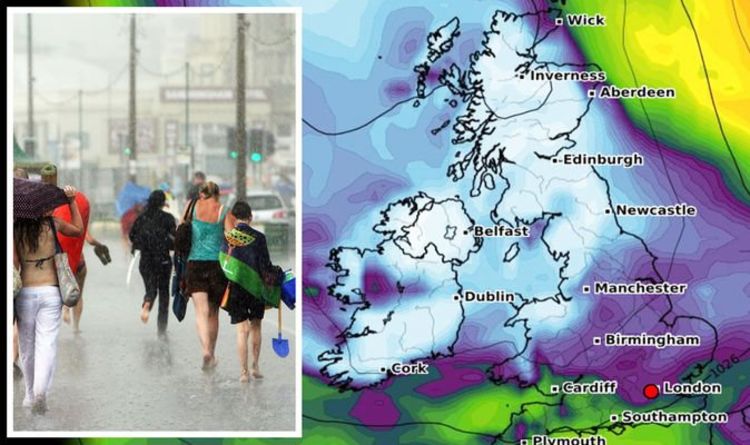 Britons have basked in a brief spell of sunny and warm weather over the past week following weeks of rain and flooding at the start of August. Scotland could also see glorious highs of 26C in southern regions today, with Leeds and London also enjoying 23C. But there will soon be a change in the air by this weekend as colder winds strike many regions.

The latest wind gust maps from WXCHARTS show shades of green and yellow air barreling towards the UK in a northeasterly direction, suggesting storms may be on the way.

Nick Finnis at Netweather warned of winds and showers hitting many regions of the UK over the Bank Holiday weekend.

He said: “High pressure still in control over the Bank Holiday weekend, centred close to the northwest of Britain – this will bring a northeasterly wind across southern, central and eastern England which will feed in cloudy skies at times here, with some showers across south east England possible on Saturday.

“Cloudy skies also feeding in across Scotland and north east England at times, particularly on Sunday.”

The BBC’s long range forecast added low pressure near Iceland is predicted to sweep towards the UK this weekend, bringing “wetter, cooler” conditions with it.

The forecast between Monday, August 30 and Sunday, September 5, added that next month could also start on a damp note following the brief warm spell in August.

It said: “Summer will close out much as it has been this past month, with weak pressure systems bringing a chance of rain for some with temperatures near or just a touch above average.

“As we head into autumn, the high pressure that was with us in late August is expected to shift away to East Europe and weaken.

“At the same time, there are some good signals for high pressure to build in the polar regions.

“These features will allow low pressure near Iceland to drift closer to the UK from the northwest, bringing more unsettled weather and some wetter, cooler days.”

Netweather’s long-range forecast between Monday, August 30 and Sunday, September 5, added weather systems from the Atlantic could also send stormy conditions towards the UK next month.

The forecast said: “Later in the week, we may start to see frontal systems coming in off the North Atlantic, mainly affecting the north-west of Britain, but much of England and Wales and southern and eastern Scotland will see little or no rain from these.

“Mean temperatures are expected to be 1 to 2C below the 1981-2010 long-term normal in most eastern parts of Britain, especially inland parts of eastern England, but near or slightly above the normal in western areas.

“Rainfall totals are forecast to be below normal due to the dominance of high pressure.

“Sunshine totals will be above normal in most central and western parts of the UK, but near normal in the east, and below average sunshine is quite likely near North Sea coasts.”

The Met Office also predicted unsettled conditions as September progresses, with drier spell being interrupted by “longer spells of rain”.

“However there is a signal for high pressure and associated settled conditions to gradually become less dominant, with a trend towards more unsettled weather expected into the second week of September.

“This may bring changeable conditions with periods of showers and longer spells of rain, interspersed with drier spells at times, especially nearing the end of this period.

“Confidence is high that temperatures are likely to be near or above average for the time of the year.” 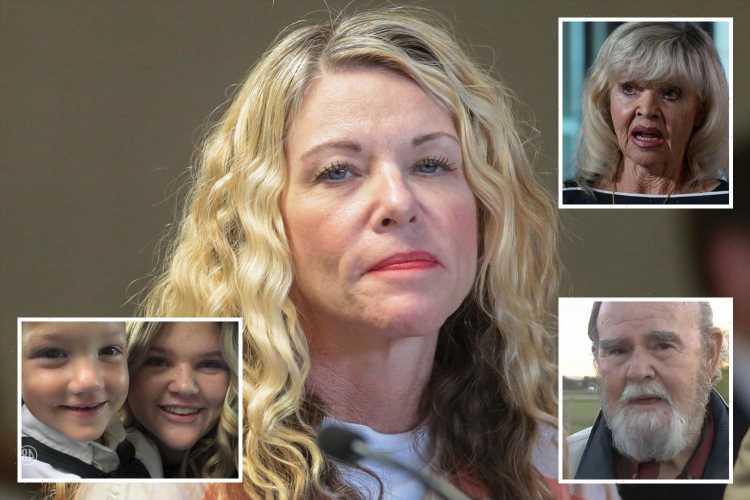