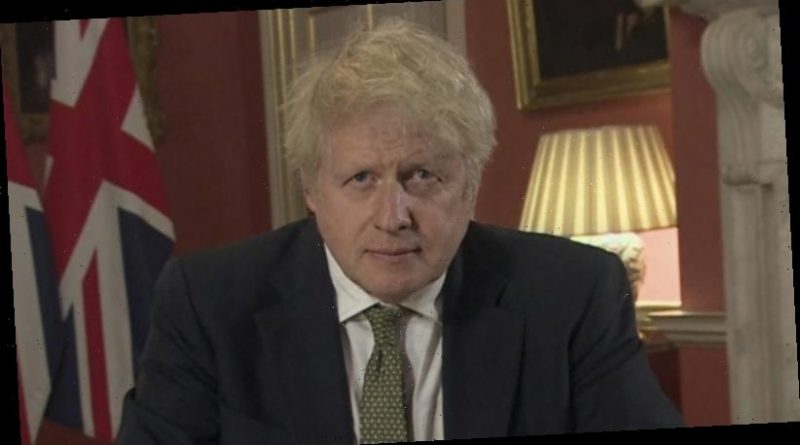 London: Britain's packed hospitals are three weeks away from being overwhelmed as a mutated coronavirus strain fuels a record-breaking surge in cases and triggers a third national lockdown.

Fending off claims the government had not acted fast or decisively enough to combat Europe's deadly second wave, Prime Minister Boris Johnson on Monday night said the United Kingdom "faced a pivotal moment" and the coming weeks would be "the hardest yet" in the pandemic. 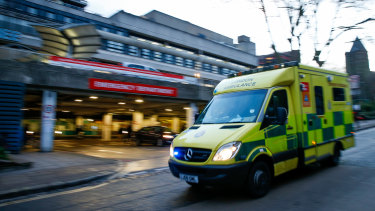 An ambulance outside the Royal Free Hospital in London on Monday.Credit:Bloomberg

New figures show more than 80,000 people tested positive on December 29 as a new variant surges across the UK.

Scientists believe the mutated strain – named VUI – 202012/01 – is between 50 to 70 per cent more transmissible. There is some early evidence suggesting the new variant spreads more easily among children than existing strains.

Daily coronavirus hospital admissions reached 3145 on Monday – a number that has eclipsed the worst day of the first wave.

In England's south-east, as many people are now on ventilators as there were during the peak of the first wave. The total number of hospital admissions in that region are also nearly double last year's peak.

Hours before Johnson's announcement, the chief medical officers of England, Wales, Scotland and Northern Ireland released a statement warning many parts of the health system were "already under immense pressure".

"We are not confident that the NHS can handle a further sustained rise in cases and without further action there is a material risk of the NHS in several areas being overwhelmed over the next 21 days," they said.

The COVID alert level – which is separate to the UK's tiered restriction regime – has been raised to five which indicates the health system is on the verge of being swamped.

The existing caseload does not yet include an expected spike from household mixing over Christmas and New Year's Eve.

"It is no exaggeration to say that I am more concerned about the situation that we face now than I have been at any time since March," Sturgeon said.

Wales and Northern Ireland also have their own version of nationwide lockdowns.

Other countries hit hard by Europe's second wave like France, Italy and Spain have managed to reverse their skyrocketing infection rates but the UK's numbers have continued to rise rapidly.

London and other parts of England have already been under strict restrictions for nearly two weeks now but infections show no sign of slowing. 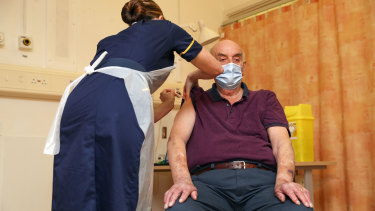 Some scientists fear the outbreak is now so widespread and the new strain so hard to control that the rollout of the Pfizer and AstraZeneca vaccines will be the only way to battle the second wave.

Johnson on Monday suggested the new lockdown could last until at least the end of February, by which stage the top four priority groups for vaccination – all care home residents and their carers, all frontline health and social workers, everyone aged over 70 and everyone considered clinically vulnerable – should have been given their first of two doses.

"The weeks ahead will be the hardest yet but I really do believe we are entering the last phase of the struggle because with every jab that goes into our arms we're tilting the balance against COVID and in favour of the British people," he said.

"But for now I'm afraid you must stay at home, protect the NHS and save lives."

"We are at the point of being overwhelmed by this disease. So I think it gives us a bit of hope but we've got some tough weeks ahead."

The UK has given 1 million people their first shot of the Pfizer vaccine and started issuing the Oxford-AstraZeneca jab on Monday.

Brian Pinker, an 82-year-old dialysis patient, was the first person to be given the approved jab.

Parliament has been recalled from its new year recess to vote on the measures on Wednesday.

Get our Coronavirus Update newsletter

Stay across the news you need to know related to the pandemic. Sent Monday and Thursday. Sign up here.