Director of International Security Studies at the Royal United Services Institute Neil Melvin urged the UK Government to invest more in training up a younger generation of experts on China and other superpowers such as Russia and other countries posing a threat to the west as he stressed the country and the west in general needs people who will be able to “handle the difficult times” that lie ahead of us in terms of international safety and security. Referring to Rishi Sunak’s plan to close all of China’s Confucius Institutes in the UK, Mr Melvin suggested that, besides the implementation of such measure, the UK needs to “match” that decision with a greater investment in training China experts as he stressed finding a way to avoid a conflict on Taiwan is “maybe going to be one of the key issues on international security agenda” in the next decade.

Speaking to Express.co.uk, Mr Melvin said: “The world that we’ve now entered into suggests that we need to give new capacities in our human capital investment in people who speak languages, who follow those countries, who are linked up to expert networks in those areas.

“I don’t think that the Confucius Institute is the mechanism that does that.

“Of course, it’s raised a lot of questions about what exactly it is doing, is it actually a Chinese influence too rather than a tool that’s sort of promoting closer bilateral ties and better understanding?”

Referring to Mr Sunak’s plan to close all Confucius Institutes in the UK, he argued: “I don’t think the decision to restrict, to even close some of these Confucius Institutes, is the wrong one, but it does need to be matched by the UK government investing more in training up a younger generation of experts on China, on Iran, on Russia and all other threats because we really moved away from that over the last 30 years.” 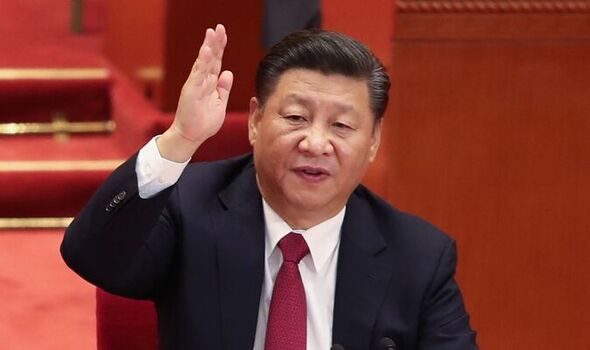 The announcement of the move came after the current Tory leadership candidate referred to China as “the biggest long-term threat to Britain and the world’s economic and national security”.

Mr Melvin continued: “Over the cold war there were a lot of these programmes where experts were trained on how to understand the Soviet Union and its various aspects and they all have been closed down and collapsed.

“But lastly I would say an important part of those programs was also that you did have the opportunity to travel even in the most difficult times, there was a UK Soviet education exchange so people went to the Soviet Union actually spending time there and understanding the society from within.

“Even though you might have a very difficult relationship, it’s still important that you keep these contacts going, because actually, that brings forth the next generation of experts that you’re going to need to handle the difficult times”. 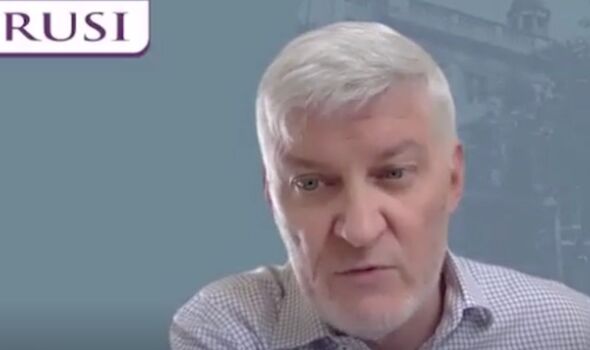 When asked about what to expect in Taiwan in the short-term amid greatest tensions between Beijing and Taipei, Mr Melvin stressed that, after the current situation in Ukraine, China’s possible invasion of Taiwan “is maybe one of the most dangerous issues in international relations”.

Referring to the latest developments in Taiwan which saw China launching ballistic missiles across the Taiwanese island in response to US House Speaker Nancy Pelosi’s visit to Taipei, he explained: “China has very clearly set itself the goal of reclaiming Taiwan and it has built a military which is really very, very powerful and the United States has been equally serious that it will defend Taiwan.

“We have a sort of zero-sum situation on both sides, there’s no way out of this, both sides can be a winner.

“Finding a way to avoid a conflict on Taiwan, I think, in the next decade is maybe going to be one of the key issues on the international security agenda”. 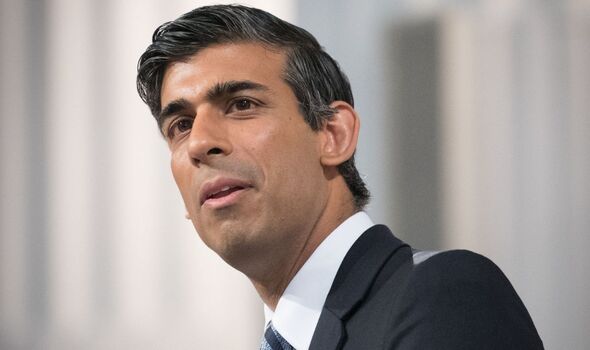 Looking at China individually, Mr Melvin stressed that many countries are “economically reliant” on China, both economically and technologically and, amid what observed in Taiwan recently, he forecasted that “looking ahead, it does seem as though that trajectory of relations [between Beijing and the west] is growing more and more towards the confrontation”.

When asked if the west should be doing more to restrain China’s influence on the west, he said: “I think we have seen quite significant move towards recognising that China is a much bigger challenge than we thought.

“Even in the NATO summit, which took place in June, for the first time we really get recognition in that document that China is not an economic opportunity, but actually represent something of a threat.”

On the occasion of the NATO summit held in Madrid in June, NATO countries have for the first time included China in the Strategic Concept as posing a “systemic challenge” to Euro-Atlantic security.

He said: “I don’t think we necessarily have to argue that the pace of change needs to be accelerated because it is also a more complicated issue than with Russia because China is integrated into the global economy.

“I think we’re likely to see more alliances, such as the AUKUS which the UK, Australia and the United States set up last year, emerging and greater discussing about how to actually create a deterrence against China which we haven’t really fully though that through yet”.

READ NEXT:
Campbell FUMES over possible return of LORD FROST and Redwood
Brexit: Truss poised to press trigger in first action as PM
London travel chaos: Multiple tube stations CLOSED because of flooding
Dan Wootton speaks about problems facing Britain
Biden’s Brexit meddling as US tried to convince UK to back down to EU