Home » World News » UK weather: DELUGE to smash the UK in 24 hours ahead of hail and thunder

Britons everywhere have been blessed with hot temperatures and sunshine in recent weeks allowing those with gardens to bask outside. However, now Britons in quarantine are due to be forced to remain in their homes as the Met Office predicts significantly “unsettled” conditions to hit the country.

The Met Office has forecast torrential rain, hail and thunder for the coming days as temperatures drop.

The unsettled conditions are forecast after highs of 25C hit parts of Britain last week.

Provisionally, the weather forecaster has said April is set to be named the sunniest on record for Britain.

Between April 1 and April 27, there have been 215.8 hours of sunshine, which is 46 percent above the average for the month.

This is the result of persistent high-pressure systems over or close to the UK, leading to an extended spell of fine, dry and sunny weather since late March. 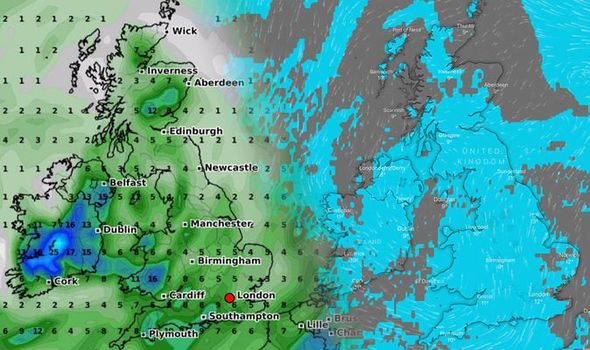 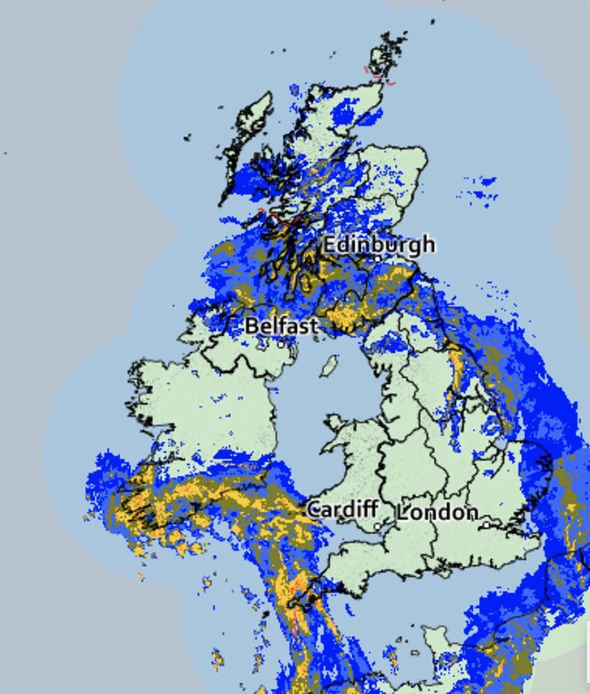 The Met Office forecast for this week indicates the weather will be breezy with rain and showers, with some heavy and thundery periods.

The weather forecast predicts cloudy weather to hit on Thursday with brief sunny intervals and showers.

The showers will be heavy with thunder in places and will be milder for most, but breezy in the south and also the far north.

From Friday to Sunday, there will be sunshine and scattered showers on Friday and Saturday, locally heavy.

Northern areas mainly dry and bright on Sunday whilst cloud and rain spread northeast across southwestern and some central areas. 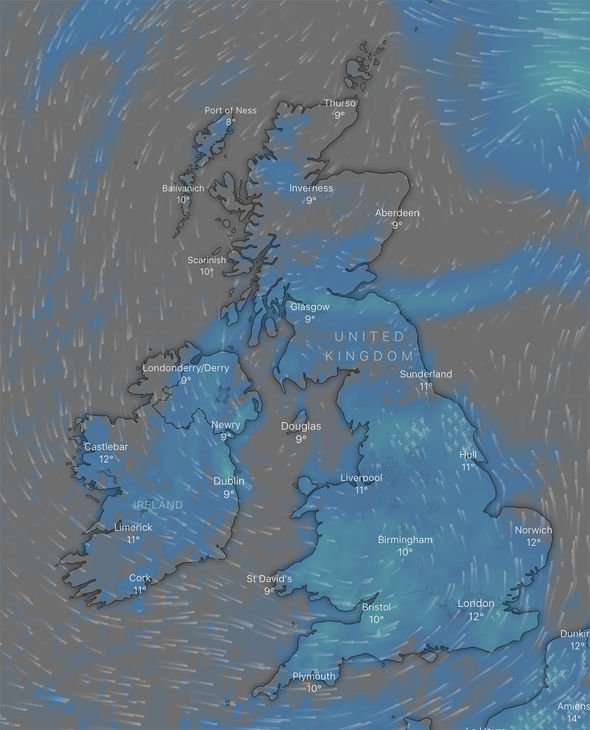 The warm and dry weather in April came to an abrupt end this week as heavy rain lashed central and southern parts of Britain.

Temperatures widely dropped to single figures in many areas.

The forecaster said: “Some areas will struggle to get above 8C.

“These areas will have been more than 10C higher in the past few days, so it’s a big change.”

The Environment Agency has issued seven flood alerts across the UK.

The organisation has warned some properties could be at risk of flooding.

The southwest of England and Wales could be hit the hardest by the torrential rain, with up to 1.2 inches (30mm) of rainfall on Wednesday and Thursday. 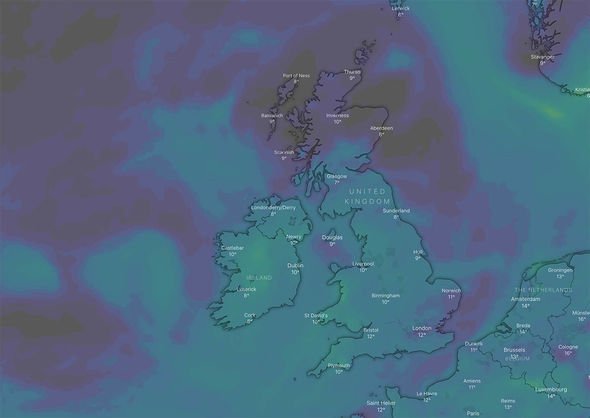 He said: “It’s going to be a case of dodging showers on Thursday, particularly across England and Wales.

“Maybe some more persistent rain to start across southern Scotland, that will only slowly turn lighter and patchier.

“But across England and Wales, we will see some heavy thundery showers pop up here and there.

“And around English Channel coasts, some gusty winds touching gale-force at times.”

Throughout the rest of May, unsettled conditions will continue as Atlantic weather systems bring further bands of rain to many areas, particularly in the south and the west of the UK.

It is possible there could also be some brighter and showery conditions in between these frontal systems and it is expected the weather will be windy at times, especially along southern and western coastlines.

After this unsettled period at the beginning of the month, more settled conditions are likely to return.

From mid-May to the end of the month, there could well be a mix of conditions.

There is likely to be some periods of changeable weather, with heavy rain and thundery showers, as well as some drier and sunnier periods.