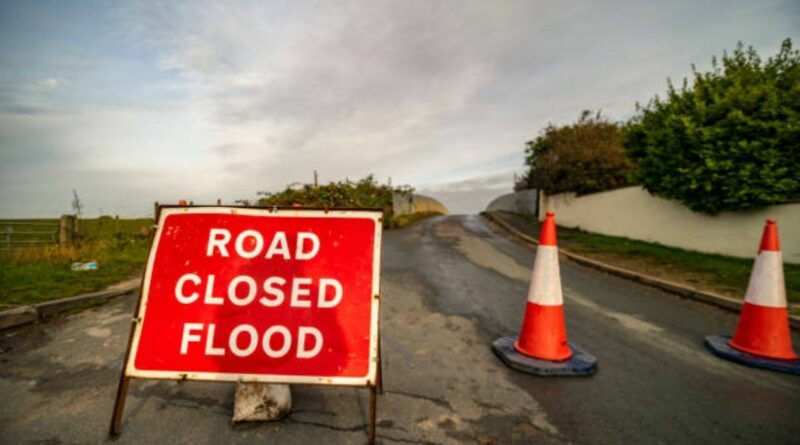 In England, a flood alert is in place for the Tidal Thames Riverside from Putney Bridge to Teddington Weir, with river levels expected to be high as a result of spring tides.

In Scotland, a flood warning has been issued for Churchill Barriers, with a combination of high tides and a strong wind leading to a high risk of wave topping and hazardous conditions.

Road closures in the area are likely around high tide.

Later in the week the UK looks set to be divided along weather lines as the south continues to enjoy the summer sunshine while the north battles heavy downpours and chillier temperatures.

This week’s heatwave will come to an abrupt end over the weekend as storms and heavy rains set in, however, by the beginning of next week warm temperatures and sun will return to the south of the country.

However, in the north showers look to be more prevalent with a northwesterly wind bringing the temperature down to below normal for the time of year.

According to the Met Office, the weekend will be: “Cloudy central parts with outbreaks of rain, turning increasingly heavy with a risk of thunder.

Rain looks likely across the country for Sunday, but by Monday and Tuesday the south is forecast to stay dry while showers spread to the north west.

Looking ahead to next week the Met Office predicts: “To start the period, it is likely to be cool and rather cloudy across northern areas of the UK with some patchy rain or showers in places.

“Further south it is likely to be dry with temperatures closer to normal, feeling warm in sunny spells.

“Winds should generally be light, though some stronger winds could affect the far north.

“Into the weekend, the most probable scenario is for clear and sunny spells with occasional showers.

“Temperatures close to or slightly below normal under a north- to north westerly breeze.”