BRITAIN is on high alert for the first major storm in four months with nationwide torrential downpours and 50mph gales forecast this weekend.

Heavy rain and damaging winds will send the bad weather into next week as a deep low-pressure system bears down on the country. 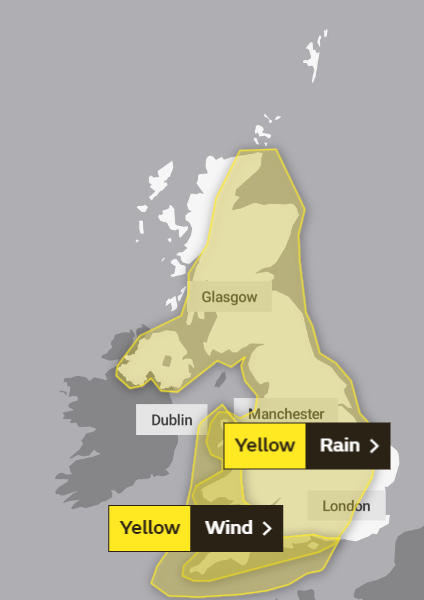 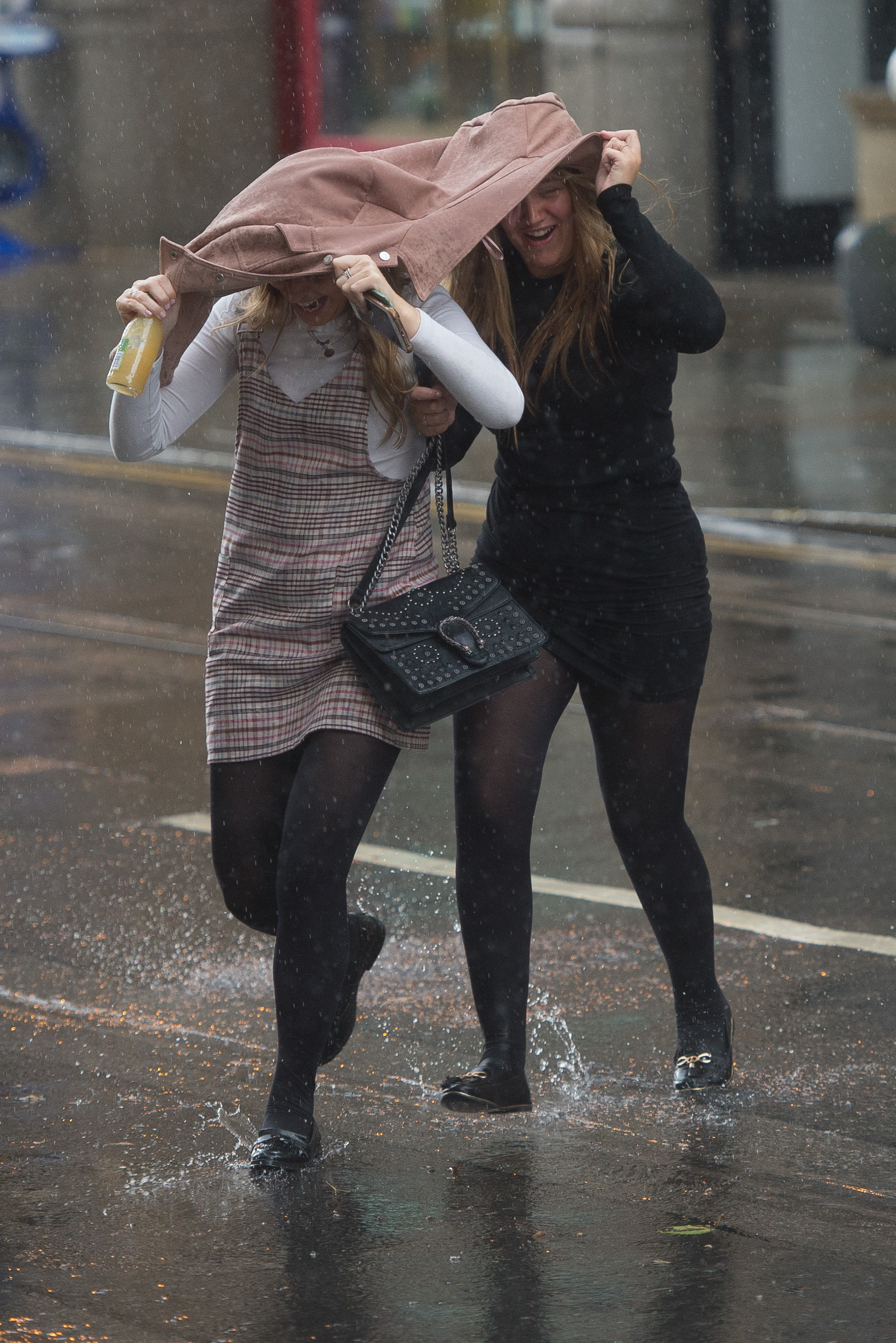 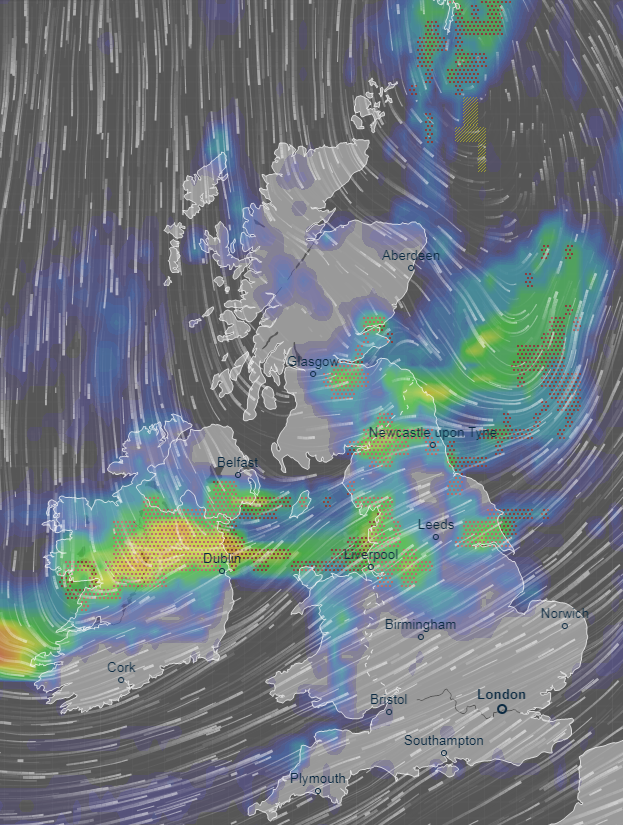 The three-day hammering threatens to be the worst since Storm Hannah struck in April – with late summer about to feel like autumn.

Powerful gales will lash coastal and inland regions while warnings are in place for inches of rain to fall in a matter of hours.

High winds will whip up massive waves putting swathes of the country at further risk of flooding, according to the Met Office.

Met Office meteorologist Marco Petagna said: “In terms of the combination of strong winds and heavy rain it would be fair to say that the next few days will see some of the worst weather conditions since Storm Hannah in April – mainly because of the wind.

“Although it has not been as windy since, there have been a lot of rain and flooding events mainly brought about by intense thundery downpours.” 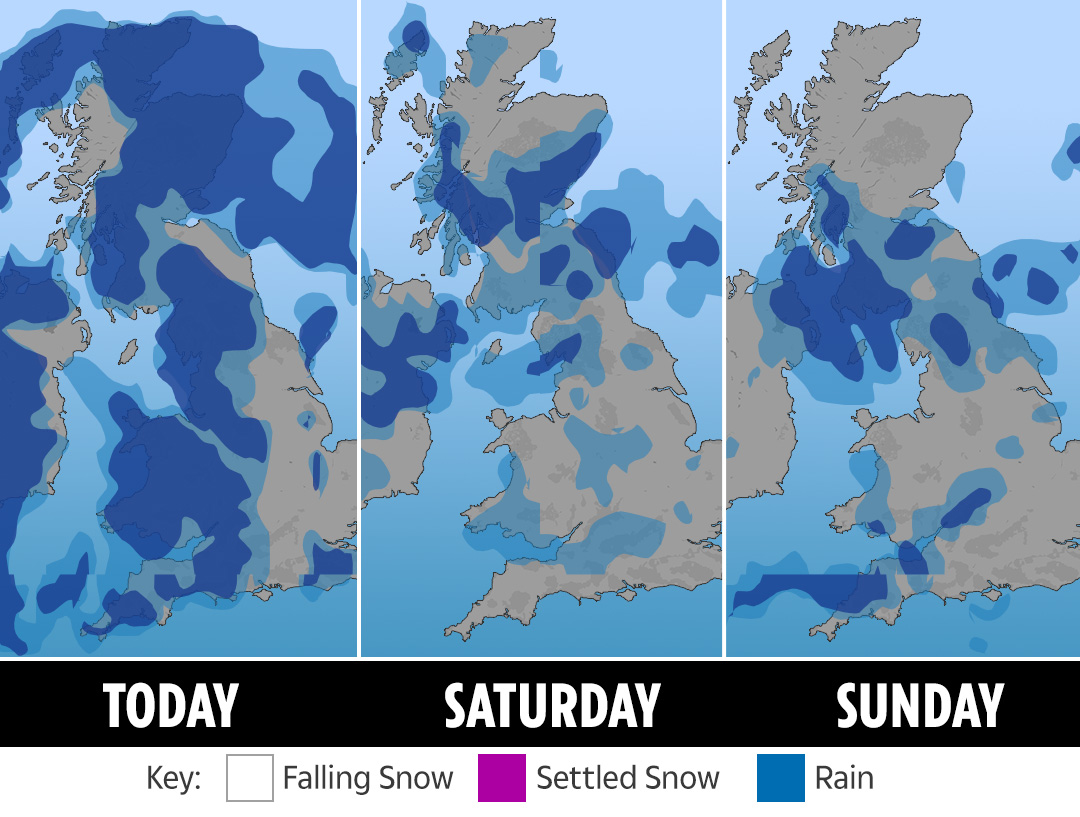 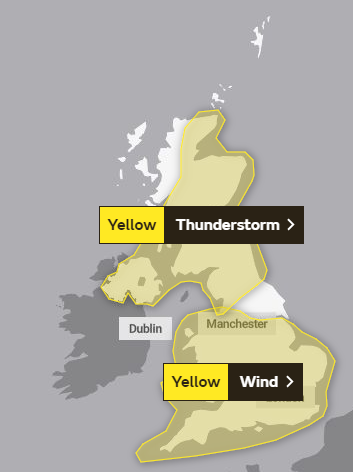 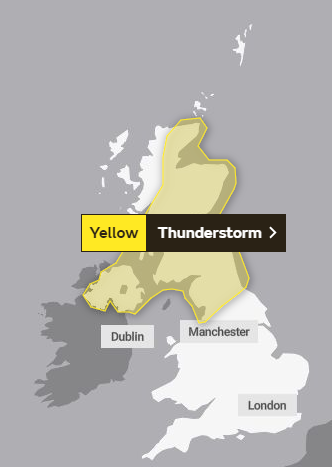 Separate warnings are in force on Saturday putting Scotland and the north on alert for thunderstorms – while southern Britain battens down the hatches for strong winds.

People in central and southern England are warned to prepare for delays at airports, power cuts and huge waves to smash defences.

Thunderstorms across the north will also bring a risk of significant disruption through the start of the weekend, the Met Office said.

Rain will be the main concern through most of Friday before winds start to pick up ahead of the weekend.

Unsettled weather will hold out through the weekend and into next week with temperatures also set to plummet, Mr Petagna added.

He said: “The wet and windy weather will start to set in on Thursday evening with wet weather pushing north-west through the night and into Friday.

“Our main concern on Friday will be the rain, we could see one or two inches in a few hours by the end of Friday, we are also expecting thundery outbreaks and there could be hail in the mix as well.

“Winds will pick up during Friday and by the evening we could see gales towards the south-west coast with gusts of 50mph possible inland in parts.

“Saturday is going to be a very showery day and it is important to point out that with trees in full leaf and people on holiday at this time of year the impacts could be more significant as a result.

“The low pressure tracks away through the weekend but we are still expecting a lot of rain as we catch its tail end into the start of next week.”

Caravan users, motorcyclists and lorry drivers have been told by transport officials to only drive if absolutely necessary due to the risk the winds pose to their vehicles.

Caravans are warned they could blow over in 60mph gales. 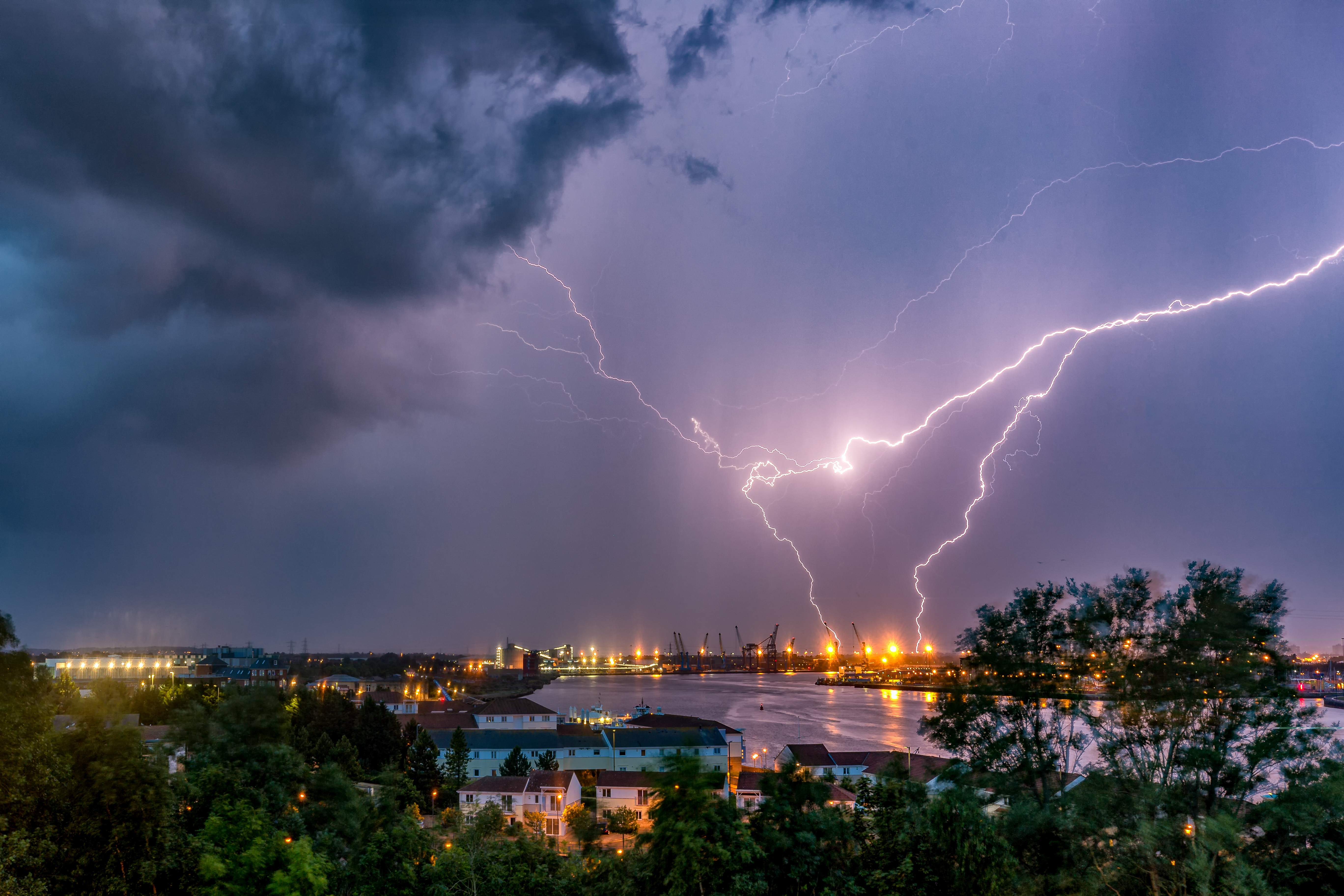 The gales are set to be so bad that even three-day St Annes International Kite Festival was cancelled.

The foul weather will be driven by warm air being pulled up from the Continent and the jet stream which will steer the storm in like a conveyor belt, he said.

Though the potential storm set to batter the UK this weekend hasn't been named yet, it would be called Idris, according to the Met Office.

Mr Petagna added: “The jet is at a relatively low latitude and will be close to the UK through the next few days helping to steer this weather in from the Atlantic.”

The last major storm to hit the UK was Hannah which struck in late April unleashing winds of more than 80mph and halting weekend events.

Tens of thousands of homes and businesses across Ireland were left without power while fallen trees blocked roads and railways in the UK.

Warm air brought up by Friday's storm will push temperatures into the mid to high-20Cs across southern Britain, forecasters say.

A tropical plume will become wrapped up in the Atlantic low before sweeping into the UK bringing highs of 26C across southern England.

James Madden, forecaster for Exacta Weather, said: “It will feel warm and quite humid at times among the mix of heavy and widespread thundery showers.” 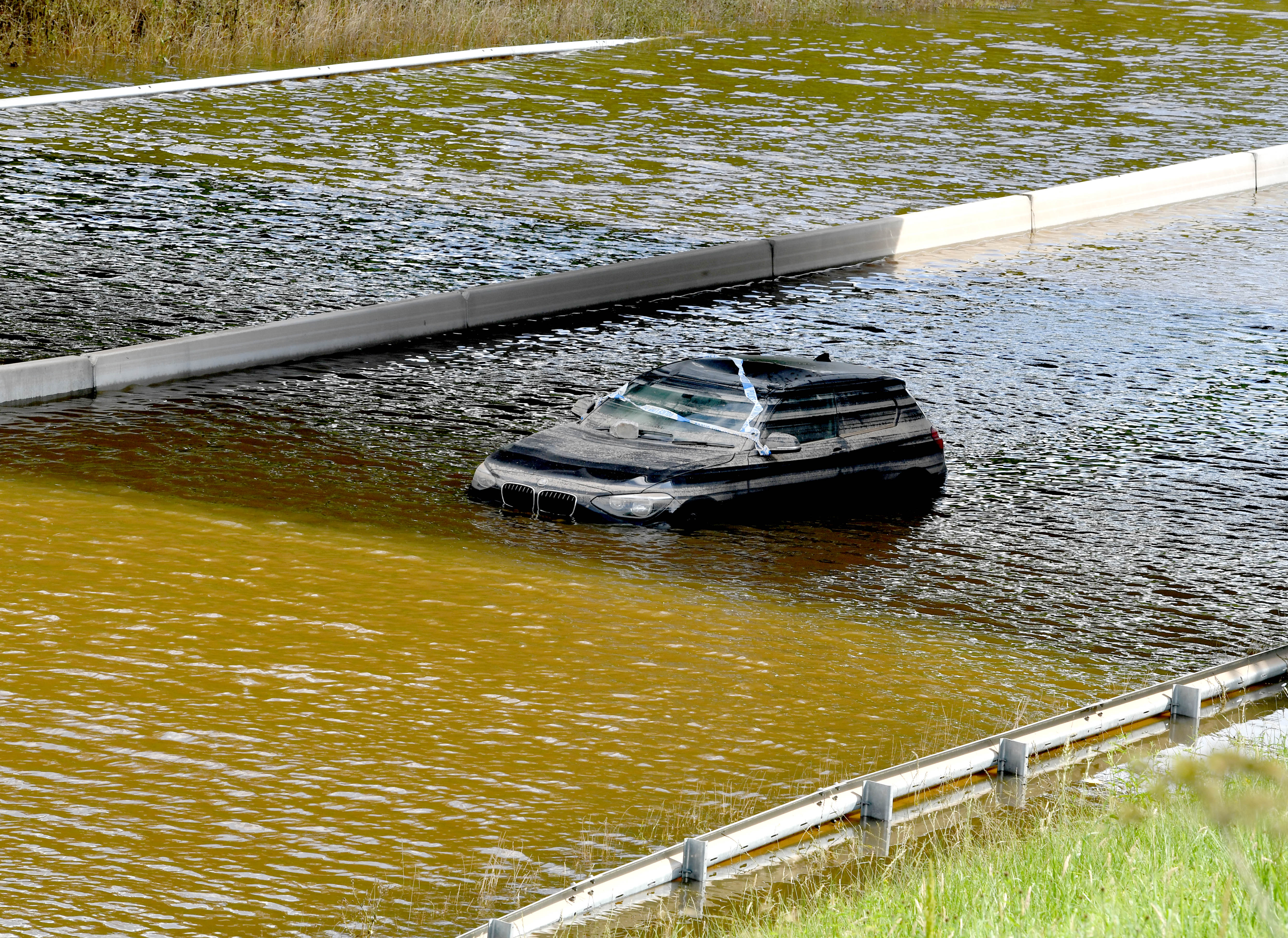 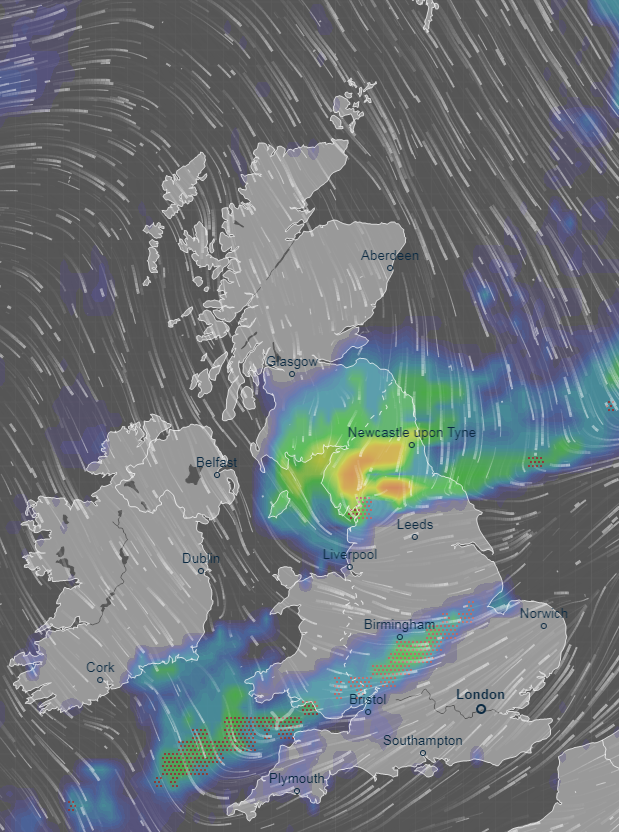 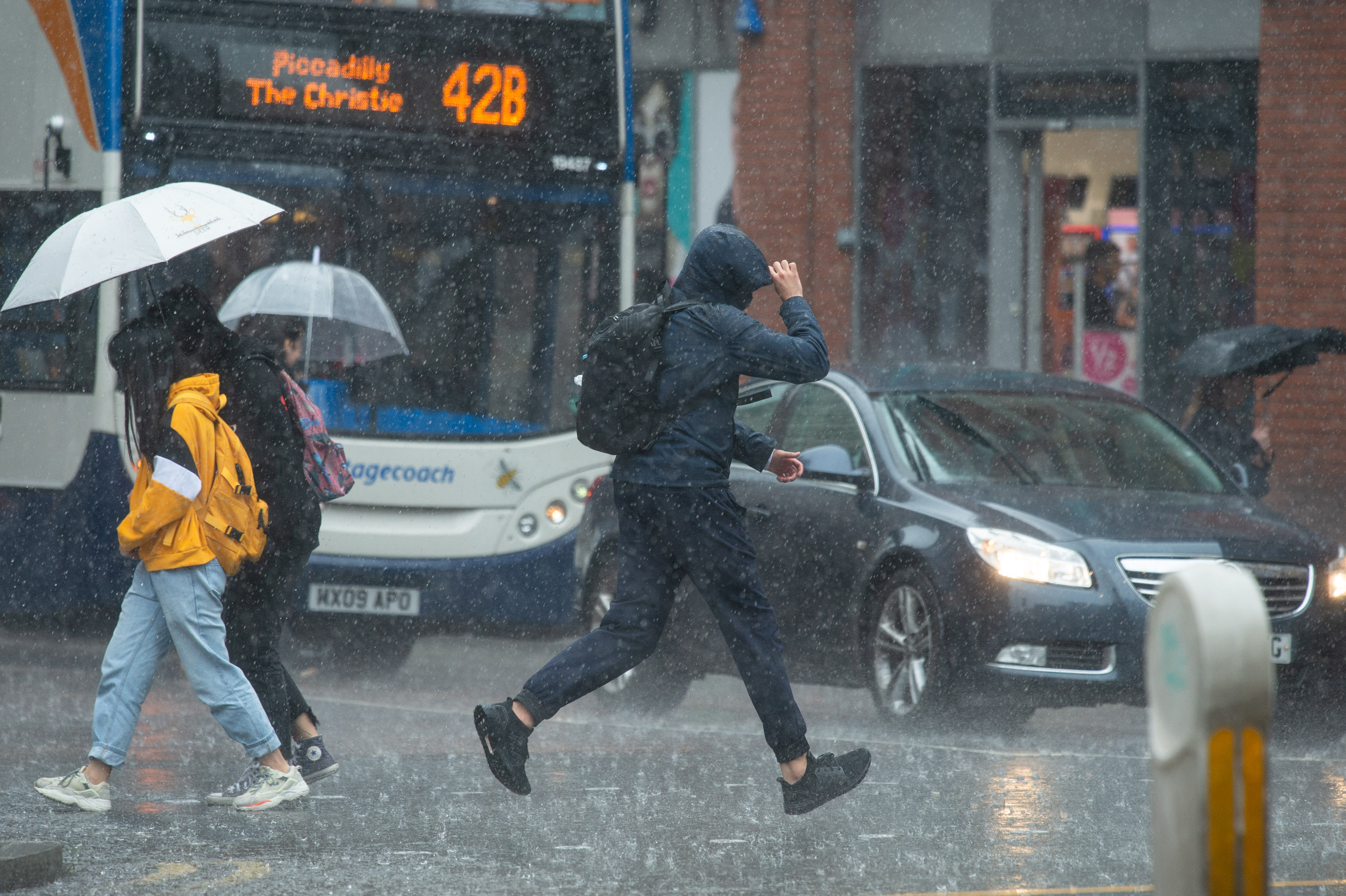 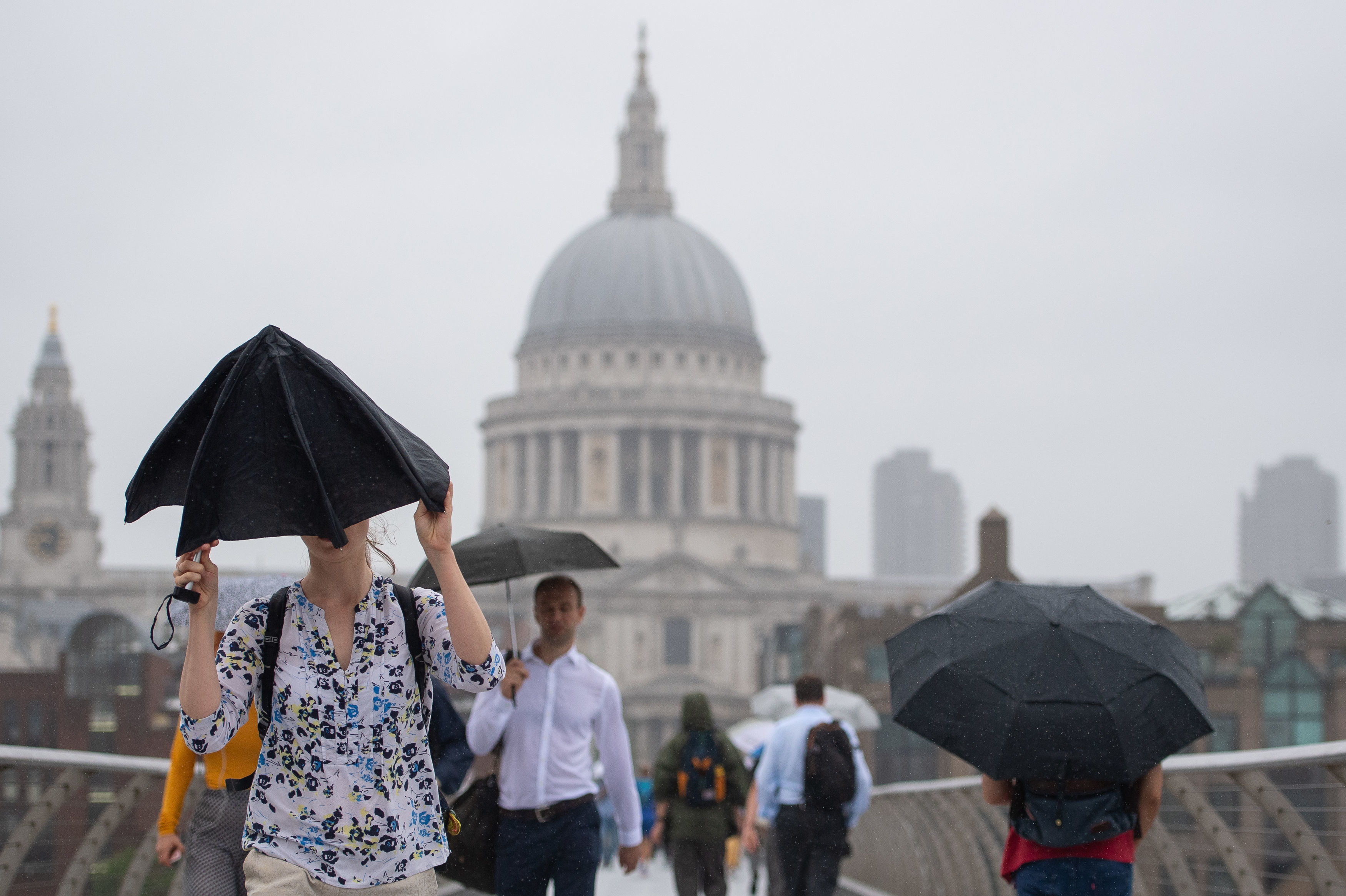 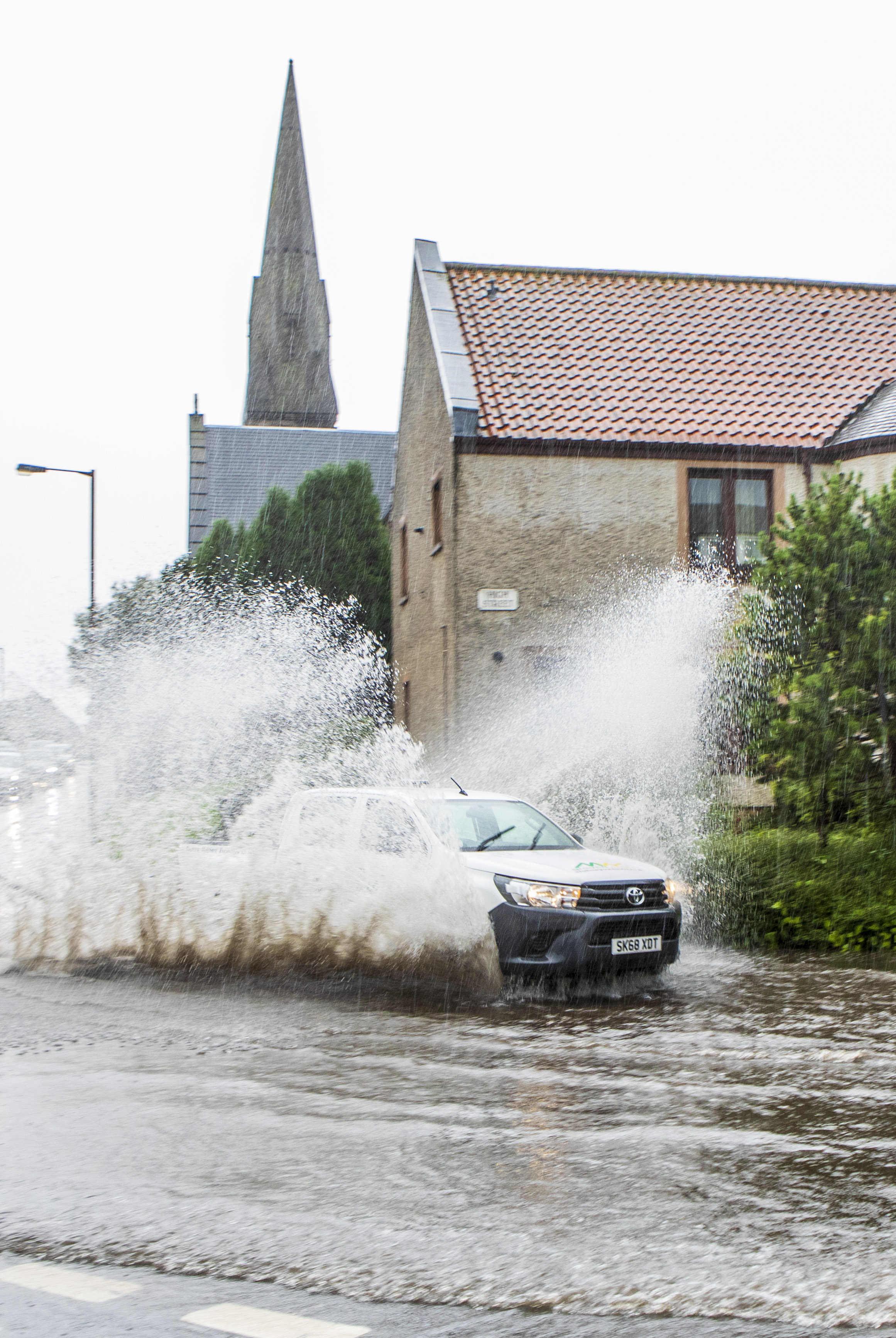 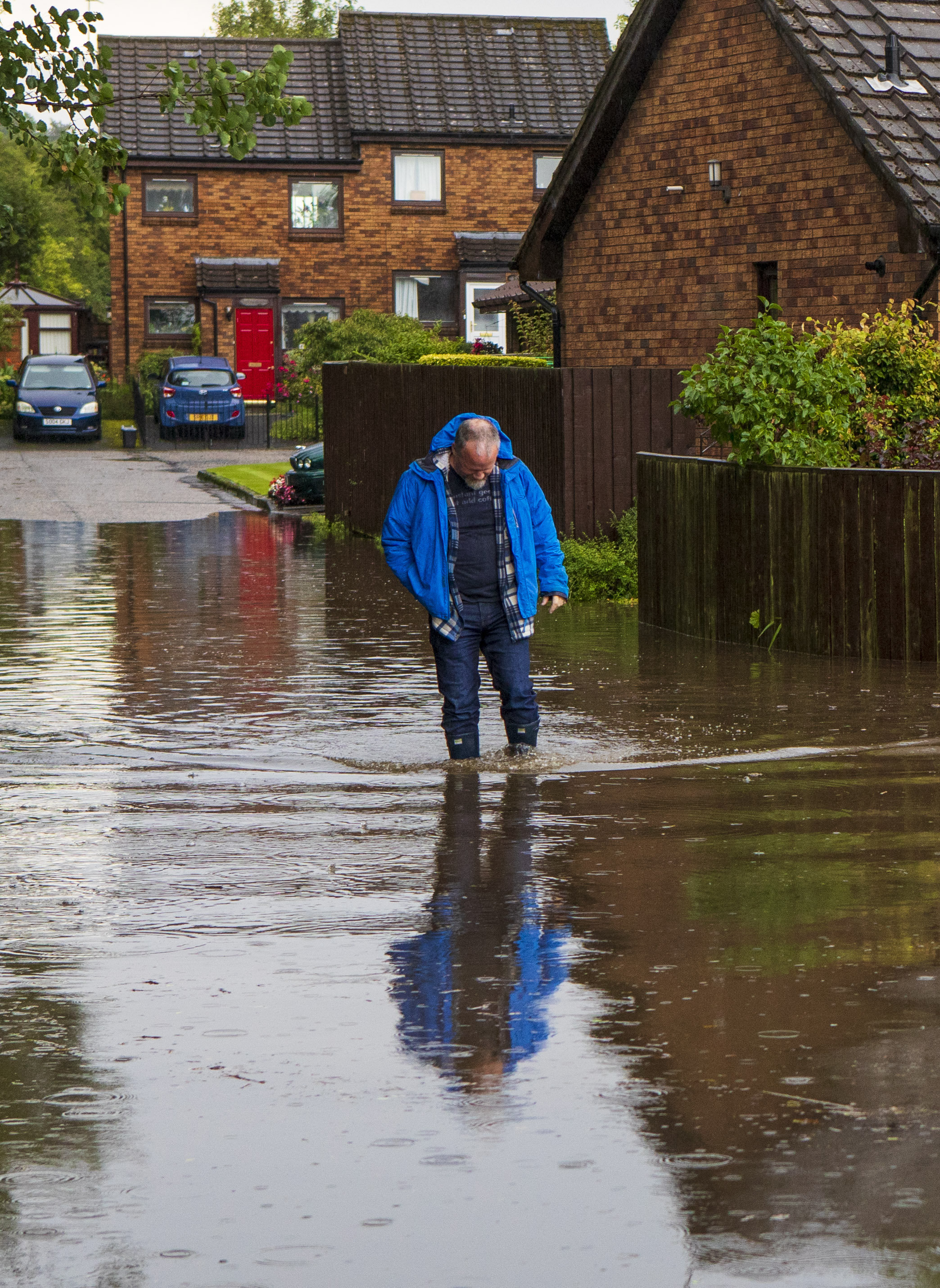 Mother-of-eight forgives partner after he confessed to cheating

How to get FREE McDonald’s fries tomorrow
Celebrities News