Cold plunges of air across Canada and the US, where thermometers are near-freezing, are adding to the strength of the jet stream which will steer low pressure systems towards Britain’s shores. In turn, the UK will be hit by stormy conditions including heavy rain and strong winds, forecasters have claimed.

The low pressure weather systems are expected to hit from Monday 26 October, according to BBC Weather.

Its long-range forecast read: “It will remain unsettled over the UK as a strong jet stream over the north Atlantic continues to head towards the country.

“This will steer further low pressure areas into the UK.

“Cold plunges of air across Canada and USA appear partly the reason for why the jet stream will be so strong and why low pressure areas could be vigorous as they track towards us over the Atlantic. 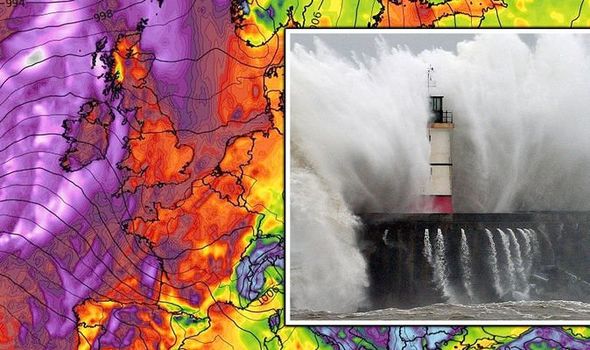 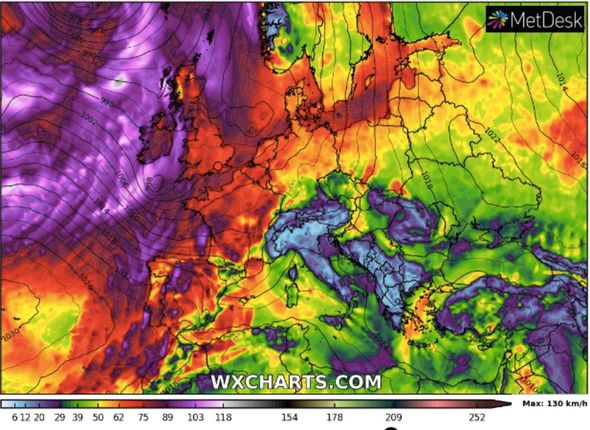 “The cold air over Canada will contrast with the much warmer than average sea surface temperatures off the east coast of Canada and over the northwest Atlantic.

“Strong horizontal contrasts in temperature here give the jet stream above some added strength.”

It warns of “extensive cloud, spells of rain and some strong winds at times” from October 26. 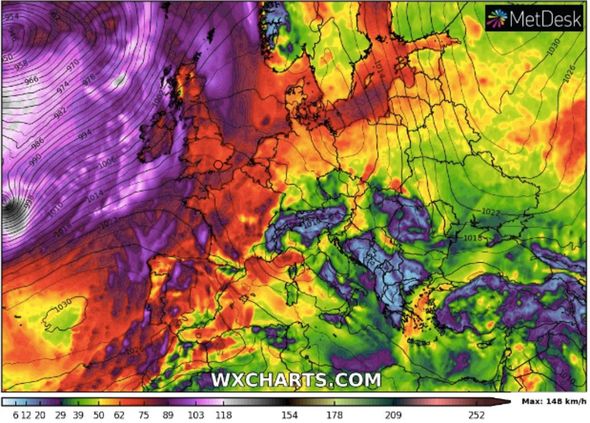 A deepening Atlantic low pressure area will bring rain to Scotland and northern England on Monday 19, according to BBC Weather.

The rain will also batter western England and large parts of Wales later that day, while southeastern areas will remain dry.

Tuesday is expected to be more unsettled with strong gusts and rain for much of the country. 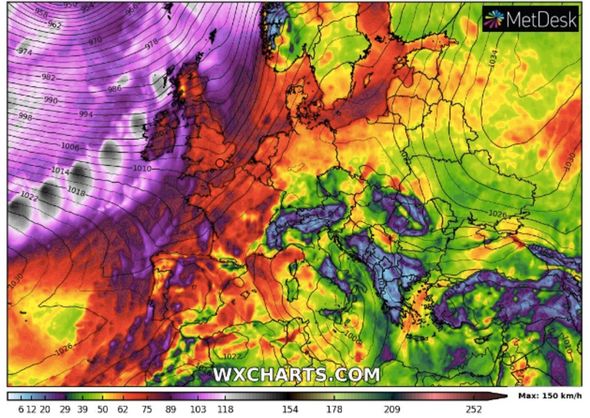 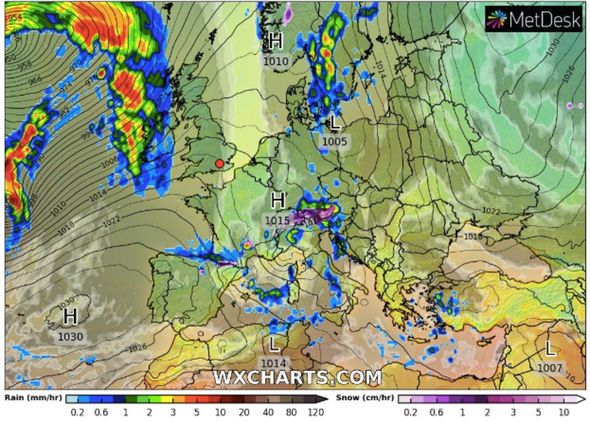 Temperatures will plummet in the north and west on Wednesday as the south faces further rainfall.

A new low pressure area from the Atlantic will lead to cloudy and rainy weather at the end of the week, according to BBC Weather.

Looking ahead to November, the month is forecast to begin with drier conditions.

This is due to high pressure over Scandinavia and central Europe shifting over England and Wales.

But BBC Weather warns by mid-November “things really start to get tricky”.

They claim cooler than average sea temperatures in the Pacific – a La Nina pattern – could send temperatures plunging in the UK.

However, a ring of westerly winds above the North Pole will intensify as polar temperatures drop, in what is known as the Stratospheric Polar Vortex.

The vortex is currently expected to become stronger than average in November which would lead to dry and mild weather in the south, with the north hit by wet and windy conditions.