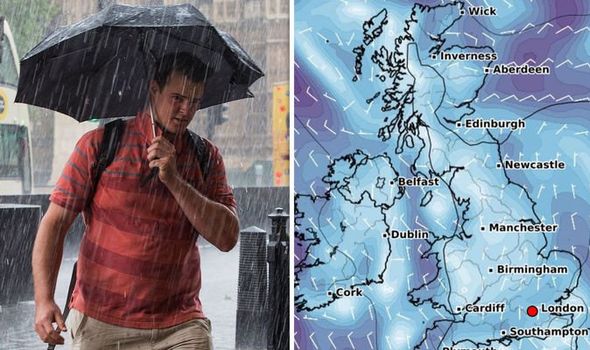 Don’t be fooled by clear skies on Thursday morning as low pressure from the continent is pushing temperature down as the mercury barely makes it into double digits. The changing weather is expected to dominate the forecast this week as the temperature is seven degrees Celsius below average. Met Office meteorologist Aidan McGivern said: “Sunny skies greet us as we start Thursday in much of the UK another fine day in store but there are subtle differences and a slow change on the way.

“Some patchy cloud for the central belts as we start off Thursday as well as Northern Ireland but for much of England and Wales clear skies.

“In the countryside temperatures in the low single figures so a fresh if not chilly start to the day in many places.

“However widespread sunshine as we open at all on Thursday morning for the vast majority of places.”

High pressure is moving north as easterly winds sweep over the UK as cloud is expected to blanket the country. 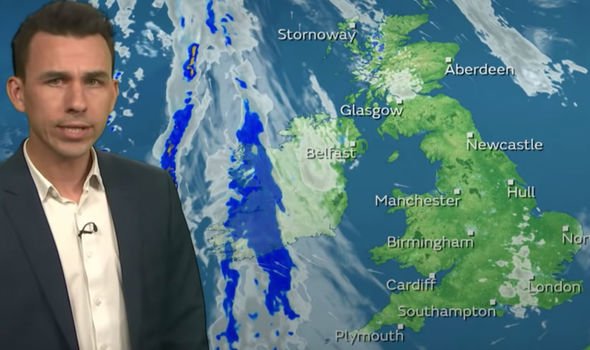 The wind will be particularly cold by the North Sea.

“Those temperatures are falling away because we’re picking up more of a cool easterly breeze and that will be evident on those North Sea coasts in particular.

“Low pressure from the continent starting to influence our weather more.” 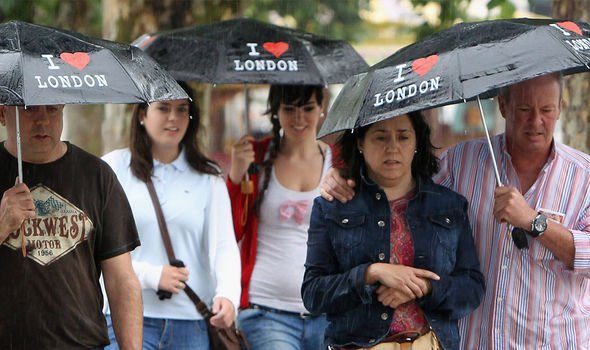 Rain will come as early as Friday as a band of rain moves north.

Mr McGivern added: “On Friday we’ll see an initial spell of rain pushing its way west across parts of England and Wales followed by showers followed by a lot of cloud cover.

“Compared to recent days it’s going to be much more cloud in the sky across England, Wales and southeastern Scotland

“Temperatures on their way down and certainly on that North Sea coast it will feel quite chilly with the wind coming in from the east.

“A lot of cloud cover so the weather changing ever so slowly over the next few days but still some warm and bright weather to be found.”