Towards the end of the month, forecasters have predicted a band of tropical weather will arrive from Southern and Central Europe. Southern areas will see the best of the warmer weather due to the arrival of high pressure from Europe. A second band of high pressure will hit the UK in mid-September, after sweeping across the Atlantic.

Low pressure will then track into the north of England, with drier conditions expected in the south.

In the BBC’s long-range weather forecast, they said: “Temperatures will be near normal for northern areas, but we expect some warmer air to reach into southern areas more frequently.

“This is due to high pressure beginning to build back into Southwest and Central Europe.

“As warm fronts move in from low-pressure systems, the southwest breeze will be able to drag some of this tropical air into the UK, but likely only for short periods of time. 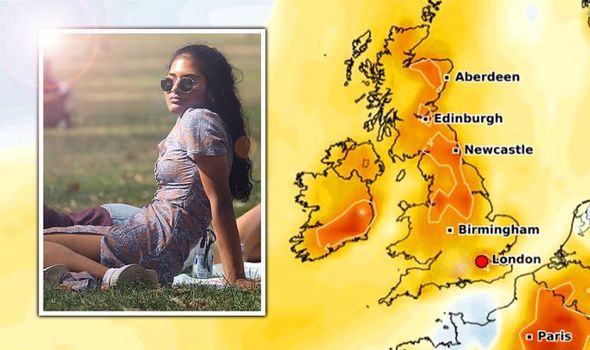 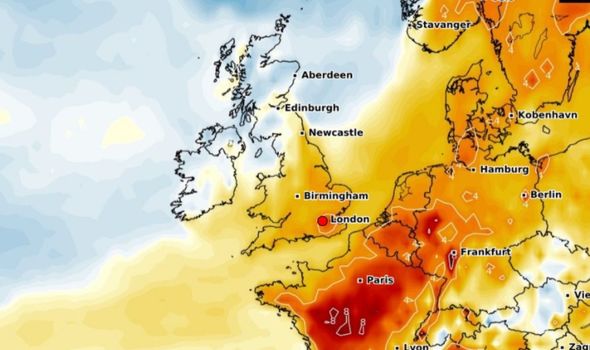 “Into mid-September, high pressure is likely to build more strongly in the Atlantic to the southwest of the UK, and this will help shift the winds to a more northwest direction.

“Atlantic air will tend to move into northern areas while tropical air occasionally makes its way into the south.

“Low pressure will continue to track nearby to the north, so most frequently wet for northern areas, but drier for southern areas.”

Prior to this band of tropical weather hitting the country, the UK will see far wetter conditions over the next week.

JUST IN: Storms 2020: What storms have hit the UK this year? 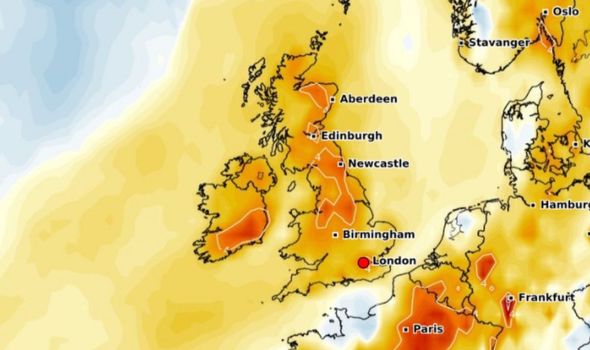 Large parts of the country experienced heavy rain on Wednesday and according to the BBC, a band of low pressure will also cause severe winds across the country.

On Thursday and Friday, wind speeds are expected to increase to 50mph (80kmh).

Such is the heavy band of poor weather hitting the country, it is also expected some thunderstorms may hit western areas of the UK.

They said: “Northern Ireland and western parts of Britain are expected to see the strongest winds, with gusts likely to exceed 50mph in many areas. 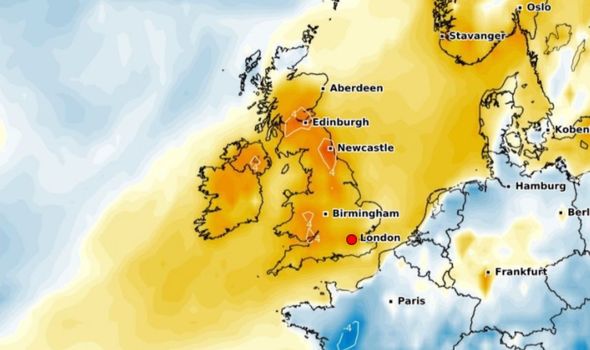 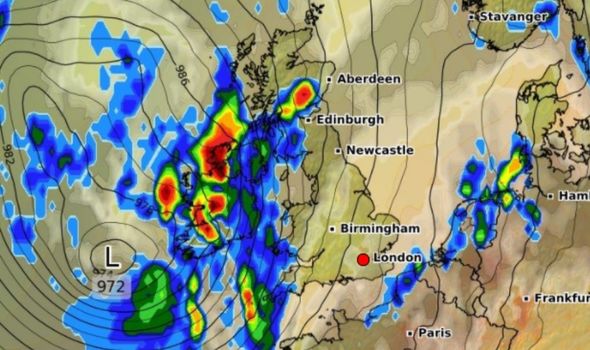 “With some ground waterlogged from recent heavy rain, winds could be strong enough to bring down tree branches and perhaps cause some disruption.

“Squally showers, thunderstorms and longer spells of rain will accompany the brisk winds in western areas.

“Eastern parts of England and Scotland should be drier though, with some sunny spells.”

The poor weather has been caused by the arrival of Storm Ellen which swept across Ireland.

Due to its sheer size, weather warnings have been declared for the next three days. 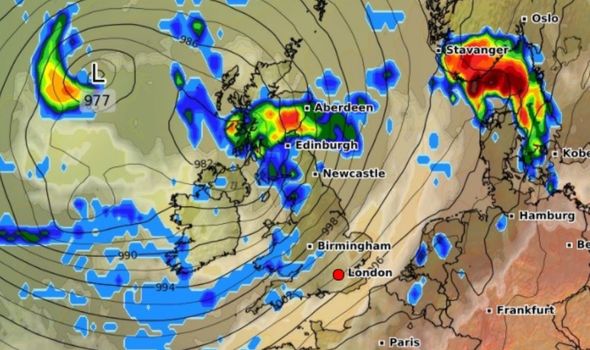 As a result of Storm Ellen, temperatures are not expected to rise above 23C (73.4F) over the next week.