Seven yellow weather warnings have been put in place, with the country put on alert for treacherous conditions this weekend. Commuters could face delays on Friday as heavy rain is set to cause havoc on roads, according to The Met Office. Meanwhile, those looking to escape for the weekend are likely to face delays and cancellations to train and bus services.

“Saturday, very windy with gales in the south. “

Looking ahead to early next week, the agency says: “Monday will be another day of showers and sunny spells. The showers will be heavy at times with a risk of thunderstorms and blustery winds.”

A series of yellow weather warnings have also been issued across the nation as extreme weather looks to pummel Britain. 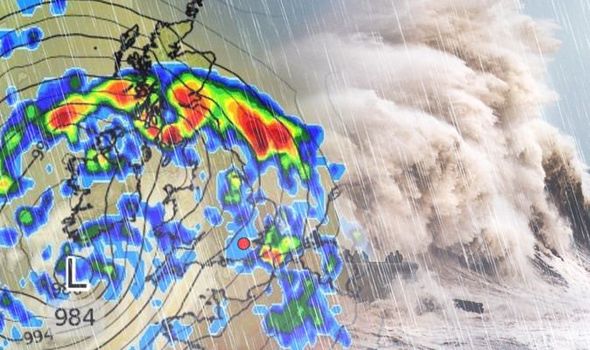 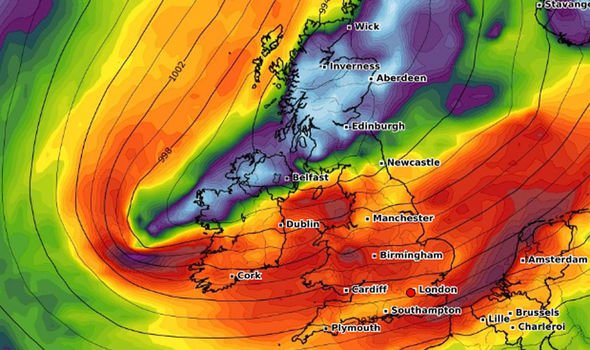 Rain warnings have been issued for the whole of the UK on Friday, with the Met Office warning some businesses and homes could be damaged due to flooding.

They add that spray could lead to dangerous driving conditions and there is a small chance of fast-flowing water causing a danger to life.

But the conditions are set to worsen on Saturday, with two weather warnings in place for thunderstorms north of Manchester.

The Met Office adds: “Many places will miss these, but where they do occur 10-20mm is possible in one hour, with perhaps 30mm in a few hours. 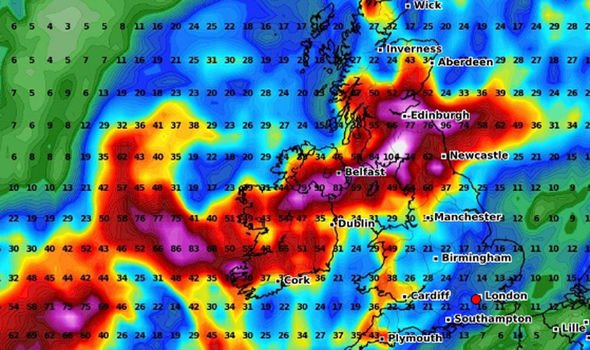 The south will be saved from the worst of the thunderstorms but will be battered by heavy winds throughout the weekend.

Gusts of up to 90 km/h are heading to southern regions as the weekend gets underway, with coastal towns warned of catastrophic consequences.

They added: “Probably some bus and train services affected with journeys taking longer 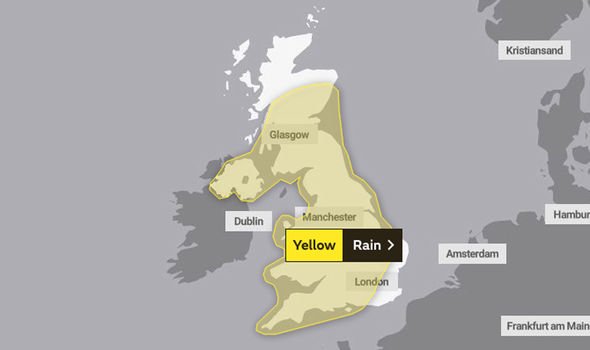 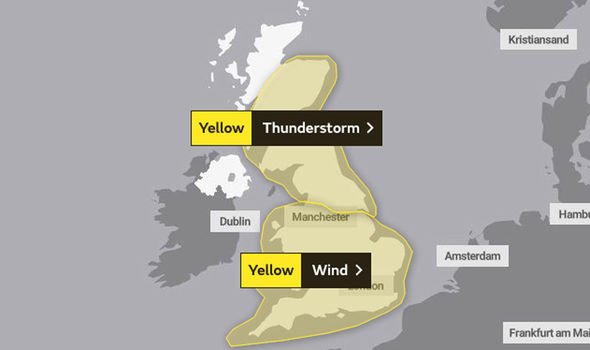 “Some delays to road, rail, air and ferry transport are likely, with some fallen trees possible.

A weather alert from the agency also added: “Unseasonably strong southwesterly winds are expected to cause some disruption, with gusts over 40mph quite widely inland.

“Gusts over 50mph are possible across parts of central and south-eastern England, particularly in association with showers.

“Gusts in excess of 60mh are likely around coasts of Bristol Channel, English Channel and through the Strait of Dover.” 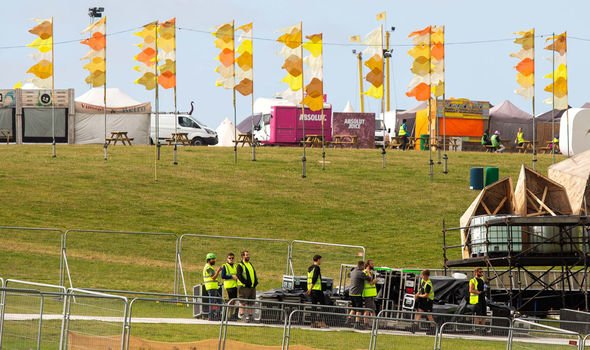 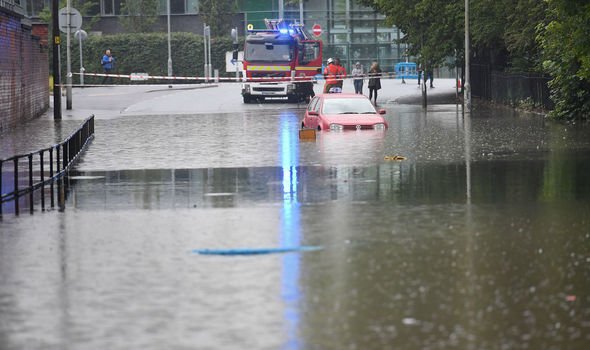 The BBC’s Alina Jenkins backed up The Met Office’s warnings as she confirmed strong winds and rain were on the horizon.

She added: “We are looking at some very disturbed weather by the end of the week… it’s all tied into this low-pressure, unusually deep for August, pushes its way across the UK on Friday.”

The threat of drastic winds has seen popular music festival Boardmasters axed after organisers said they could not compromise with the safety of visitors. 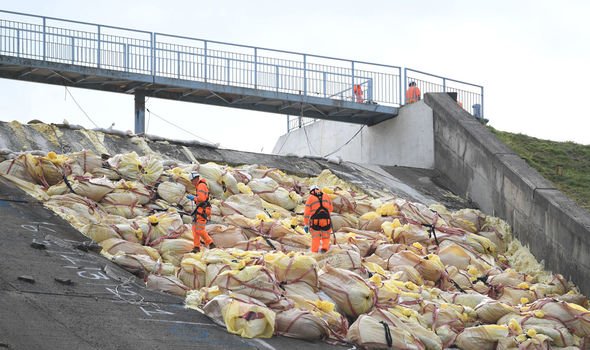 Yellow weather warnings for thunderstorms are still in place across Scotland for today and tomorrow, despite days of heavy rain that has battered northern towns.

Residents were forced to evacuate the town of Whaley Bridge last week after cracks appeared in a local dam.

The equivalent of half a month’s rain fell in the space of 24 hours in some regions as rain lines were forced to a standstill and vital roads blocked.