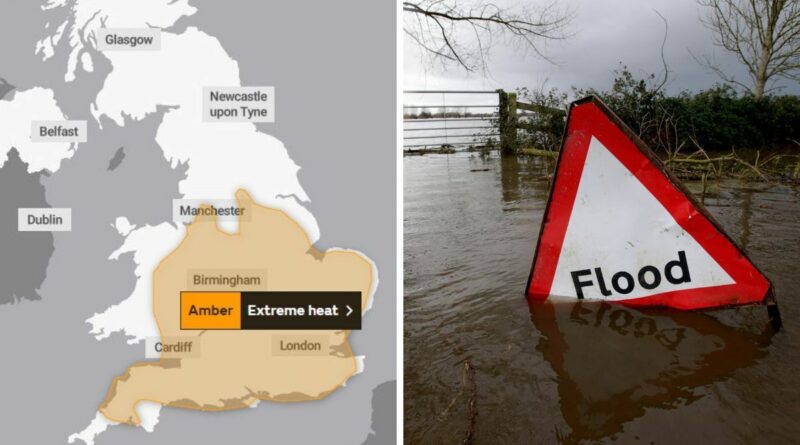 Brits are currently experiencing the second heatwave of the summer, with temperatures expected to reach 36C in some areas. As a result, parts of south-west England, parts of southern and central England, and the east of England have been moved to drought status, according to the Government.

The four-day heatwave has already seen a number of water shortages, partly impacted by the July heatwave, and wildfires.

Hosepipe bans have been implemented as a result of water shortages in some areas across the country.

But according to scientists, rain may not be the answer we are looking for. 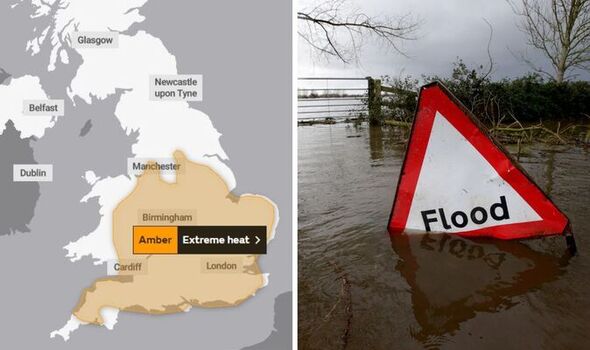 He told how the drier the grass surface, the less water is absorbed which could mean the likelihood of flash floods increase if a downpour follows the heatwave.

Dr Thompson told the Independent: “Britain desperately needs rain to break this drought. But we should be careful what we wish for.

“Experience around the world has shown what can happen when heavy rain follows a very dry and hot period that has baked the soil hard.

“The water can’t soak in easily, most of it just runs straight off the surface, which can quickly turn into flash floods. 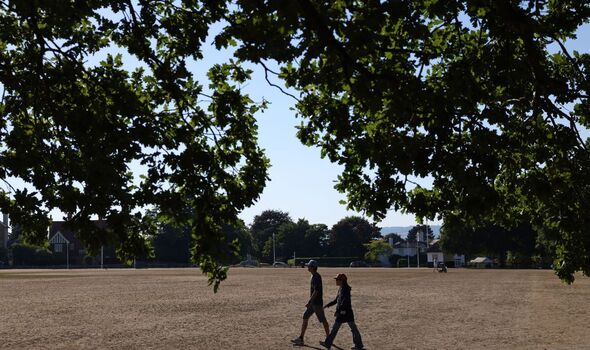 “If you’re praying for rain, you should pray for two days of drizzle, as dreadful as that sounds.”

The Met Office retweeted his video, writing: “Dry ground takes more time to soak up water following a #heatwave than if it were during a normal summer. This experiment shows how heavy rainfall following an extended period of extreme heat could lead to flooding.”

The National Drought Group, which is made up of Government and agency officials, is meeting today to discuss the prolonged dry weather.

A drought could be declared following the driest July on record since 1976, with temperatures of 40.7C being recorded in some parts of the country. 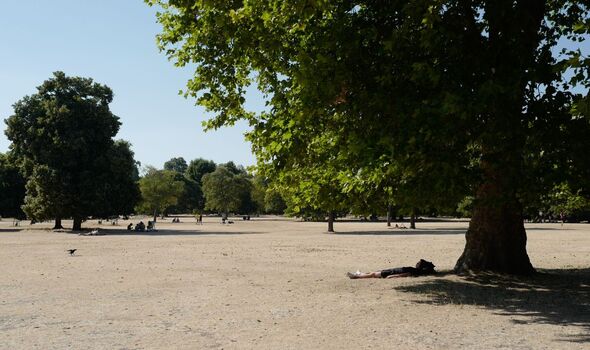 Rain is forecasted to hit the UK next week, with storms expected for some areas on Monday.

There are currently health warnings in place as Brits prepare for a weekend of warm temperatures.