Nationalists protest deal but President Zelenskiy says polls will be held only when all borders with Russia are retaken. 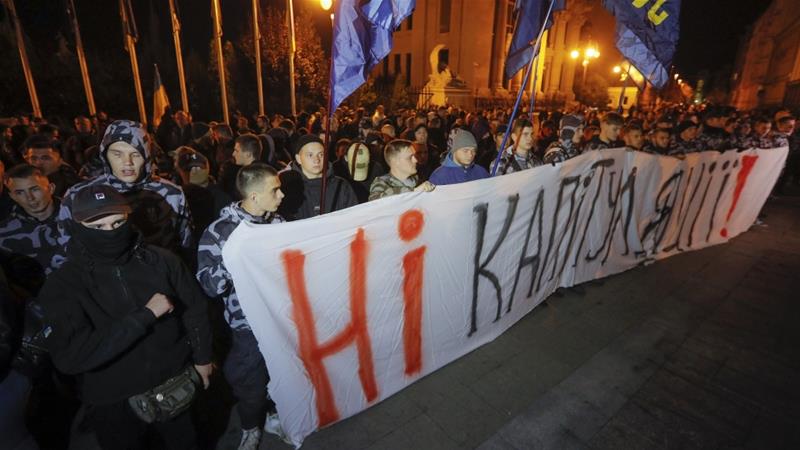 Ukraine on Tuesday signed much-anticipated accords with separatists from the country’s east, Russia and European monitors that agree local elections can be held in separatist-controlled territory, paving the way for peace talks with Moscow.

The signing at a meeting in the Belarusian capital of Minsk was largely seen as the new Ukrainian government taking a major step towards resolving the prolonged armed conflict in eastern Ukraine that has killed more than 13,000 people and displaced more than one million since 2014.

Ukrainian nationalists protested against the move, with hundreds gathering on Kiev’s Maidan, the square that symbolises Ukraine’s resistance to Russian influence.

Ukrainian President Volodymyr Zelenskiy said at a briefing in Kiev that the country agreed to a snap local election in the east, which has been controlled by Russia-backed separatists since April 2014.

He sought to dispel fears about excessive concessions to the separatists, saying the election would be held only when Ukraine regains control of all its borders with Russia.

“There won’t be any elections under the barrel of a gun,” Zelenskiy said in response to criticism that his administration bowed to Russia’s demands.

“There won’t be any elections there if the troops are still there.”

Separatist leaders and the Ukrainian government also pledged to pull back troops from two locations in the Donetsk and the Luhansk regions early next week.

Zelenskiy insisted the local election would be held according to Ukrainian law, meaning all candidates and political parties should be allowed to run. 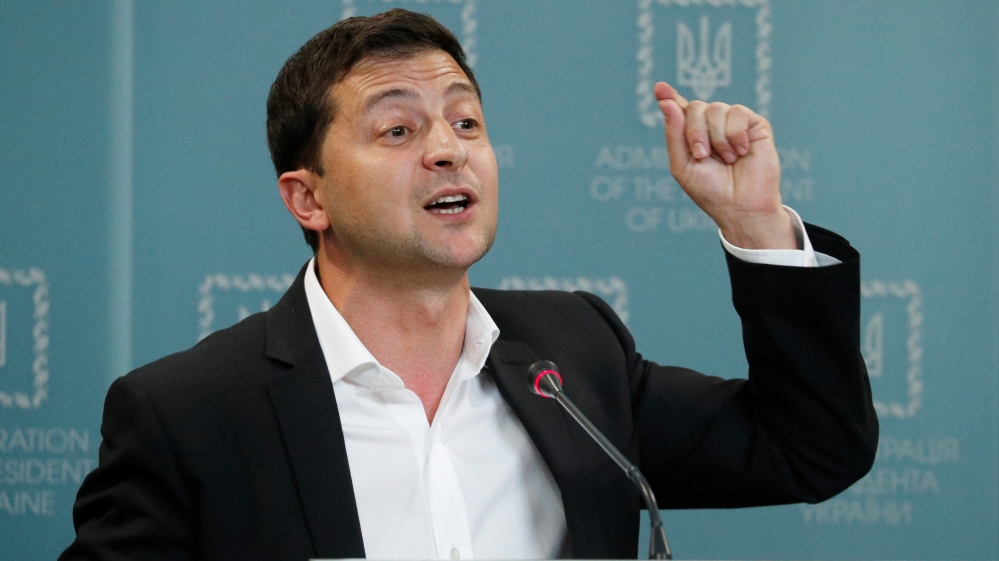 Separatist leaders have rejected that idea in the past, saying they would not allow Ukrainian parties that included nationalist politicians to contest.

Both the separatists and Ukraine agreed the election will be considered valid as long as monitors from the Organization for Security and Co-operation in Europe determine they are free and fair, Zelenskiy said.

The Kremlin has denied providing military or financial support to the separatists, despite overwhelming evidence.

Russian troops were spotted in eastern Ukraine during crucial offensives, and the rebels themselves make no secret of the weapons and training they’ve received from the Russian military.

Moscow has tried to play down its involvement in eastern Ukraine in recent years, pulling back its troops and mostly relying on proxy forces.

The separatists, in the meantime, have re-branded their fighters as police or other law enforcement officers.

The election agreement was seen as the final hurdle before a summit between Zelenskiy, Russian President Vladimir Putin and the leaders of France and Germany, who have helped mediate the peace talks.

French President Emmanuel Macron said earlier on Tuesday that he expects the summit in the coming weeks.

Russia previously declined to sit down with Ukraine unless it signed an agreement on holding a local election.

Former Ukrainian officials and lawmakers who were voted out of office earlier this year following a landslide victory by Zelenskiy and his allies expressed concern on Tuesday that Kiev was giving up its sovereignty over the east by signing the accords.

Canada's Trudeau, backed by rivals for now, has little chance to cash in on popularity boost