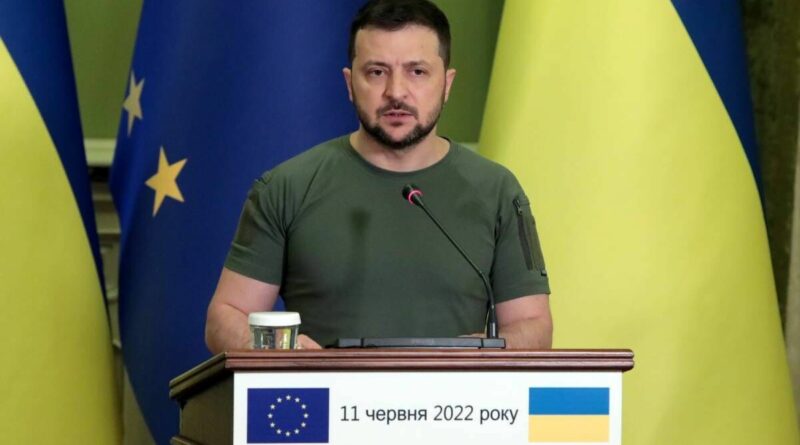 Vowing victory the emotional Ukrainian President said: “The human cost of this battle is very high for us. It is simply terrifying.

“In the Donbas – and it will surely go down in military history as one of the most brutal battles in Europe and for Europe – the Ukrainian army and our ­intelligence tactically still beat the Russian military.”

And he insisted his nation was winning despite the Kremlin’s killers having more and better equipment – especially artillery.

But Mr Zelensky admitted his army was losing between 60 and 100 soldiers a day. He added: “We are dealing with absolute evil.

“And we have no choice but to move ­forward and free our territory.”

In Severodonetsk – where 90 per cent of homes have been destroyed by Russian shelling – street battles raged on yesterday, with heavy losses to both sides.

All three bridges have been wrecked making the evacuation of civilians and delivery of supplies impossible, regional governor Serhiy Haidai said.

He said 70 per cent of the eastern city was in Russian hands.

Pro-Putin separatists yesterday warned Ukrainian troops to “surrender or die” as “there is no other option”.

Moscow has said it will establish a humanitarian corridor today to evacuate civilians trapped in the Azot chemical plant in the ­encircled city.

The UK’s Ministry of Defence claimed yesterday that Moscow officials have admitted they will have to boost defence spending by 20 per cent to sustain their vicious onslaught.