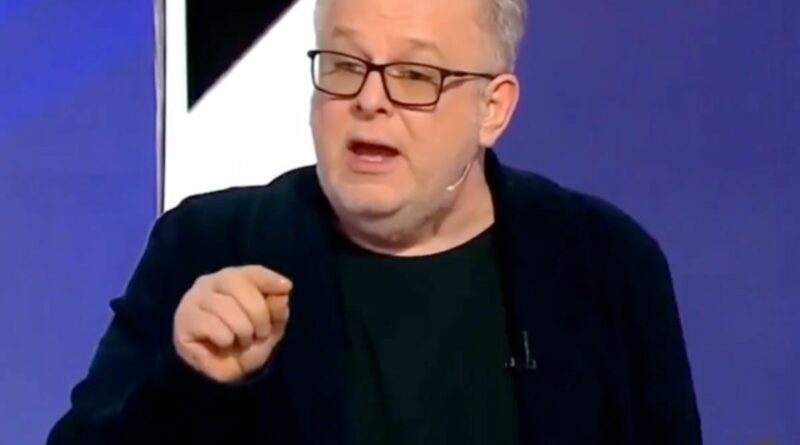 Volodymyr Zelensky has been branded a “small demon” in a bizarre Russian TV debate over the Ukrainian president’s resistance to Vladimir Putin’s geopolitical ambitions in the region. One pundit called on the Russian Orthodox Church to officially name the Ukrainian leader to be the “Antichrist” during the heated discussions.

He told Russia1: “We need to be very specific as to what we emphasize and not be shy about it.

‘I believe that the Orthodox church should proclaim that Zelensky is officially the coming of the Antichrist.

“He is the official Antichrist.

“From a standpoint of Orthodoxy, this man is the classic Antichrist.”

Read more: Putin may not survive this winter as police protection budget strained

Alexander Kamkin replied: “You flatter Zelensky by calling him an Antichrist.

“He is just a small demon, but no more than that.”

Ukraine stands ready to trigger Russian “military collapse” in the New Year if NATO commits to provide extra weapons and ammunition, according to the UK’s former defence chief.

Lord Dannatt told Sky News: ” We have to think through very carefully how much more military equipment we’re going to give to Ukraine.

Russia: Troops appear to revolt from base in Kazan

“Because we know that the Russians have mobilised some 300,000 additional soldiers and they will b be giving them some training probably in preparation for an offensive in the spring.

“But here’s the big question is the West and the United States, in particular, going to go on supplying sophisticated weapons and equipment and ammunition to Ukraine so that they can mount a major offensive in the spring?

“There is a view which I have some sympathy with, that if the Ukrainians are able to mount a really bold counter-offensive in the spring, it may be sufficiently effective that it could destroy the Russian army’s morale and bring about a collapse in the Russian military. “

He continued: “That might be wishful thinking, but it’s a big issue for the West.

“Do they go on supplying Ukraine with all the weaponry, equipment, and ammunition that they need?

“To be able to mount a big counter-offensive in the spring? I certainly hope so.”

The UK Ministry of Defence has already warned of critically low morale across Moscow’s military forces. Within Russia itself, the population has faced dire economic pressure after a flood of Western sanctions were imposed in response to President Putin’s invasion.

Independent analysis from the World Bank, the International Monetary Fund and the Organisation for Economic Cooperation and Development has indicated Russia’s GDP is expected to drop by at least 3.4 percent by the end of 2022