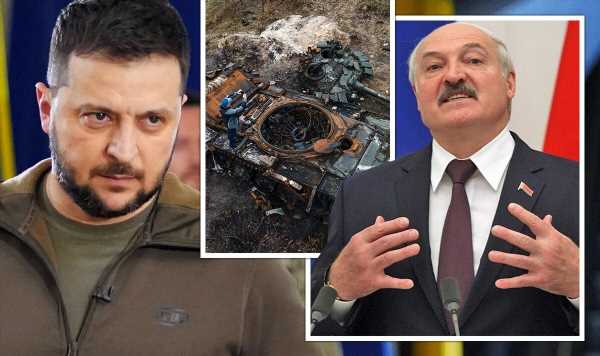 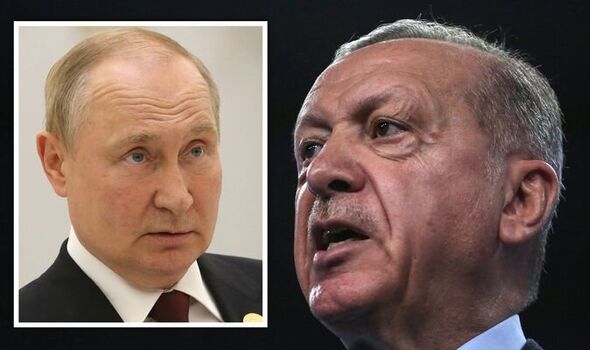 Officials in Lviv, a major city in western Ukraine, called an operational meeting with military and civilian authorities to begin preparing for an attack from Belarus as Russia continues its blitz in the east. Volodymyr Zelensky’s government has said Belarus has already begun attacks against his country last week. Speaking last week, the Ukrainian Minister of Defence said: “This is the first case of an air strike across Ukraine directly from the territory of Belarus. Today’s shelling is directly related to the efforts of the Kremlin authorities to drag Belarus into the war in Ukraine as a direct participant.” Belarusian forces are currently holding military drills which will continue into July. The grim warning comes after Russia announced it had taken full occupation of Severodonetsk in the eastern Luhansk region and has now escalated fighting in nearby Lysychansk, which is a few miles away and south of the Siverskyi Donets River.

‘We remain together with Russia’ Lukashenko reiterates allegiance to Putin

Belarus President Alexander Lukashenko has said his country stands fully behind Russia in its military drive in Ukraine and the two countries will “remain together”.

Addressing a ceremony marking the liberation of Minsk by Soviet troops yesterday, Mr Lukashenko said he had thrown his weight behind Vladimir Putin’s campaign against Ukraine “from the very first day”.

He said: “Today, we are being criticised for being the only country in the world to support Russia in its fight against Nazism.

“We support and will continue to support Russia.

“And those who criticise us, do they not know that we have such a close union with the Russian Federation?

“That we have practically a unified army. But you knew all this. We will remain together with fraternal Russia.”

Good morning from London. I’m Tara Fair, I’ll be bringing you all the latest developments on the conflict in Ukraine. Please feel free to get in touch with me as I work if you have a story or tips to share! Your thoughts are always welcome.