KYIV, Ukraine (AP) — Ukrainian President Volodymyr Zelensky sounded another defiant note on his return to his nation’s capital Friday following his wartime visit to the United States, saying his forces are “working toward victory” even as Russia warned that there would be no end to the war until it achieved its military aims.

Zelensky posted on his Telegram account that he’s in his Kyiv office following his U.S. trip that secured a new $1.8 billion military aid package, and pledged that “we’ll overcome everything.“ The Ukrainian president also thanked the Netherlands for pledging up to 2.5 billion euros ($2.65 billion) for 2023, to help pay for military equipment and rebuild critical infrastructure.

Zelenksy’s return comes amid relentless Russian artillery, rocket and mortar fire as well as airstrikes on the eastern and southern fronts and elsewhere in Ukraine.

Kremlin spokesman Dmitry Peskov said the war would end at the negotiating table once the “special military operation“ achieves “the goals that the Russian Federation has set,” adding that “a significant headway has been made on demilitarization of Ukraine.”

The Kremlin spokesman said no reported Ukrainian peace plan can succeed without taking into account “the realities of today that can’t be ignored” — a reference to Moscow’s demand that Ukraine recognize Russia’s sovereignty over the Crimean Peninsula, which was annexed in 2014, as well as other territorial gains.

At least five civilians were killed and 18 others were wounded in Russian attacks on eight regions in Ukraine's south and east in the past 24 hours, according to the deputy head of Ukraine’s presidential office. 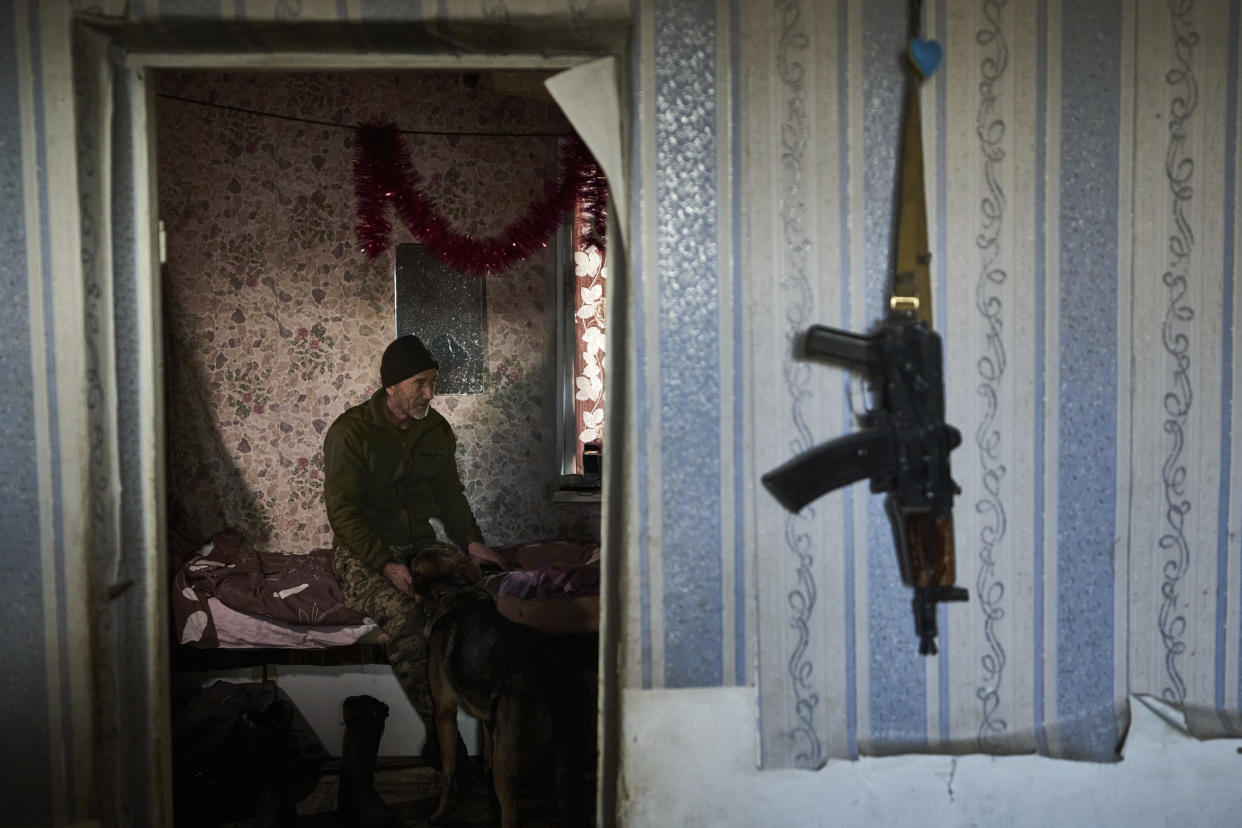 In a regular Telegram update, Kyrylo Tymoshenko said Russian missiles destroyed a boarding school in the the eastern city of Kramatorsk, home of the Ukrainian army's local headquarters.

The General Staff of the Ukrainian Armed Forces said Bakhmut and Lyman in the neighboring Luhansk region as well as the front line between the Luhansk and Kharkiv regions bore the brunt of the Russian strikes, but didn't specify to what degree.

As many as 61 Russian rocket, artillery and mortar fire attacks were launched in the Kherson region over the past 24 hours. Kherson regional Gov. Yaroslav Yanushevych posted on Telegram that Russian forces attacked from dug-in positions on the right bank of the Dnieper river, hitting educational institutions, apartment blocks and private homes.

In the eastern Kharkiv and Dnipropetrovsk regions, Ukraine's military said Russia launched six missile strikes and as many air attacks on civilian targets while Ukrainian forces repelled Russian ground attacks on or near 19 settlements in the north and east.

Russian shelling overnight also struck a district hospital in the northeastern city of Volchansk, Kharkiv region, wounding five people, according to local Gov. Oleh Syniehubov. Syniehubov posted on Telegram that the four men and one woman were all in “moderate condition." 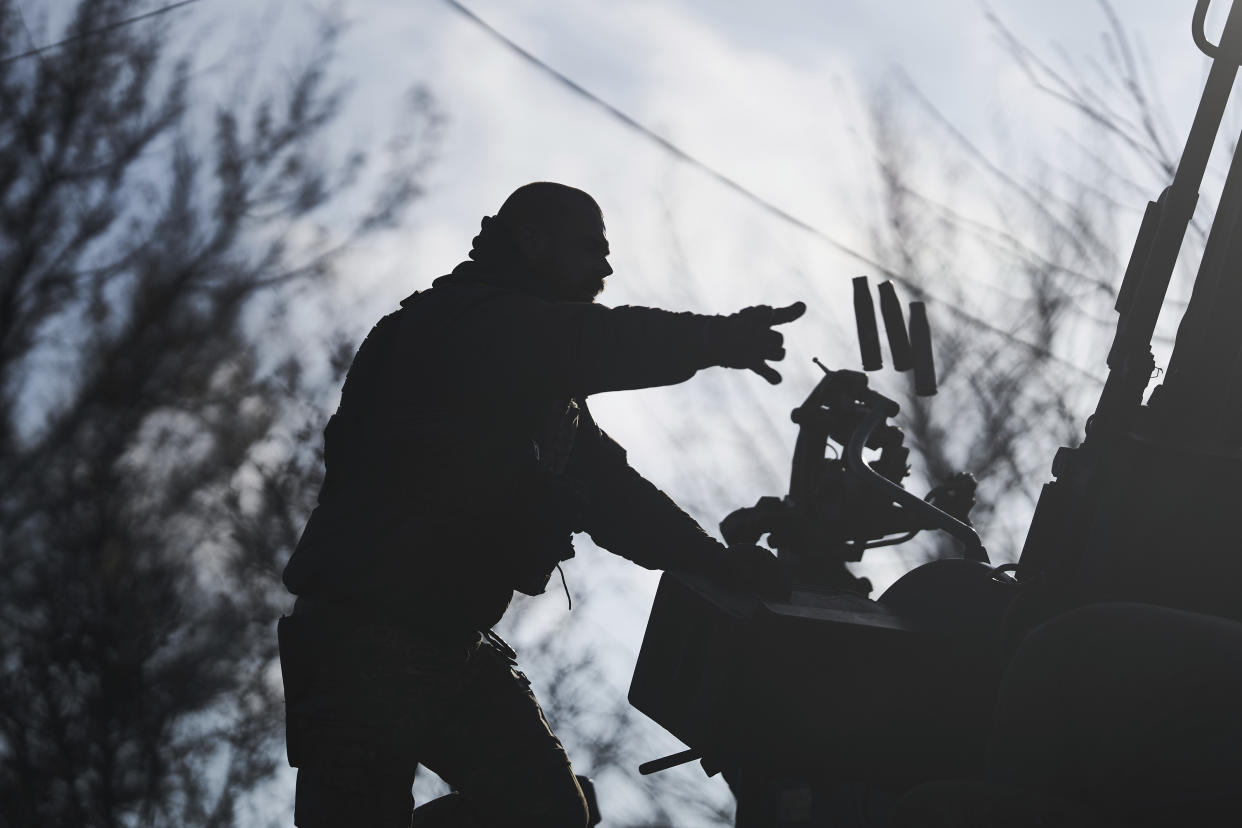 Meanwhile, the Ukrainian military said several blasts tore through factory buildings housing Russian troops in the occupied city of Tokmak in the southern Zaporizhzhia region late on Thursday, sparking a fire. The Center for Strategic Communications of the Armed Forces of Ukraine didn't immediately report on casualties or who was behind the blasts.

Earlier Friday, the Ukrainian mayor of the southern city of Melitopol said that a car used by Russian occupation forces exploded, although it's unclear if anyone was hurt.

The reports came a day after a car bomb killed the Russia-appointed head of the village of Lyubymivka in the neighboring Kherson region, according to Russian and Ukrainian news reports. Ukrainian guerrillas have for months operated behind Russian lines in Ukraine’s occupied south and east, targeting Kremlin-installed officials, institutions and key infrastructure, such as roads and bridges.

Kremlin spokesman Peskov said Russian President Vladimir Putin would on Friday visit a weapons factory in Tula, about 150 kilometers (90 miles) south of Moscow, and chair a meeting on the country’s arms industry there.