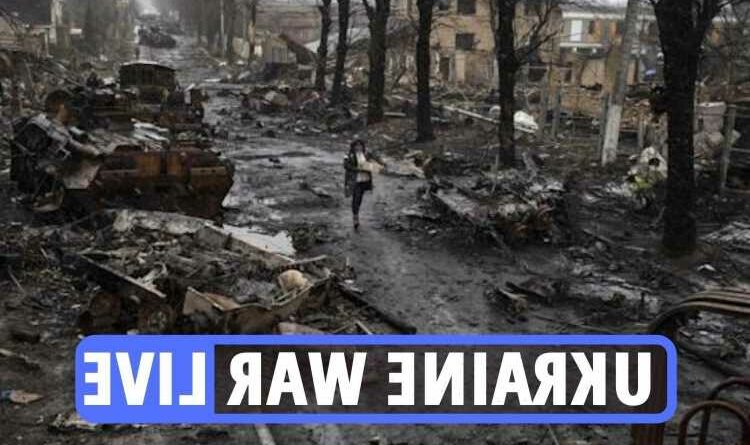 Ukrainian officials say the atrocities seen in Bucha are "just the tip of the iceberg" – and pleaded for tougher sanctions against Russia.

Speaking during a news conference in Warsaw with UK foreign Secretary Liz Truss yesterday, foreign minister Dmytro Kuleba said: "Ukraine won the battle for Kyiv, but the war goes on. We are preparing for the new large-scale offensive by Russia in eastern Ukraine.

"What you've seen, the horrors that we've seen in Bucha, are just a tip of the iceberg of all the crimes that have been committed by the Russian army in Ukraine so far.

"And I can tell you that without exaggeration and with great sorrow that the situation in Mariupol is much worse compared to what we've seen in Bucha and other cities, and towns and villages nearby Kyiv.

"The horrors of Bucha, Mariupol and other places demand serious G7 and EU sanctions. I appreciate everything that has been done so far, but Liz (Truss) is right. The West continues to fuel the Russian war machine with payments for fossil fuels, with trade that is still taking place between Russia and Western countries."

Meanwhile, Ukraine leader Volodymyr Zelensky visited Bucha on Monday, where he told reporters "these are war crimes and will be recognised by the world as genocide".

It comes as satellite images of the small Ukrainian town of Bucha show a trench about 45ft long dug into the grounds of a church where a mass grave has been identified, according to private US space technology company Maxar.

The Kremlin denied claims by Ukraine that hundreds of civilians were killed by Russian soldiers in Bucha.

It said the numerous photographs and videos published by Ukraine alleging "war crimes" were a “provocation”.