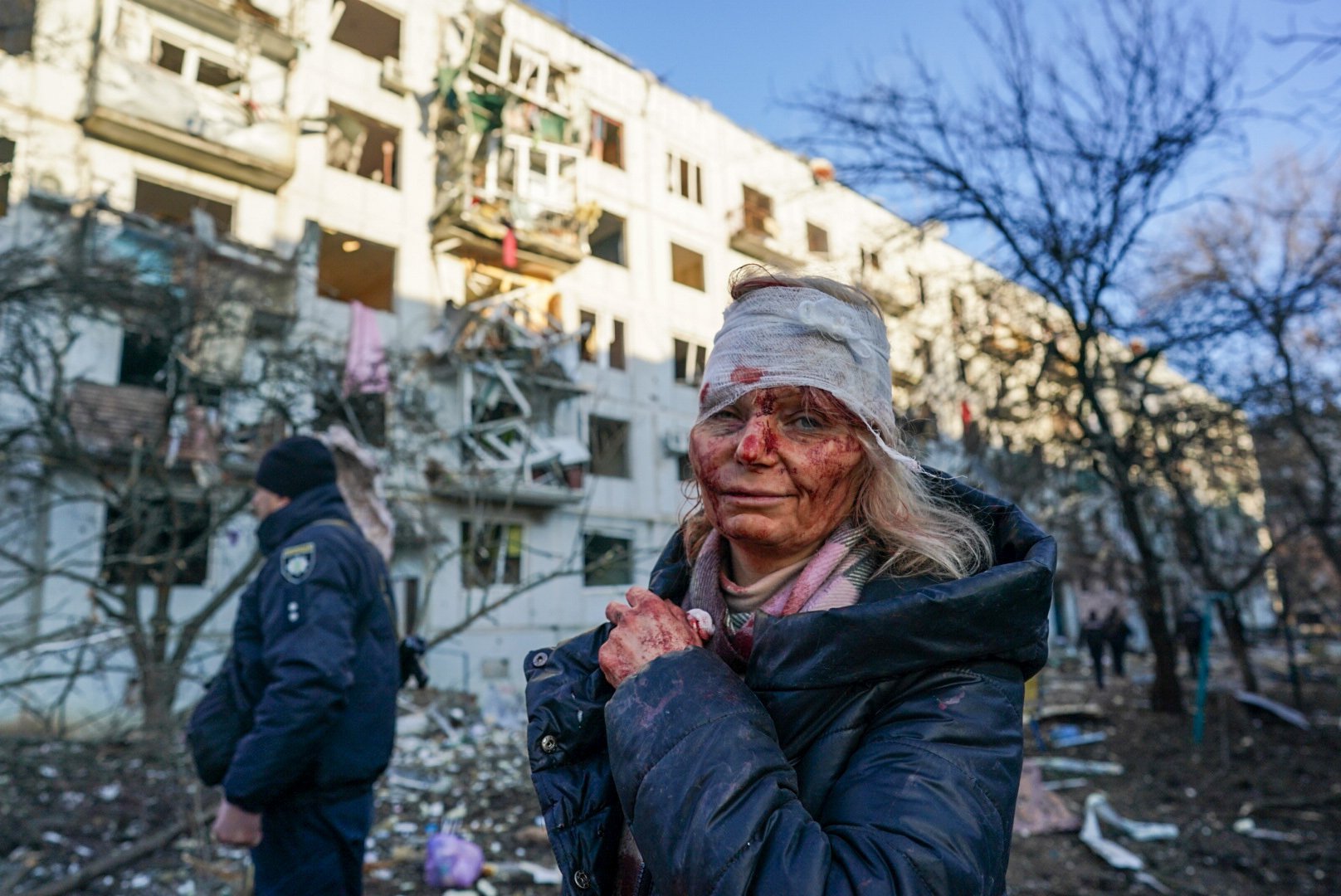 Ukrainian forces have retaken control of the eastern city of Chuhuiv, defence officials have announced.

The General Staff said the city was ‘liberated’ from Putin’s troops and two high-ranking Russian commanders were killed in the battle.

‘The occupiers suffered heavy losses in personnel and equipment,’ the Ukrainian army posted.

The north-eastern city was the site of an airstrike which severely wounded a 52-year-old woman and many other civilians.

A picture of her bloodied face wrapped in bandages amid the carnage has become one of the defining images of the war so far.

This latest development close to the border comes after Russian troops reportedly fired rockets at nearby research facility in Kharkiv, which contains nuclear material and a reactor.

Ukrainian forces said Moscow was risking a ‘large-scale ecological disaster’ after the alleged assault on the Institute of Physics and Technology.

They claimed Moscow’s troops were firing from Grad rocket launchers, which do not have precise targeting, raising concern that one would go astray.

Footage showed blasts hitting a building – allegedly at the facility – but there were no immediate reports of damage.

Russian troops have already taken control of Europe’s largest nuclear power station, the Zaporizhzhia plant in eastern Ukraine, as well as Chernobyl, the site of the world’s worst nuclear disaster.

The Kharkiv institute is home to the Neutron Source research facility, which is said to have 37 nuclear fuel cells.

Its reactor is not as big as those used in nuclear power plants, but it could still trigger a disaster if damaged.