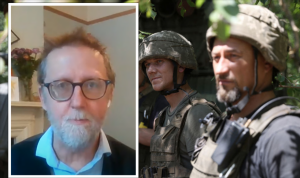 Ukraine hoping to shift war balance bolstered by the west

Professor Scott Lucas discussed Vladimir Putin’s major fails, as the Russian leader expected to occupy Ukraine within the first few days of the onslaught, but still hasn’t managed to do so. The academic speculated as to whether Ukrainian forces would be able to retake the Donbas which is currently occupied by Russian forces. Mr Lucas explained that it may be possible for Ukrainians to do so with the help of Western military aid.

Prof Lucas told Times Radio: “Through a front company in Sudan and it’s Prigozhin who has escalated it.

“In other words, he’s one of the key people that’s keeping the Ukraine invasion going because he keeps the money flowing and he keeps the private mercenaries flowing, even when the Russian military is taking very heavy losses.”

The Times Radio host added: “Has Putin got what he wants yet? Is he getting close?”

Mr Lucas explained: “No, in fact, the initial story is that Putin was defeated because he wanted to topple the Ukrainian government in the opening days let alone weeks of the war. 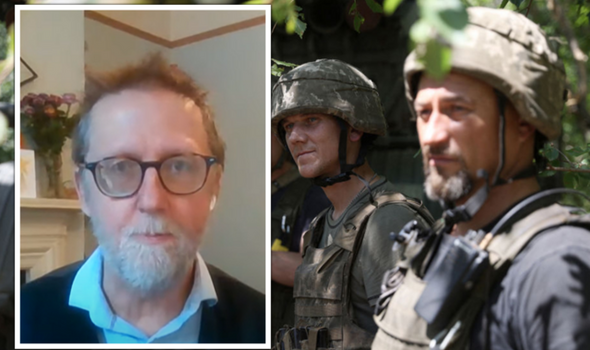 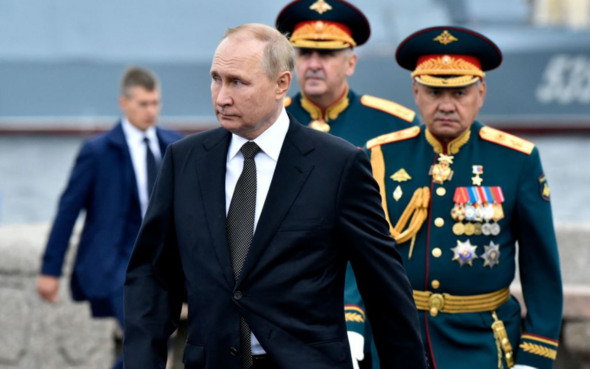 “In occupied Northern Ukraine by the end of March he had failed to do that, and his forces had to withdraw so where are we now?

“We have two competing stories, one is the Russians are trying to seize territory in the East, they’re throwing more forces in there to take what we call the Donbas.

“But even as they do that they face a Ukraine counteroffensive that is looking to retake occupied territory in the South.

“Here’s the key window to watch: in the next few months before we get to winter can the Ukraine military bolstered by Western military aid, including from Ukraine, retake those occupied areas and shift the balance of the war?”

The Times Radio host added: “How do you sense this conflict plays out the next, say six months?”

Mr Lucas said: “I think that Ukraine bolstered by the West is turning the military war, I think they will take more of the South.

“Putin’s gamble here is to break the will of countries like the UK and European nations to support Ukraine by squeezing us over energy.”

Western Governments have been sending Ukraine money and weapons since the beginning of the invasion in February. 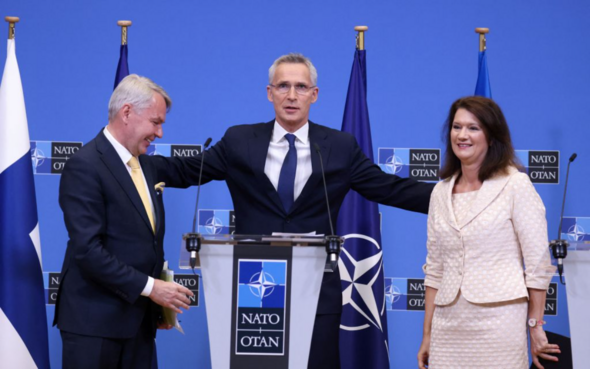 The top-of-the-range weapons gifted to Ukraine have included modern drones and missile launchers.

Ukrainian MPs have been calling for the West to support them more, as experts have been claiming Putin may try and create a European war if he succeeds in Ukraine.

Ukrainian President Volodymyr Zelensky praised the West for the weapons they have given to Ukraine.

Mr Zelensky said: “Finally it is felt that the western artillery…started working very powerfully. Its accuracy is exactly as needed.

“Our defenders inflict very noticeable strikes on depots and other spots that are important for the logistics of the occupiers.

“This significantly reduces the offensive potential of the Russian army. The losses of the occupiers will only increase.”