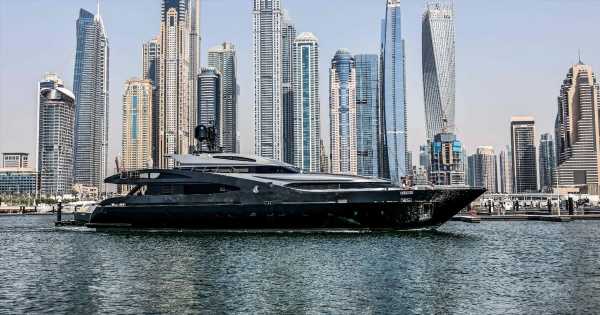 Ukraine's youngest billionaire has fled the country and set off for Dubai after new anti-oligarch laws were introduced by President Volodymyr Zelenskyy.

The new laws take the Ukrainian President a step closer to dealing a heavy blow to oligarch figures within the country, and the Ukraine's youngest billionaire has fled the country.

Kostyatin Zhevago, a Ukrainian mining billionaire, has fled the country in his yacht.

The vessel, unfortunately named "Z," a symbol that has become Russia's symbol of war amid their invasion of Ukraine, was docked at the Bulgari yacht club when President Zelenskyy introduced new laws against oligarch figures in the country.

The Kremlin leader spoke of "self-cleansing" Russian society in his latest speech, The Telegraph reported.

But laws introduced in Ukraine are also targeting the oligarch figures, with Zhevago fleeing the country for Dubai after vague anti-oligarch laws were introduced by the Ukrainian President's office.

Zhevago was previously an incumbent in Ukrainian politics, sitting for 21 years as an independent, losing his seat in the 2019 elections.

He has since fled the country aboard his boat, Z, a 65 metre vessel with a top speed of 18 knots.

Andrew Winch designed the interior of the superyacht, with fanciful modern fittings, a large lounge area, plenty of gorgeous bedrooms and a massive living room with wall to floor glass windows.