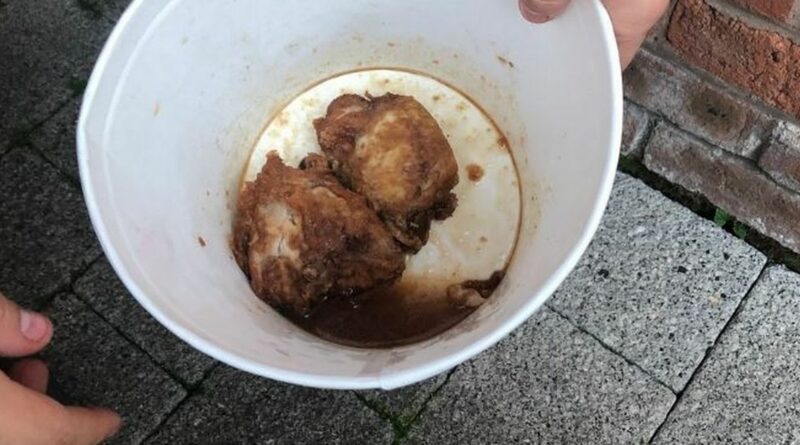 The quaint, sleepy Chesire town of Northwich nestled on the meeting point of the rivers Dane and Weaver has an unlikely claim to fame – the home of the ‘world’s worst KFC’.

Over the years, TripAdvisor users have flocked to the site to let the world know their feelings about the infamous chicken spot – spoiler alert, they aren’t particularly positive.

KFC is loved by millions, The Colonel’s iconic chicken recipe a landmark in the world of fast food.

READ MORE: Dad who murdered teen who refused to sleep with him at boozy Christmas party jailed

But with over 23,000 restaurants across 135 countries, it is fair to assume that not every restaurant delivers exactly the same, high-quality experience. This appears to be the case for KFC Northwich, in Cheshire, which has received a drawn-out roasting from the online review community over the last nine years.

" You can clearly see on the photo this is a human hair.” Two months before, in March, 540sashao said: “The chicken was so dry had no flavour me and my friends would not even feed it to our dogs. Do not come here !”

Both diners gave the restaurant one star, contributing to its current overall rating of 1.5 stars.

"The employees prioritise the delivery apps before paying customers in store.

"Waited 25 minutes this afternoon at around 3 o’clock for 2 meals.

“I fully understand the extra business the delivery apps bring into these companies but the staff and mangers should be able to do both.

“Will never try to eat there again”. Others made their feelings clear with the titles of their reviews. Some of the less subtle reviews included: “What a disgrace!!!”, “TOTAL WASTE OF TIME AND MONEY”, “Abysmal”, “Terrible – don’t bother” and “S H * T H * L E”.

All five of these titles were written in a row chronologically and were left in 2022. All gave one star.

Some people have claimed to love it over the years. In April 2019, james2805473 left a five star review. He said: “Workers were phenomenal! Jacob was incredible at his job that day and was such a big help. He was kind and helpful during our service. Also the chicken was peng.”

In 2021 charlottelJ409EW from Winsford gave it five stars and said “excellent customer service”, although her review was flanked on either side by a number of one-stars.

In January this year,ChesireLivesent reporter Jonathan Blackburn to get a feel for the place first-hand.

As ever with the great debates, the answer was never black and white, but rather a shade of grey. Blackburn said: "I turn to my sorry looking vegan burger and choose the plant-based, lettuce-less substitute as my first victim. And it's not all that bad really.

"Yes, some greenery would be nice, but this is certainly worth more than a one-star review, even if the price made me squirm and the lack of chips was befuddling.

"Any optimism that the plucky wee Quorn burger fostered was extinguished by the pint of grease that was to follow, as I turned to the chicken.

"Though I will never return, I was surprised to find a clean, pleasant establishment, a thoroughly okay place.

The Daily Star has approached KFC for comment on the Northwich store.