Australia’s near-neighbour Papua New Guinea is one of the most dangerous places in the world to be a mother and there are signs the country’s health crisis is getting worse, a report has found.

Women in PNG are 35 times more likely to die during pregnancy than women in Australia, according to an evaluation of maternal health by the aid agency ChildFund Australia. 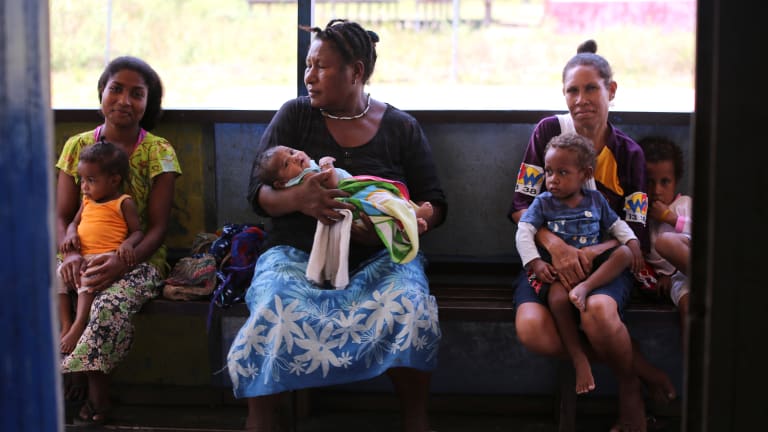 Women wait to have their children vaccinated at the Waima sub-health centre in Papua New Guinea.

Despite laws and programs to encourage supervised births, only 40 per cent of women in PNG gave birth at a health facility with a specialised birth attendant in 2016 down from 44 per cent in 2012. In some regions the share was just 21 per cent.

And when women do manage to reach a rural clinic for the birth of a child they often find these facilities unstaffed or without electricity, running water, or essential medication and equipment.

The report also draws attention to the threat of gender-based violence in PNG – surveys have shown a high proportion of women there have been beaten during pregnancy.

“PNG is a dangerous place for pregnant women and their newborns, not only because of widespread poverty but because of the extremely high incidence of domestic violence,” it said.

Nigel Spence, the chief executive of ChildFund Australia, said it is disturbing that some indicators suggest the health challenges facing women in PNG are getting worse.

"It remains an unrecognised crisis that maternal health in PNG is at such a low point," he said.

"No woman should die giving birth. Yet in a country just 160 kilometres north of Australia, women are losing their lives every day during childbirth due to unsafe conditions and causes that are completely preventable."

Mr Spence said greater support needs to reach the local and village level, where most women in PNG give birth.

"The loss of life is at an appalling level," he said.

ChildFund's report, called National Health Crisis: Maternal Deaths in Papua New Guinea, says the lifetime risk of dying during childbirth is 1 in 120 in PNG compared to 1 in 8700 in Australia. Also, a newborn in PNG is 10 times more likely to die in the first month of life than an Australian newborn. 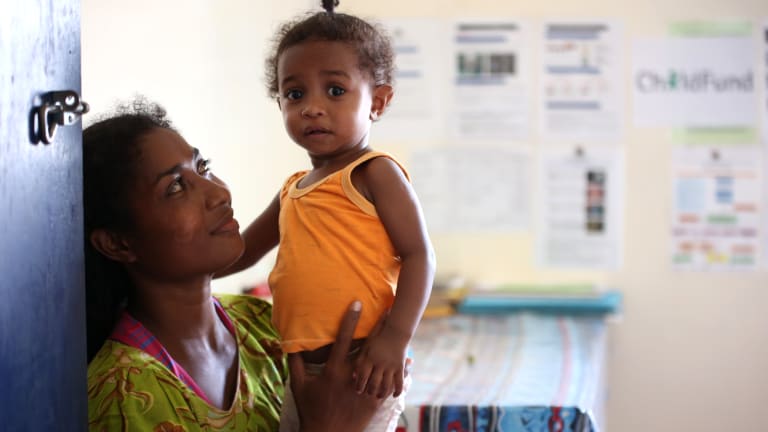 PNG is the largest recipient of Australian overseas aid and improving the health system has been a key aim of that support.

Even though this month’s federal budget revealed a $141 million cut to the overseas aid budget over the next four years, Australia’s contribution to PNG will increase from $541 million this financial year to $572 million in 2018-19.

Mr Spence said past aid spending by both governments and non-government organisations in PNG had "not always had the achieved the desired results".

But he said Australia has the means and the technology to do much more.

"This is our nearest neighbour and by any measure it’s an injustice that women not far from our shores are experiencing such risk when they are giving birth."