AS many as a quarter of patients in hospital with coronavirus could have caught the bug while there, it has been reported.

Government figures show there were an average of 1,230 new Covid patients needing NHS treatment every day in England during the week ending November 29. 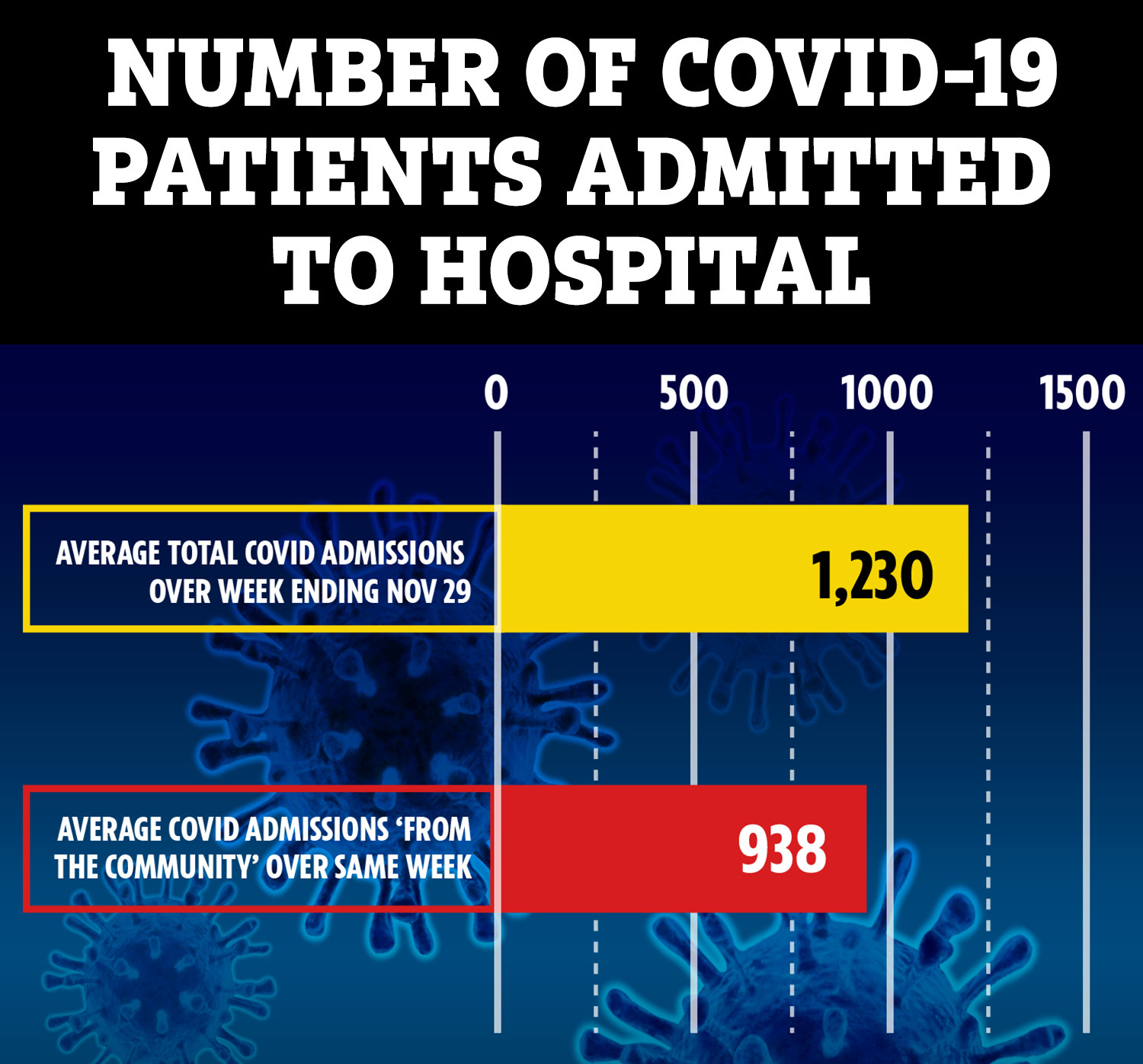 But only 938 of these (76 per cent) were admissions from "the community", meaning they definitely caught the virus in their day-to-day life, MailOnline reports.

The NHS does not provide a breakdown for how the others got infected, raising questions around how the remaining 292 patients (24 per cent) who were admitted each day on average, caught the bug.

An NHS spokesperson told the MailOnline: "As the ONS has repeatedly made clear, when infections in the community are high, NHS staff and patients are more likely to be affected.

"While hospitals are asked to rigorously follow regularly updated guidance on infection prevention and control, the best way to reduce infection rates in hospitals is to reduce them in the wider community."

Sources told the publication the patients could have tested positive after being admitted to hospital for another reason, such as breaking their leg.

One official claimed at least 9 per cent of admissions definitely catch it in hospital.

Meanwhile a whistle-blower previously claimed to the Telegraph that between 17.5 and 25 per cent of admissions caught the virus in hospital.

The NHS does not publicly publish the statistics on when admissions actually tested positive for the virus, meaning it is impossible to verify. 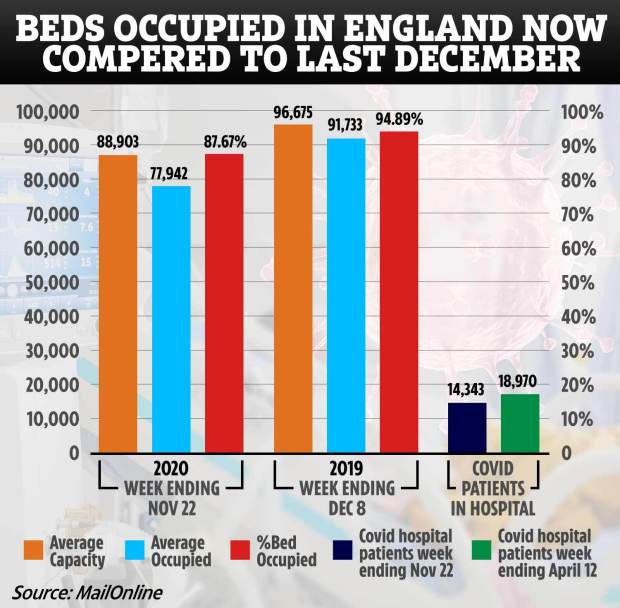 Officials don't release figures on how many patients caught the virus in hospitals either.

There is also no data to show whether the admitted patients were actually sick with coronavirus, or had no symptoms but needed hospital treatment for something else.

The figures back up claims about nosocomial infections – those caught in hospital – from Professor Carl Heneghan's Centre for Evidence-Based Medicine at the University of Oxford, which also suggest that up to a quarter of Covid patients catch it in hospital.

Earlier this week, data showed a third of hospitals had passed the peak of Covid patients they treated in the first wave.

But the Mail Online claimed just four NHS trusts are busier now than last December – despite the pandemic.

In comparison, it said occupancy last year stood at 94.9 per cent on average during a seven-day spell ending on December 8, 2019 – weeks before the first Covid patient was treated in the UK.

According to the latest data available on the government's coronavirus dashboard, 1,350 Covid patients were admitted to hospital on November 29.

As of December 2, there 1,315 patients across England were on ventilation.