It began with a heart attack in the Pentagon parking lot in pre-dawn darkness. Air Force Colonel Bruce Hollywood was on his way to work and found himself on the ground, thinking: "This is where it ends." 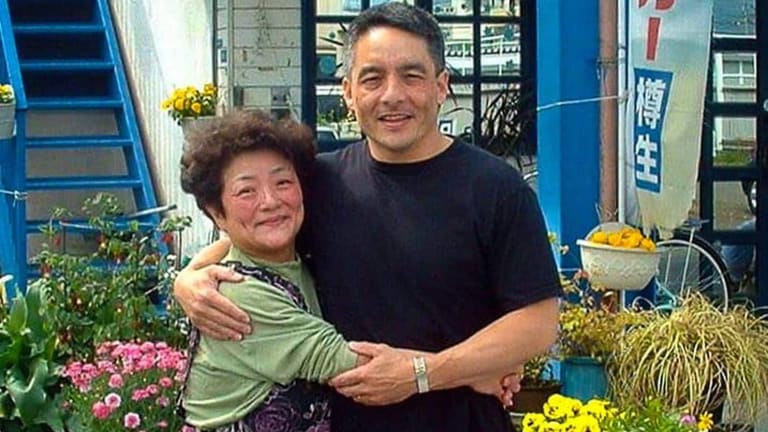 Later, as he lay in the ambulance racing to Walter Reed Army Hospital, two regrets popped into his head. One was that he wouldn't be able to help his son with his college applications. The other was that he never thanked the Japanese woman who gave birth to him, then gave him up for adoption in 1960.

Hollywood, 57, was adopted by an American couple who were stationed in Japan with the US military and who could offer him a good life in their country.

It took that heart attack in 2005 for Hollywood to set out to find his birth mother, something his adoptive mother, who had died, had repeatedly encouraged him to do. Before that, he said, he never felt something was missing. His adoption was not something he had reflected on much.

"I always knew I was adopted because I had Asian features and [my father] was an Irishman and [my mother] was a Norwegian lady," Hollywood said.

"And they always told me, 'We picked you out special. So you're even more special than everyone else.' "

His parents had told him his birth mother's family name and even offered to pay for a flight to Japan for him. He had always declined.

But once he recovered from his heart attack, Hollywood began his search. His plan was to send his mother a secret letter, in case she had not told anyone she had a son.

He wanted her to know how wonderful his life turned out and to show her gratitude. He planned to write: "I lived the best life ever. I'm a colonel in the United States Air Force. I've got beautiful children. Life is really good."

He gave the Japanese embassy what information he had, but it wasn't enough to find her. The US  embassy in Tokyo told him the same thing. A private detective didn't work out either, so he gave up.

"And I thought, 'You know what, I've tried. I've made all the effort that I can make. It's just unfortunate,' " Hollywood said. 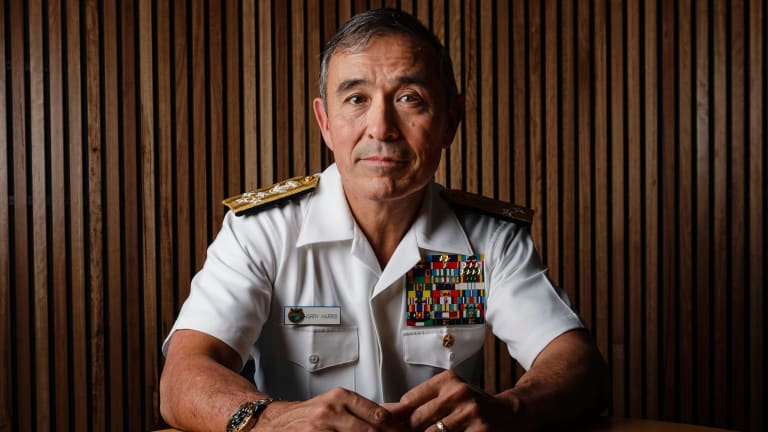 A few months later, he was at Dulles International Airport in Virginia on his way to a military conference in Germany. Early for his flight, he sat down at a wine bar. Across from him was another military man who was going to the same conference. It was a turning point in Hollywood's story.

The man was Admiral Harry Harris, whose mother was Japanese. (Today, he is commander of US forces in the Pacific and has been nominated to be ambassador to South Korea.) They started sharing stories.

"I told him the story about having the heart attack and wishing I could find my mother. And he said, 'Bruce, I can help you.' And I said, 'You know what, you're an admiral and all, but you can't. I've been to the embassy. I've tried this, and you just can't help any.' "

He said: "You know, Bruce, seriously, I can help."

Hollywood eventually gave him the information he had. His hopes weren't high.

Ten days later, Hollywood was sitting at his desk in the Pentagon, and the phone rang. It was the Japanese embassy.

His caller said, "There's not going to be a letter. She's going to call you at this phone number in 10 minutes, and she doesn't speak English. Good luck!"

After urgent emails, Hollywood found someone who could interpret on a conference call.

Moments later, the phone rang. It was his mother. She was crying.

In shock, Hollywood started talking quickly, telling her how happy he was, and how very grateful he was for her. Then he heard her say, "I'm sorry. I don't speak English."

For the next few minutes, Hollywood listened to the interpreter and his mother. All he could make out was talking and sobbing.

"And she said, 'Well, tomorrow is your mother's 65th birthday, and the birthday present that she dreamed of her whole life is that you would come back to her,' " Hollywood said.

The interpreter said his mother never married, "because she said in her heart there was only room for one man. And it was you, and she knew you would be back."

And then the interpreter said something Hollywood could barely believe. His mother ran her own business – a restaurant and bar she named Bruce.

"And I thought, 'This is either the most incredible story I've ever heard or this woman is crazy, and these things aren't true,' " Hollywood said.

It turned out, that in a gesture from one mother to another, his adoptive mother went to Nobue before they moved back to the US and gave her a photograph of the baby. She said they had named him Bruce, and she promised to give him a good life.

That was how Nobue knew to name her restaurant Bruce.

His mother said she wanted to come visit.

Ten days later, he was in Shizuoka, Japan – a couple hours by train from Tokyo – where she lived. Every bit of what she said was true.

His mother told him the story he never knew about his birth and adoption. The US military man who was his birth father had started the paperwork required to marry Nobue but was shipped home to South Carolina before the paperwork was finished.

He had said he would call right away, but didn't. When he telephoned many months later, she refused to talk to him, believing he could not be trusted. He did not know she was pregnant.

Nobue's father, a fisherman, offered to support her and the baby, but she knew it would be difficult for a mixed-race child in Japan, so she gave him up for adoption to Edward and Eleanor Hollywood, who were stationed in Japan with the US Air Force.

As she spoke, she showed him the photo Eleanor Hollywood gave her, the one she cherished all those decades.

On that first visit, she didn't want to let him out of her sight. When he went for a run, he came back and found her frantic with worry. The next morning, he snuck downstairs at 5am to go running, only to find her waiting, dressed in a track suit. OK, he thought, I'll go for a walk. She said, no, you run. And she rode a bicycle behind him. That became their morning ritual during the visit.

Hollywood went often to Japan, and he brought her to Washington. She started taking English lessons. He studied Japanese. Three years after their reunion, in 2009, she died of a heart attack.

"I've got to tell you if I didn't live it, I almost wouldn't believe it," he said.

Tolbert is telling the stories of Japanese women who married US servicemen after World War II on Instagram @kathryn.tolbert and in an oral history archive, www.warbrideproject.com.