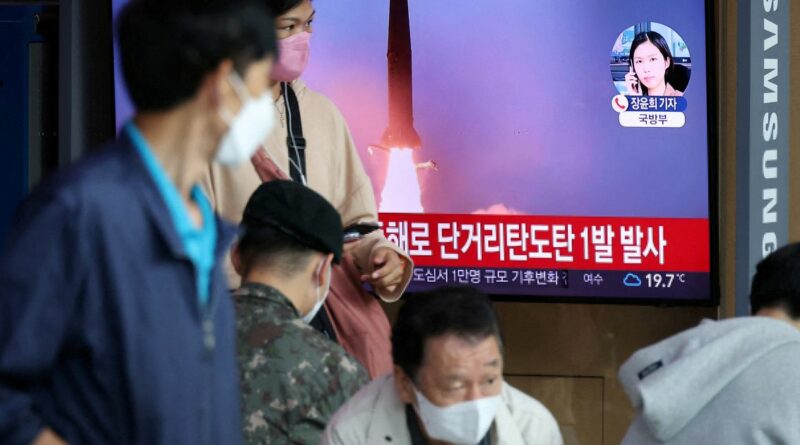 South Korean and US military officials have launched bombs in response to a North Korean ballistic missile launch.

Both military authorities began precision bombing drills in response to actions taken by North Korea, with the Joint Chiefs of Staff announcing the South Korea-U.S. attack squadron would begin tests.

The tests are said to be in response to North Korea's provocative decision to launch an intermediate-range ballistic missile.

Four F-16 fighters of the United States Air Force as well as four F-15Ks of the Korean Air Force have participated in the bombing run drills.

A statement released by the Joint Chiefs of Staff read: "Through this combined attack squadron flight and precision bombing training, they have demonstrated their will to respond decisively to any provocation from North Korea, the ability to precisely strike the origin of the provocation with the overwhelming power of the alliance, and a readiness to punish."

The statement added also that the ROK military would have a "firm readiness" in "tracking and monitoring related trends" should the "combined defence posture" retaliate against North Korean tests.

North Korea had recently launched a ballistic missile, with the armament flying over Japan and landing in the Pacific Ocean.

Japanese officials had urged citizens to remain indoors and head underground at the time of the missile launch, Daily Star reported.

An emergency tweet advised people to "evacuate inside a building or underground" after reports of a "missile believed to have been launched from North Korea."

The missile has since passed over Japan and landed in the Pacific Ocean, with South Korean and U.S. officials beginning their own tests in retaliation to the North Korean launch.

Oliver Jia, an expert on Japan-North Korea relations, was reported by Daily Star as saying: "North Korea's missile tests have become so normalised at this point that I think they're more or less accepted as inevitable now."

The precision bombing drills from South Korea and U.S. officials are said to be a direct response to the North Korean missile launch.