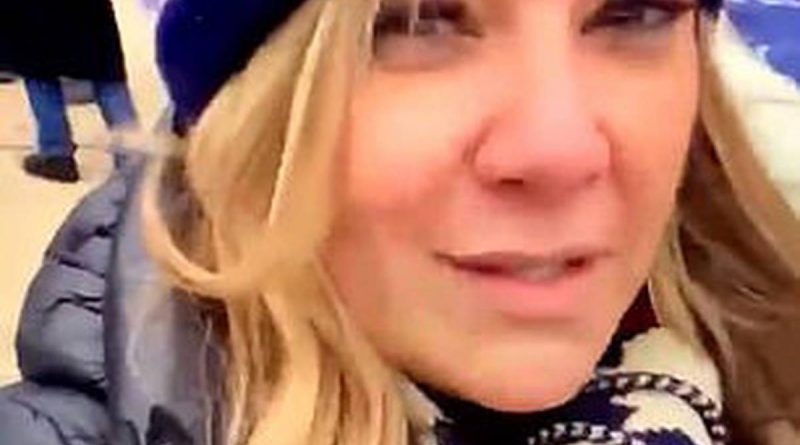 A Dallas-area real estate agent who is facing charges for allegedly being part of the pro-President Donald Trump mob that stormed the US Capitol last week said she’s a “normal person” who listened to her president.

Jenna Ryan, 50, is accused of “knowingly” entering or remaining in the restricted building or grounds without lawful authority and disorderly conduct on Capitol grounds on January 6, according to a criminal complaint filed by the FBI in a Washington federal court.

Matt DeSarno, special agent in charge of the FBI Dallas office, confirmed that Ryan had turned herself in and that her Carrollton apartment was searched on Friday. No personal telephone for Ryan was available, and court records didn’t list a lawyer for her as of Friday.

Ryan shared photos and videos on social media, including a video in which she says, “We’re gonna go down and storm the Capitol,” in front of a bathroom mirror, according to the FBI criminal complaint.

The agent who signed the complaint also noted that Ryan live-streamed a 21-minute Facebook video of her and a group walking toward the Capitol.

“We are going to (expletive) go in here,” Ryan said in the video as she approached the top of the stairs on the west side of the Capitol building.

“Life or death, it doesn’t matter. Here we go.”

Nearly halfway through, Ryan appears to have made it to the front door, chanting, “USA, USA” and “Here we are, in the name of Jesus.”

In an interview with KTVT-TV in Fort Worth, Ryan said she hoped that Trump would pardon her.

“I just want people to know I’m a normal person, that I listen to my president who told me to go to the Capitol, that I was displaying my patriotism while I was there and I was just protesting and I wasn’t trying to do anything violent and I didn’t realise there was actually violence,” Ryan said.

Ryan is the third person in FBI’s Dallas region of northern, northeastern and near western Texas to be named in criminal complaints, DeSarno said.

Retired Air Force Lt. Col. Larry Rendall Brock Jr. of Grand Prairie, another Dallas suburb, was released to home confinement on Thursday after a prosecutor alleged the former fighter pilot had zip-tie handcuffs on the Senate floor because he planned to take hostages.

Troy Anthony Smocks, 58, of Dallas, was arrested Friday after a criminal complaint was filed in Washington accusing him of “knowingly and willfully transmitting threats in interstate commerce.”

Court documents allege that Smocks used social media to post threats on January 6-7 regarding the riots. The threats included that he and others would return to the US Capitol on Tuesday with weapons and form a mass so large that no army could match them.

He threatened they would “hunt these cowards down like the Traitors that each of them are,” specifically threatening Republicans not allied with them, Democrats and “and Tech Execs,” according to a court affidavit.

Smocks could not be reached for comment, and no attorney for him is listed in court records.

Also Friday, the first Houston-area resident to be accused of participating in the riot was arrested. In a criminal complaint filed in Washington, the FBI accuses Joshua Lollar, 39, of Spring, of being the spearhead of a group trying unsuccessfully to break through a line of Washington Metropolitan police officers into the Capitol.

Lollar was charged with violent entry, unauthorized presence in a restricted area and impeding law enforcement during a civil disorder.

He remains in federal custody pending a Tuesday detention hearing. No attorney for him is listed in court records.