Orlando district, which includes the University of Central Florida, recorded a turnout of 105 percent.

In total 795 ballots were cast versus the 754 registered voters according to the New York Times.

The Times reports this is because a number of voters “switched their addresses on Election Day and moved into the precinct”.

Turnout at the presidential election is expected to reach 67 percent, the highest in over a century.

By contrast only 55 percent of voting age citizens cast a ballot in the 2016 contest.

Donald Trump is performing better than polling predicted and has won the key state of Florida.

There are tight races in the key states of Ohio, North Carolina, Georgia, Pennsylvania, Wisconsin and Arizona.

Separately the Democrats have maintained control over the House of Representatives. 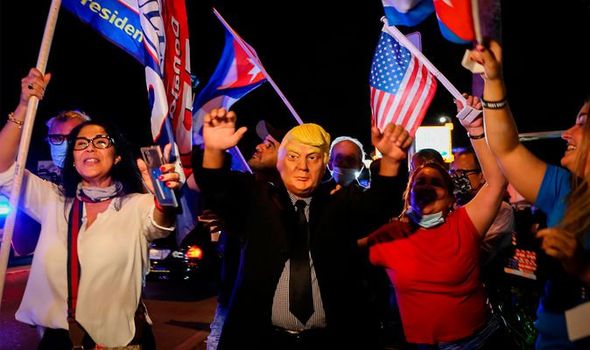 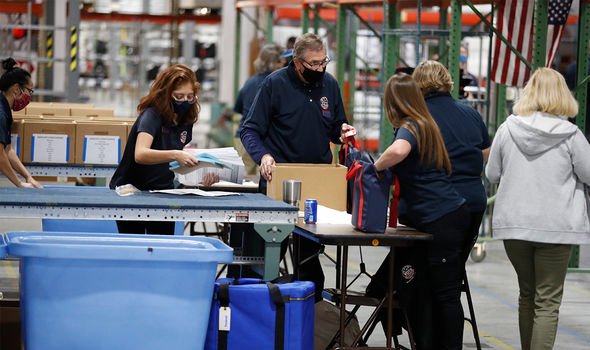 Republicans are vying to maintain their majority on the Senate.

He commented: “WE ARE LOOKING REALLY GOOD ALL OVER THE COUNTRY. THANK YOU!”

Democratic challenger Joe Biden has urged those of his supporters who are queuing to vote to remain in line. 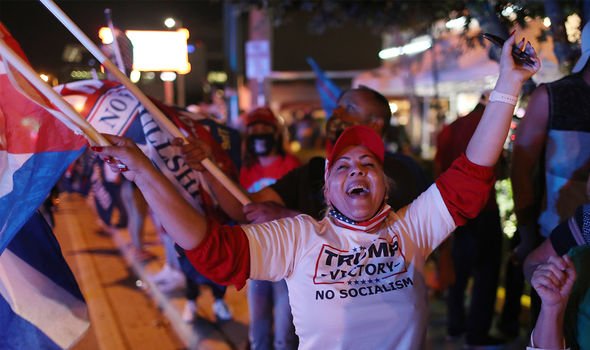 He tweeted: “As polls begin to close in certain parts of the country, remember to stay in line.

“If you’re in line at your polling place before it closes, you’re able to vote.”

On the west coast California, Oregon and Washington State have all being projected to vote for Mr Biden.