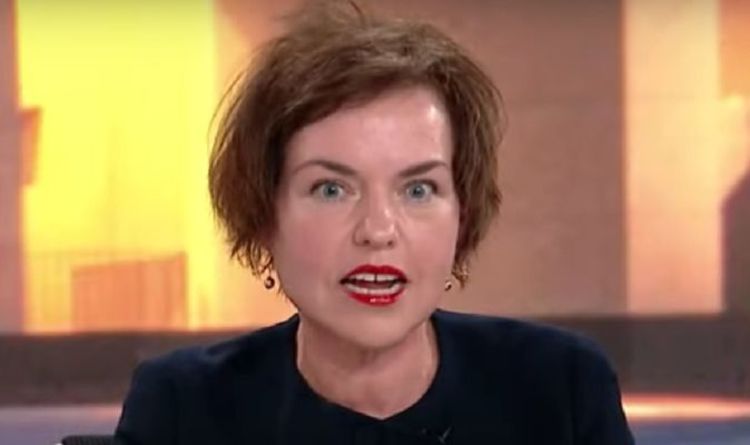 Labor Senator Kimberley Kitching spoke on Sky News Australia and discussed the US’ exit from Afghanistan and China’s plans for the country. Ms Kitching insisted China would be able to put pressure on the US and its allies, most notably India, by strengthening its ties with Afghanistan. She also said that China is not concerned about having a democracy and would rather deal with Taliban authoritarianism.

Ms Kitching said: “We were there in Afghanistan to help create a democracy, to help people and give people rights they never had before and probably won’t have again.

“Hopefully the Taliban won’t be there forever, but I always worry when you see a country go from the column of democracy to the column of authoritarian regimes.

“Of course China is very interested in that, they are not interested in having a democracy there and just want to deal with the Taliban.

DON’T MISS: Portugal on brink of collapse as early election could be called

“I don’t think China comes here while being pure of heart at all.

“That is a very complex geopolitical region.”

The Senator went into details about possible reasons China wants to be able to influence this part of the world.

She said: “One of the reasons is China wants to Afghanistan there so they can sort of negate India’s influence.

“China has been a longtime ally of Pakistan as well, Pakistan and India have many differences.

“India is one of our quad partners, we want India to do well, it is a democracy.

“We don’t want that balance where China has Afghanistan on the other side of India as well as Pakistan.

“I think this is a very serious problem.”

US President Joe Biden and his office have faced significant criticism over the difficulty of pulling out US troops from the country.

Critics have accused him of misleading the international community in an attempt to portray the 20-year intervention in Afghanistan as a success for the US military.

President Joe Biden wanted all US troops to have left the country by the 20th anniversary of September 11, an action he has faced criticism for.