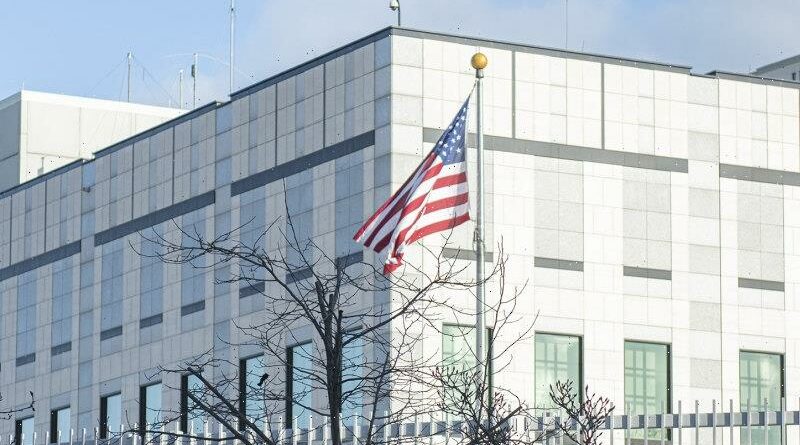 Washington: The United States is relocating its embassy operations in Ukraine from the capital Kyiv to the western city of Lviv, Secretary of State Antony Blinken said on Monday, citing the “dramatic acceleration in the buildup of Russian forces.”

The move comes as US officials warn Moscow could launch an attack on Ukraine, including on Kyiv, any day, after amassing more than 100,000 troops close to the eastern border of the former Soviet republic and more forces in Belarus to the north. 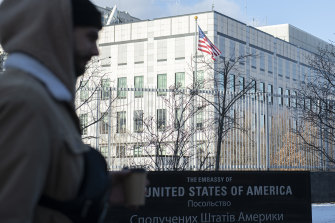 The US Embassy in Kyiv, Ukraine. Credit:AP

Blinken said in a statement the decision was taken out of concern for the safety of embassy staff.

Most embassy staff have already been ordered to depart Ukraine and US citizens have been advised to leave the country.

“My team and I constantly review the security situation to determine when prudence dictates a change in posture,” Blinken said, adding that Washington would continue working for a diplomatic solution to the tensions.

The Wall Street Journal reported that the State Department ordered the destruction of networking and computer equipment at the Kyiv embassy.

Embassy operations were being temporarily moved to Lviv — roughly 50 miles (80 km) from Ukraine’s western border with Poland — but the embassy would remain engaged with the Ukrainian government in Kyiv, Blinken said.

Ukraine President Volodymyr Zelensky urged state officials, politicians, and business leaders who have recently left the country to return to Ukraine within 24 hours to show unity with the nation amid fears of an impending Russian invasion.

“It is your direct duty in such a situation to be with us, with the Ukrainian people. I suggest that you return to your homeland within 24 hours and stand shoulder to shoulder with the Ukrainian army, our diplomacy, and our people,” Zelensky said in a video address.

Ukrainian media reported that some lawmakers and top businessmen had fled the country last weekend after the United States, Britain and other Western countries advised their citizens to leave Ukraine urgently.

“Return to your people and to your country, which was the source of your factories and fortunes,” Zelensky said.